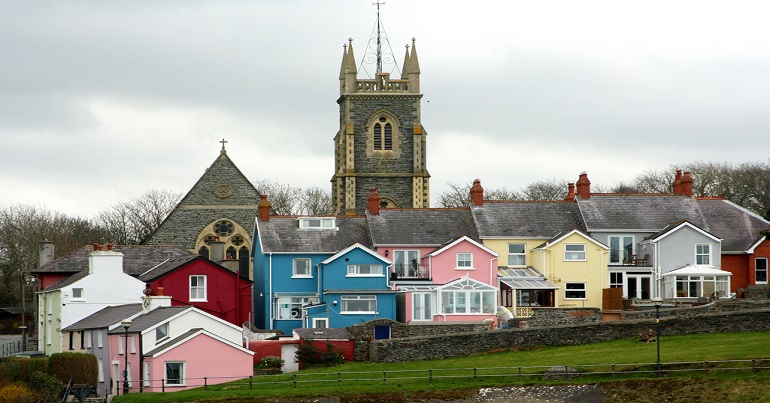 On 17 June, Welsh housing campaigners got some political support for their growing movement. Because a Ceredigion County Council meeting unanimously voted for calling on the Welsh government to deal with the housing crisis.

Councillor Mark Strong brought forward the motion, which calls on the government to:

2. adapt the policy framework to allow for maximum thresholds to be set with regard to the number of holiday homes in a given area;

3. make it compulsory for second-home owners to ask for planning permission before turning a second home into a holiday business or an AirBnB business.

As reported by The Canary, holiday and second home purchases in Wales are damaging local communities. People across Wales are finding it difficult to buy a home their own respective communities.

Campaigners say this is a result of neoliberal housing policy by successive Welsh and UK governments. On 10 July, Welsh language activist group Cymdeithas yr Iaith is asking people to form a ‘human dam’ across the Tryweryn dam near Bala. This ‘dam’ is symbolic of the number of people calling on the Welsh government to take action.

That government action would then:

stop this happening to any more communities in Wales

This passed motion follows Wales’ first minister Mark Drakeford’s announcement on 6 June that he intends to tackle the housing crisis. Drakeford said he:

The housing crisis is a huge problem in Ceredigion and it is good to see that the Council is planning to take action. The Council leader, Ellen ap Gwynn, made it clear at the meeting that this issue needs to be acted upon – this kind of political will by the Council is undoubtedly to be welcomed.

The crisis is a national problem. As part of our ‘Mwy Na Miliwn’, (‘More than a million’) policy vision for this Senedd term, we propose a package of policies that should be implemented in order to solve the current crisis.

As well as implementing the Council’s calls, the Government also needs to cap the percentage of second homes in any given community, control rent prices so they are affordable for people on local incomes and introduce a super-tax for landlords which would go towards investing in bringing empty homes and second homes back to community use. A Property Act should also be introduced that will give communities control over the housing market and secure a local home for all.

I expect Mark Drakeford to listen very carefully to us today and to act on what we are saying… It is important that young people are able to have a stable home of their own. I’m sure most of us here live in a stable home, and that most, if not all, of us own our own house, but thousands of people are now suffering the risk of permanently not being able to buy a house because of such unfair competition coming from very wealthy people who can buy a second or third house.