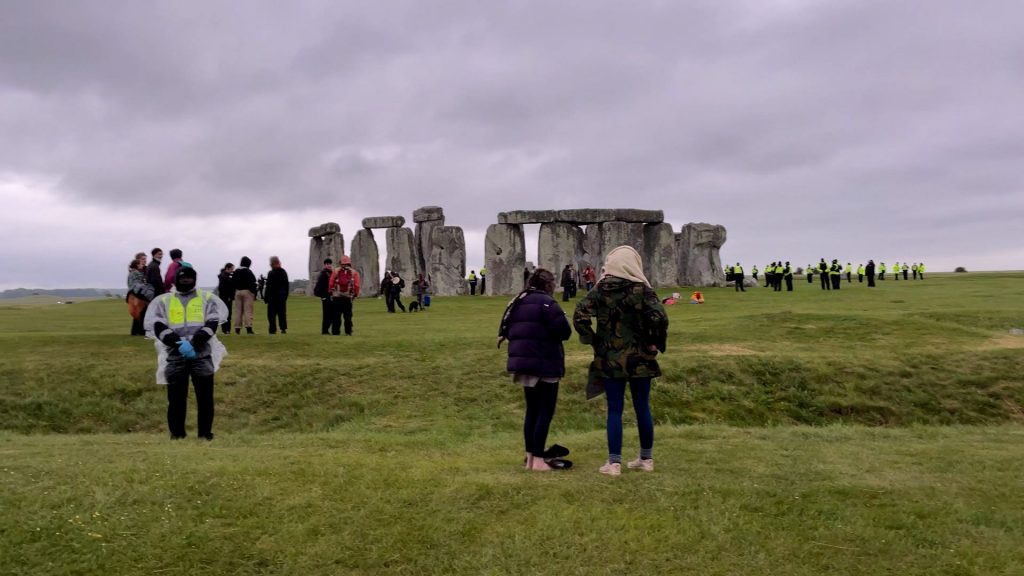 English Heritage pulled a live feed of the summer solstice sunrise at Stonehenge after people disregarded advice not to travel to the site. The organisation said safety reasons were behind the lack of an available live feed of the neolithic Wiltshire monument at sunrise at 4.52am.

Video from the scene showed around a hundred people inside the stone circle and a banner reading “Standing for Stonehenge”. Thousands of people tuned in to English Heritage’s Facebook and YouTube pages for the solstice and saw pre-recorded footage of the stones.

The live feed returned at around 5am showing largely cloudy skies.

I must say we have been disappointed that a number of people have chosen to disregard our request to not travel to the stones this morning and that is the reason why we haven’t been able to bring you the pictures that we would have liked to have done.

It is disappointing to see that happen but unfortunately in those kind of situations we have to put the safety of our staff members first and that’s why we have had some interruption this morning.

We have been told by police that people have now been dispersed and the situation is under control.

English Heritage did not elaborate on how the attendance of people at the site prevented them from showing a live feed of the sunrise.

The monument was preparing to welcome visitors in person until the Government delayed the easing of lockdown into July, with English Heritage calling on people to watch their live-streams.

Normally, up to 30,000 people would gather to watch the sun rise over the stones on the longest day of the year, but it was a virtual event for the second consecutive year.

On the summer solstice at Stonehenge when skies are clear, the sun rises behind the Heel Stone, the ancient entrance to the stone circle, and rays of sunlight are channelled into the centre of the monument.

It is believed solstices have been celebrated at Stonehenge for thousands of years.

I would like to apologise on behalf of myself and the English Heritage team for the difficulties that we have had this morning.

It hasn’t gone according to plan as you might have guessed by now. We’ve been doing our very best to bring you the kind of content we know that you wanted and we wanted to as well.

Separately, police closed off an area near Avebury stone circle over fears the restrictions at Stonehenge would lead people to gather there.