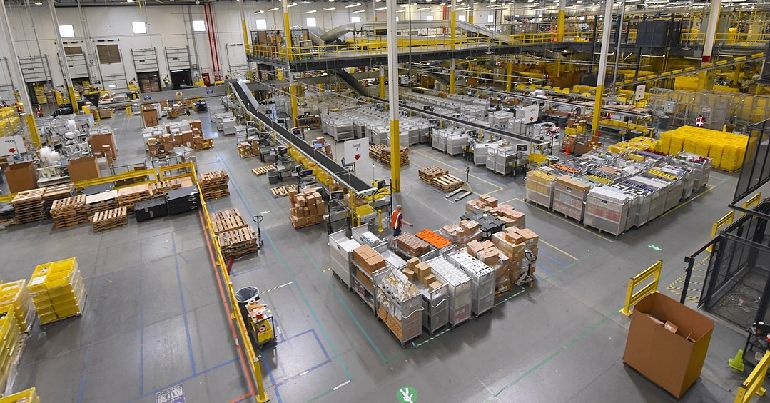 GMB Union has called out the ‘inhumanity’ of working conditions at Amazon, after research revealed workers are more likely to suffer injuries in the run up to key sales events.

Investigations by GMB found that the number of ambulance call-outs from Amazon warehouses spikes in the run up to events such as Black Friday and Christmas.

Amazon workers have broken bones and been knocked unconscious. Some have had to stand for hours while pregnant. And some have needed ambulances due to breathing problems and chest pains, according to the union’s research.

Data from three ambulance trusts from 2016 to 2019 showed that ambulances responded to calls from Amazon warehouses 23 and 29 times in October and November respectively. These figures before Black Friday and Christmas were much higher than the eight calls outs each in May and June.

Amazon has continually come under fire for poor working conditions. Employees say the high targets the company expects them to hit stop them from using the toilet or having a drink.

Another Amazon employee described how the speed they’re encouraged to work at stops workers from taking health and safety precautions.

Amazon workers have protested against the working conditions in warehouses. Some employees have also said they have had problems accessing sick pay when needed.

According to previous GMB research in 2018, Amazon warehouses called ambulances 600 times during a three-year period. More than half of these calls resulted in hospitalisation.

More than 600 serious health and safety incidents were also reported at Amazon warehouses over 36 months 2015 to 2018.

We know Amazon fulfilment centres are dangerous, stressful places to work at the best of times. In the run up to key sales events like Prime Day the inhumanity of working conditions at Amazon warehouses goes into overdrive.

Workers are expected to operate like robots gone haywire, picking and packing at a furious rate to meet completely unrealistic targets. It’s time for the richest company in the world to invest in safety, sit down with GMB and make sure staff work in a safe environment.

Coinciding with Prime Day today, GMB has launched a place for workers to report safety incidents and concerns.

A spokesperson for Amazon said:

Amazon is a safe place to work. Yet again, our critics seem determined to paint a false picture of what it’s like to work for Amazon. They repeat the same sensationalised allegations time and time again.