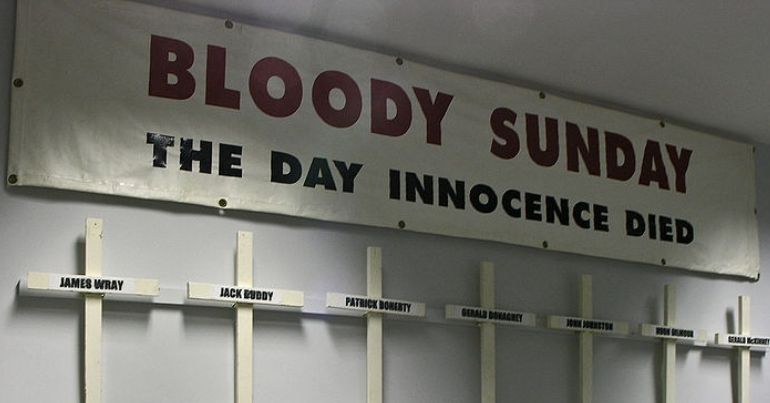 The Bloody Sunday murder trial, which the Public Prosecution Service (PPS) dropped last week, may not be over quite yet. A court ruling means that the brother of one Bloody Sunday victim can contest the decision to drop charges.

The accused, known as Soldier F, was being tried for the 1972 Derry killings until last week. The Northern Ireland PPS judged that certain evidence was likely inadmissible following a ruling in another case. It decided not to proceed with the case.

A brother of one of those shot dead on Bloody Sunday has secured High Court permission to challenge the decision to drop murder charges against Soldier F. Michael McKinney was granted leave to seek a judicial review of the PPS determination that the soldier should not stand trial

William McKinney died during the massacre in Derry in 1972. And his brother Micheal has now won the right to challenge the judge’s decision. On the same day, 13 people died when paratroopers opened fire on civil rights protestors in the Irish city. Another died later. Many more were wounded.

In 2010, following years of investigations, the UK government apologised for the killings. Then-PM David Cameron said at the time:

The conclusions of this report are absolutely clear. There is no doubt, there is nothing equivocal, there are no ambiguities. What happened on Bloody Sunday was both unjustified and unjustifiable. It was wrong.

Soldier F had been charged for the murders of William McKinney and a second man James Wray. But the PPS dropped the case after evidence in an earlier, similar trial was ruled out. Proceedings against Soldier F were expected to be fully dismissed at a Derry court on 9 July.

Meanwhile, Irish News reported that the judicial review Michael McKinney had pushed for would be held in September.

The PPS should not have contemplated discharging Soldier F in circumstances where the High Court is already actively considering the decision making surrounding decisions not to prosecute F for his involvement in two further murders.

On securing the challenge from the High Court, Michael McKinney said:

The position it adopted was a source of great distress to our family. This represents a victory for us and Jim Wray’s family and those wounded by Soldier F.

Soldier F was the only paratrooper expected to face trial over the events of Bloody Sunday.

The collapse of the case against him means it is now likely that nobody will ever face charges over the events in 1972. https://t.co/OkNgJQDXsc

In this nearly 50-year old case, the judicial review gives the Bloody Sunday families another chance at justice.