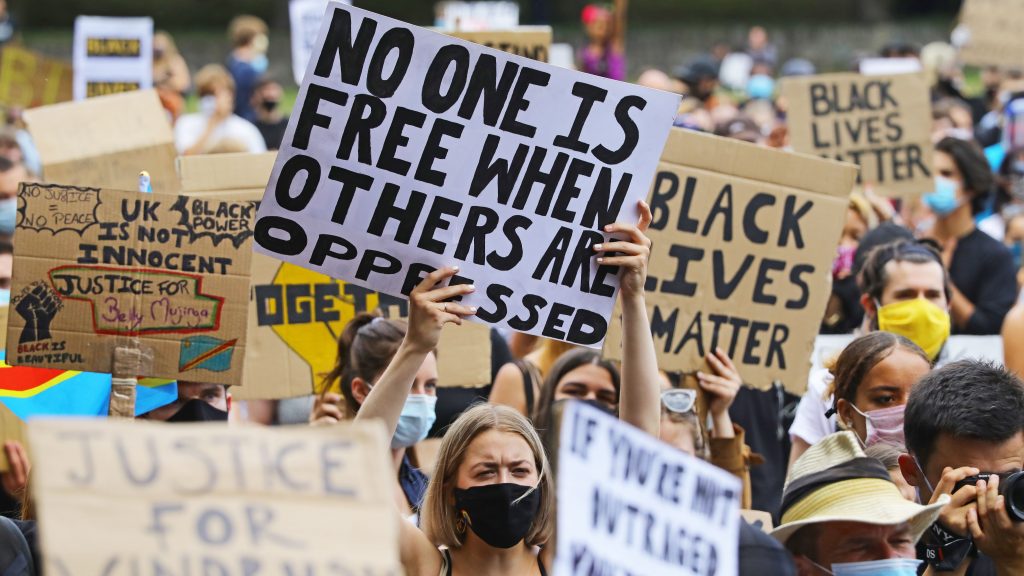 The UK government is in breach of its human rights obligations under a key UN treaty aimed at eradicating racial discrimination, a report has warned.

Racism is systemic in England, and legislation, institutional practices, and customs continue to harm minority ethnic groups, according to research compiled by the Runnymede Trust. It found the government is in breach of numerous articles of the UN International Convention on the Elimination of All Forms of Racial Discrimination (ICERD).

The government is required to submit regular reports to the Committee on the Elimination of Racial Discrimination, which monitors adherence to the treaty. These are accompanied by shadow reports from civil society groups, both of which are used by the UN to assess progress on racial equality.

However, the government did not submit a report due in April 2020 after agreeing an extension amid the coronavirus pandemic.

A spokesperson said the government has made “significant progress” since it last reported to the ICERD. It’s working on submitting its next report later this year.

The latest report, produced by the Runnymede Trust following an Equality and Human Rights Commission (EHRC) tender, was drafted with evidence from more than 100 civil society groups.

Its publication comes amid condemnation from the prime minister, Duke of Cambridge and others over the tide of racist abuse directed at Black football players following England’s defeat in the Euro 2020 final against Italy on 11 July. Boris Johnson, however, has attracted criticism of his own:

Boris Johnson and Priti Patel gave a green light to the racism our England stars are facing. They stoked this abuse.

Now they're feigning outrage. None of us are fooled. pic.twitter.com/avRApTpAzK

PM: “I’ve commented many times about the words I’ve said in the past…I think the House understands that you can take things out of context.”

Blackford: “After the shocking racism on show over the last week does the prime minister stick by his belief that systemic racism isn’t a problem in the UK?”

The PM repeats his claim that those words were taken out of context. He’s the article from which those words were taken: “it is said that the Queen has come to love the Commonwealth, partly because it supplies her with regular cheering crowds of flag-waving piccaninnies.” pic.twitter.com/sDDwdp8z5F

The report says minority ethnic groups face sustained disparities across health, the criminal justice system, education, employment, immigration, and politics. The authors write that they believe the government’s new approach to equalities will fail to improve these outcomes “and may in fact worsen them”.

They also question findings from the UK’s Commission on Race and Ethnic Disparities (Cred) earlier this year, which concluded that the system is no longer “deliberately rigged” against ethnic minorities in Britain. They argue that Cred’s conclusion “misrepresents the scale and complexity of the issues” and starkly contrasts with the evidence received for the current report.

Evidence suggests racial inequality has worsened in some areas since the last shadow report was published in 2016, the report finds. It says it is “particularly alarmed” over the Government’s Electoral Integrity Bill, the Police, Crime, Sentencing and Courts Bill, and the new plan for immigration.

It believes the government’s immigration measures “stand in clear breach of ICERD” and the new Immigration Bill could pose a “significant threat” to ethnic minorities’ rights. They also say the government has not acted on several recommendations made by the ICERD in 2016, such as to provide protection to victims of dual or multiple discrimination and to make caste an aspect of race under law.

She told the PA news agency:

There are very clear signs that things are much worse in certain areas than they were before, and also upcoming legislative choices that are being put forward… have real implications in each of these areas in terms of the rights of black and minority ethnic groups.

Kapoor said it is “hugely significant” that some UN recommendations were not acted upon, with health identified as an area of concern. She added:

Particularly around health inequalities, the fact that these weren’t listened to five years ago, we now see the very real implications of that in the devastating death rates for black and minority ethnic groups during this crisis.

Dr Halima Begum, Runnymede Trust chief executive, said progress has been made, citing the rollout of the coronavirus (Covid-19) vaccine to ethnic minority groups and efforts to address the Windrush scandal. She continued:

But race has become a needlessly fractious issue in the national discourse, and many members of our black and minority ethnic communities continue to experience stark disproportionate outcomes in their life chances.

From stop and search to inequalities in maternal health, lower levels of home ownership to constraints on pay and professional opportunities, this report provides further evidence that taking a colourblind approach to equality will not be the most effective way to achieve social mobility.

A government spokesperson said it will provide a response to the Cred recommendations which will form its action plan for tackling inequalities:

We have made significant progress and in fact have gone far beyond our commitments to the ICERD since our last report in 2015 and will provide an update in due course.

They also attempted to discredit the report, claiming:

The Runnymede Trust’s shadow report contains many errors and is too simplistic in saying that structural or systemic racism is driving all the disparities outlined in their report.

A Cred spokesperson said it is reaffirming its call for the government to deliver its recommendations following the “tragic events” of the last week. He said:

We stand in solidarity with those black English footballers who received vile racist abuse after doing us all proud.

We know from our own experiences as commissioners both before and after our report was published what it is like to be singled out and abused online because of your race. There must be no safe space for racists.

The Runnymede report is calling for the government to ensure its laws and policies fully comply with the ICERD’s definition of discrimination, and urgently implement a strategy to advance race equality. Other recommendations include engaging with social media platforms to tackle the incitement of racial hatred online, and ensuring effective systems for reporting hate crime and recording data.

The divisive and dishonest Sewell report into race inequality represents the biggest lost opportunity to effectively tackle systemic racism in the UK.

This shadow report, in sharp contrast, offers a number of strategic recommendations which together present a sorely needed comprehensive race equality strategy fit for the 21st century.