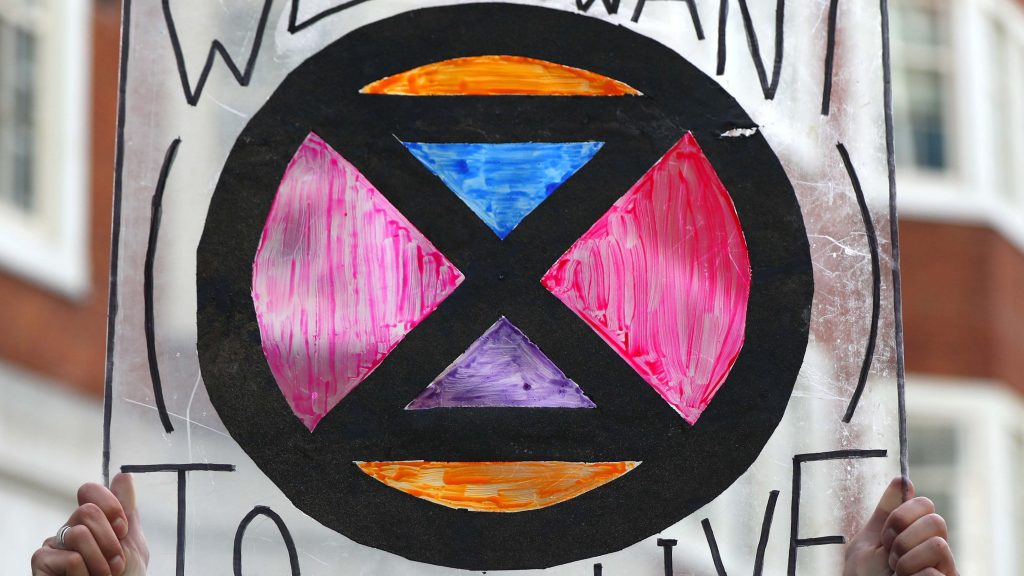 Environmental campaign group Extinction Rebellion is gearing up for another two full weeks of climate protests, which are due to take place across London.

The group says thousands of people are expected to take part in their “Impossible Rebellion”, which plans to “target the root cause of the climate and ecological crisis” by disrupting The City of London.

The call to action states:

We’re at a crucial moment in history. Our climate is breaking down and life on Earth is dying: accelerated by our economic system and supported by politicians.

Do you feel powerless to change anything? You are more powerful than you think.

Join the Rebellion and together we will make the politically impossible inevitable.

The Metropolitan Police said a “significant” operation would be put in place to manage the protests over the busy bank holiday weekend.

In a statement, the group said: “Beginning on Monday August 23, Extinction Rebellion will take to the streets again, with plans to disrupt the City of London to target the root cause of the climate and ecological crisis – the political economy.”

The group says disruption will continue until the government agrees to stop all new fossil fuel investment immediately.

The movement has gained support from celebrities including actor Jerome Flynn.

Flynn attended a protest on Sunday evening in which three activists scaled the entrance of the Guildhall building in central London.

A crowd of around 200 people gathered as the trio sprayed red spray paint over the walls of the building and unfurled a banner reading “co-liberation freedom together”.

The Game Of Thrones actor told the PA news agency it was “more urgent than ever” for people to take a stand together.

“We’ve gotten used to certain systems that are life destructive, we created them, we’ve become addicted to them and we know the world is burning as a result,” he said.

“It feels needed and more poignant and more urgent than ever to come together.

“It’s time to collaborate, there are so many things that are trying to polarise us and pull us apart.”

The Metropolitan Police said a total of nine people had been arrested on Sunday in connection with the activities.

A further person was arrested for going equipped to cause criminal damage and all are in police custody, the Met said.

Find out how to get involved in the rebellion here.