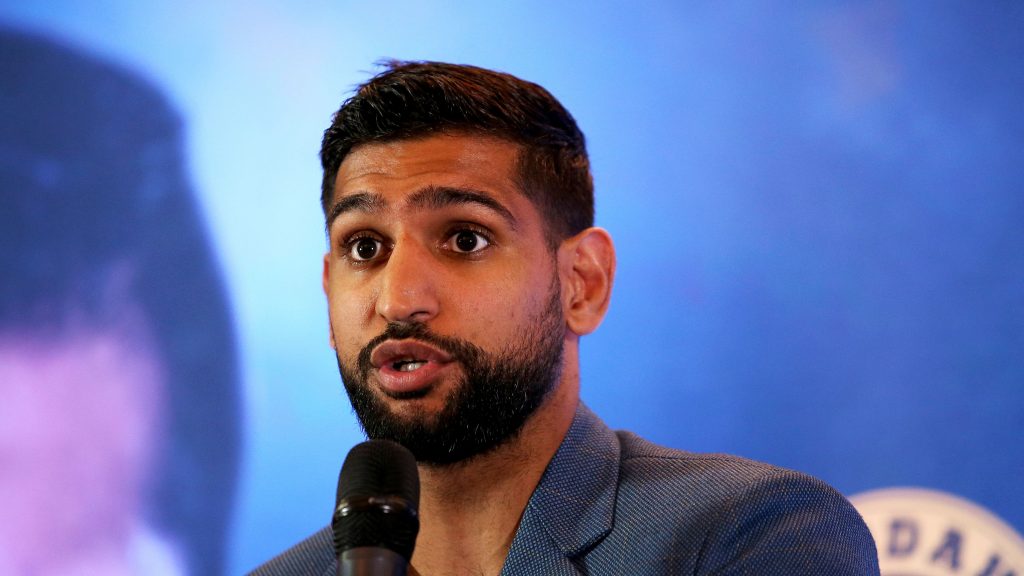 British boxer Amir Khan has said police escorted him off a flight in the US “for no reason”.

In a video posted to Twitter on 18 September, Khan claimed he had been “banned” by American Airlines.

He said he was trying to fly to a training camp in Colorado from New York. But he and a colleague were removed when someone complained his colleague’s mask “was not high enough”.

Khan spoke of being “disgusted” by the incident:

Disgusted to be banned by @AmericanAir and @traveloneworld for not been able to fly to training camp, i got escorted by police off the plane for no reason. I would like to see evidence for any wrong doings! #AAteam #Notallterrorists pic.twitter.com/dL3UfFcYYl

I was taken off the plane today when I was going to training camp to Colorado Springs by the police.

Obviously a complaint was made by American Airlines staff, they said that my colleague’s mask was not high enough and not up, that they had to stop the plane and take me and my friend off when I did nothing wrong.

The former world champion said the incident had thrown off his plans and was “really upsetting”:

They kicked us both off, I was sat on 1A, he was sat on 1B – I find it so disgusting and disrespectful, I was supposed to go to Colorado springs for a training camp and now I’m back in New York for another day.

Now I have to reschedule another airplane to travel back to training camp which is really upsetting, for no reason this was and I’m just so disgusted that American Airlines would do this to us and ban me from travelling.

I’m sure there must be cameras on the airplane that they could see, or someone should see, to see that if my colleague really was bad in anyway or caused a scene in a way where he had to be taken off the plane – I’ve never seen this happen before.

Khan is Muslim and of Pakistani origin. Following 9/11, there have been a number of instances of discrimination against Muslims on flights, particularly in the US.