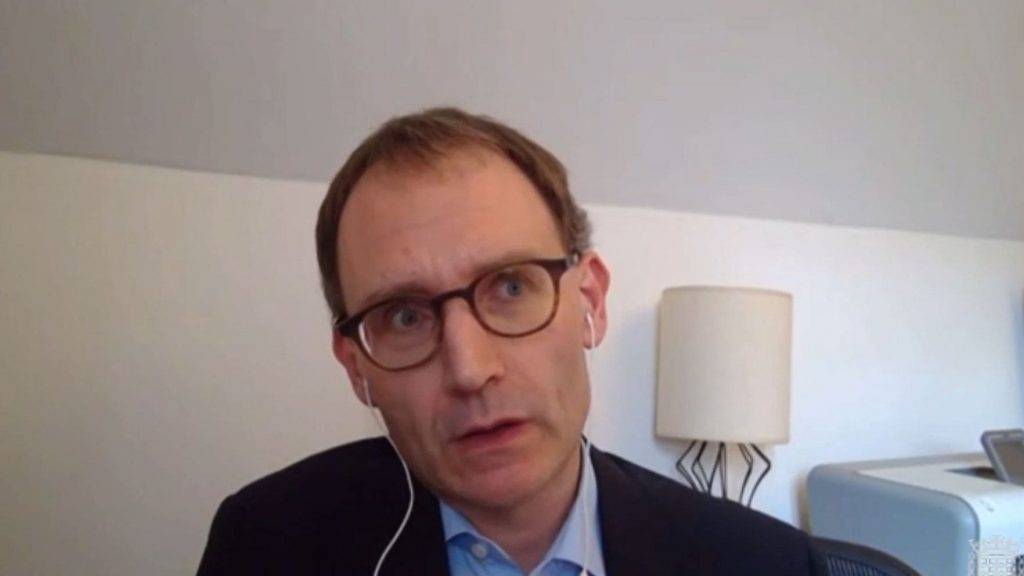 The UK does not have much “headroom” for rising coronavirus (Covid-19) cases before the NHS becomes “heavily stressed”, an expert advising the government has told MPs.

Professor Neil Ferguson, a member of the Scientific Advisory Group for Emergencies (Sage) from Imperial College London, said the political decision to “live with Covid” was behind the UK’s current level of transmission, which is higher than in many other countries. He also reiterated his belief that the UK was too slow to lock down last autumn, a decision that cost lives.

Ferguson suggested the government’s Plan B for tacking coronavirus, which could see mandatory face masks brought back, Covid passports introduced, and people told to work from home, could be triggered if hospital admissions reached 1,200 a day from the current figure of about 600.

He told the all-party group on coronavirus:

We are starting with quite a high incidence and so we don’t have very much headroom for increases.

If we compare, for instance, incidence of Covid cases per day in France, Germany, Spain, Italy and Portugal, there is a much lower level than us, so they can afford to see something of a surge of transmission, which they may well, without unduly stressing the health system.

We are much closer to the limit of what the NHS can cope with. We will come on to plan B, I think that is what is exercising Whitehall and policymakers, is that limited headroom.

He said there was a high level of unpredictability in the modelling but added:

We could see continued flat incidence, even slow decline if we get boosters out quickly.

So it’s not guaranteed we will see a large winter surge by any means, but we can’t afford, at the current time, to have too much of a winter surge before really the NHS is very heavily stressed.

Asked about what other countries were doing, and whether the UK wants to keep case rates down, Ferguson said:

The Government clearly has said, it’s not really science here, it’s a political judgment, they want to live with Covid.

Their prime criteria for acting is additional pressure on the NHS.

Ferguson, whose modelling was instrumental to the UK going into lockdown in March 2020, also told MPs that the number of people who have died from coronavirus is intrinsically linked to when governments intervened to lock down. He said:

Historically, looking back on the pandemic, the principle determinate of mortality has been timing of interventions relative to the stage of the epidemic reached in a particular country.

And that explains certainly nearly all the variation I’ve seen across Europe in the first  wave of transmission.

I think a lot of countries frankly were much too slow in acting in the autumn of last year.

I wouldn’t pick out the UK uniquely. Clearly there are some countries, like Denmark and others, who acted promptly, but a lot of the big nations in Europe acted rather slowly.

He said the UK had been unfortunate in seeing an early rise in Alpha variant cases and had been the worst-affected country in Europe by the Delta variant:

So some of these things are misfortune, let’s say, and I think I’ve been much more content with the timeliness of interventions since about December of last year than previously.

But still, it all comes down to timing.

Ferguson said the key determinates of what is going to happen in the next few months, given that most countries have relaxed most social distancing, “is the level of population immunity traded off against the level of contact rates in the population”.

He said the UK was now behind Spain, Portugal, and “probably even France and Netherlands” in terms of population immunity. However, people in the UK were not seeing each other and having the same level of contact as before the pandemic, which was helping the situation. He said:

I don’t think we’re in a position where we can make reliable predictions of what the next few months will hold,  (but) the key uncertainties are: what will happen to population immunity – we know that it wanes over time; what will happen to contact rates in the population; and then layered on top of that, the effect of seasonality in transmission due to climate – which we still don’t fully understand either.

I personally think it’s unlikely we’ll see a very large wave comparable to what we saw in the second wave last year, but we could still see quite a substantial wave of transmission, and the real challenge will be the extent to which that stresses the NHS, where capacity is limited.

The expert told MPs that in order to move away from the “emergency situation” of the pandemic, the “number one thing” the government can do is “increase vaccination coverage, increase booster coverage”.

He added that he believed that over the next few years the country would see seasonal surges of transmission that will “challenge the health system on top of flu and everything else”.

Whether we need in some years to come to rely on some degree of mitigation beyond just vaccination remains to be seen.

Also speaking to MPs, Martin McKee, professor of European public health at the London School of Hygiene and Tropical Medicine, said the UK was “not doing well” in terms of cases or daily deaths when compared with other European countries. He added:

In terms of vaccine uptake –  we were well in the lead at the beginning, but we have slipped considerably so we’re running at about 66% or so of the total population