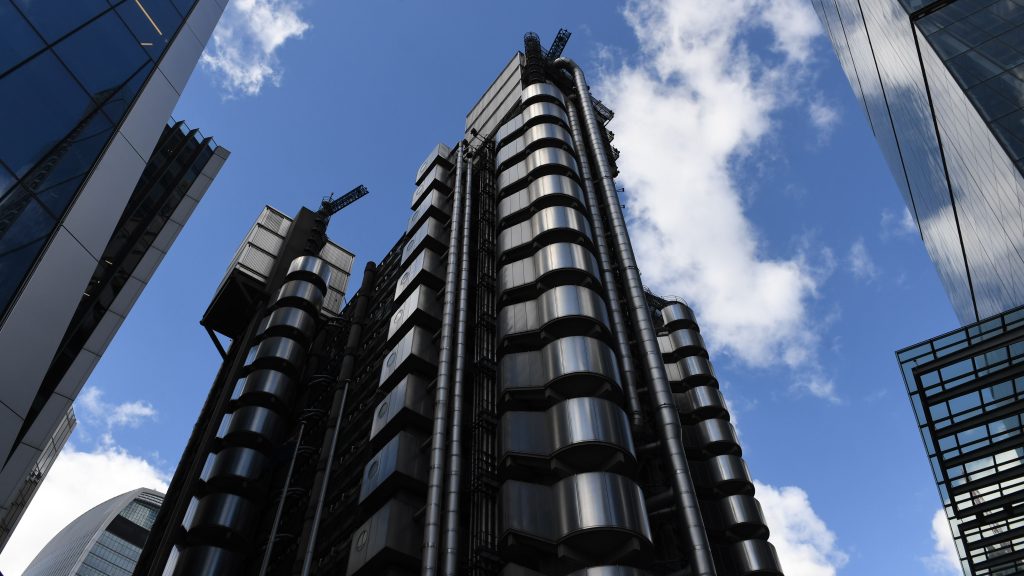 Climate protesters have used superglue, chains and bike locks to block entrances to halt all trading at major insurance marketplace Lloyd’s of London:

XR Rebels locked on at Lloyds of London building, today. By insuring Fossil Fuel companies, @LondonLloydsof are ensuring the death of our planet. #ExtinctionRebellion pic.twitter.com/tHIkoT00uI

Extinction Rebellion (XR) said more than 60 activists had been at the central London building since 7am on Tuesday 12 April. They aim to close the business for the day.

The environmental protest group said it is demanding that Lloyd’s of London stops insuring fossil fuel projects. It highlighted the Trans Mountain Pipeline extension in Canada, which is being insured through the Lloyd’s marketplace. Kayah George, of the Tsleil-Waututh Nation and Tulalip Tribes, said:

The Trans Mountain tar sands pipeline threatens my nation and our sacred Sleilwaut (Burrard) inlet; our place of creation. The pipeline poisons our clam beds and violates the rights of many Indigenous communities along its length and at its source.

XR said people had also scaled the outside of the building and unfurled banners reading “End Fossil Fuels Now” and “Insure Climate Justice”.

As employees arrived for work to find the building closed, they were greeted by members of XR’s TruthTeller project. The TruthTellers invited them to blow the whistle about any planet-damaging plans being insured by Lloyds. A flier addressed “Dear Lloyds of London” noted that CEO John Neal recently backtracked on a report that promised to phase out the most damaging activities by 2030.

As a fellow human being are you happy to help him take us down this highly dangerous path? As a Lloyd’s professional, do you think it makes long-term business sense to double down on a doomed sector? If not, we invite you to speak up. We also invite you to whistleblow.

Police were called to the bridge after protesters occupied the famous landmark and unveiled a green banner reading: “End fossil fuels now”.

We’re here to demand an end to all new fossil fuel investments and insurance. By underwriting the world’s most deadly fossil fuel projects, they are creating climate chaos – floods, famine, wildfires and death.

Insuring new oil and gas projects in the North Sea will do nothing to solve the cost of living crisis either. Instead, it locks us into a system that’s already pushing millions into poverty.