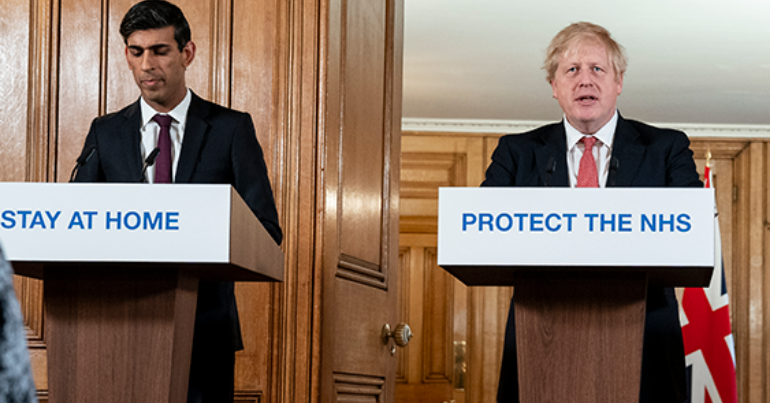 Boris Johnson and Rishi Sunak, amongst others, have been given fixed-penalty notices for breaking lockdown laws. Both Keir Starmer and Nicola Sturgeon called for the two to resign.  A YouGov snap poll showed that most of the public also thought Johnson should resign.

Quibbles about the birthday cake not leaving its tupperware aside, it’s more than a little crass to downplay Johnson and Sunak’s actions. Actions which, for the record, they have lied about multiple times.

It must be said, however, that we are very much not at war with Russia. But before we even come to the conflict in Ukraine, the UK has had a hand in wars in Syria, Yemen, Iraq, Afghanistan, and more. The UK’s involvement in these areas has taken the form of the supply of weapons, interventionist approaches to conflict, and the repeated attempts at a war on terror. Thanks to the military industrial complex, war can be outsourced.

Now, for Ukraine. The Daily Mail headline of “Don’t they know there’s a war on?” makes it sound like Johnson is a beleaguered prime minister holed up in a war room. Like he’s leading military operations as enemies advance into the UK. That is far from the truth.

While the Daily Mail may struggle to care about more than one issue at once, many others in the country have not been able to afford such luxuries.

The strain of the coronavirus (Covid-19) pandemic has left almost half of NHS critical care staff with PTSD, depression, and anxiety. A Guardian report from 2021 said:

More than one in seven clinicians and nearly one in five nurses working in ICU reported thoughts of self-harm or suicide, according to the study, published in the journal Occupational Medicine.

As news of Johnson and Sunak’s fines made headlines yesterday, NHS staff expressed their hurt and dismay online.

Many developed severe PTSD as a result of what they experienced.

Many NHS staff contracted covid at work and died.

All while our leaders were out partying.

Then they lied about it.

They simply don't care about us.

UK coronavirus rates remain near or at record levels whilst the NHS is under even more pressure. The British Medical Association (BMA) published an analysis that shows how the pandemic has made things even worse. They cite:

As the pandemic shows no signs of slowing down, the NHS continues to crumble under the pressure. NHS staff who were already struggling are left with a political leadership who quite literally partied while staff were on the frontlines.

Many other people had to watch loved ones die alone, hold stripped back funerals, and grieve alone. Naturally, many people shared their thoughts on the likes of Sunak and Johnson’s disregard for lockdown laws.

Louise Dillon’s son died in 2020, and she shared this memory:

This ‘it was just a cake for 10 minutes’ line has to stop.

This was Fred’s 14th birthday. His brother, his friends weren’t allowed to ‘pop in’. My husband was allowed to be with us, for the first time in over a week.

I followed the rules, my mother died alone in a covid ward. They lied, broke the rules they made, broke the law while in office. Their “unreserved” apologies and supporting MPs have me so upset I am nauseous. Deeply sad for the state of our society allowing any of this to happen.

Rachel Curtis described having to be alone during a suspected miscarriage:

The Prime Minister ignored the laws we all obeyed. I went into hospital, with a suspected miscarriage alone. When I found out my baby had died, I was alone. When I was told I needed surgery I was alone. No friends or family could visit me at home. I will not forget or forgive.

There are countless others across the country who followed the letter and spirit of the lockdown laws. They did so even while their loved ones died alone, when they couldn’t grieve together with others, when they themselves were in pain. Meanwhile, the political leadership of this country broke the very laws they made.

Having the likes of the Daily Mail brush aside these concerns is to be expected, certainly. However, that doesn’t make it any easier to stomach. What is not needed in this moment is a compliant media using phoney jingoism to brush any scandals under the carpet. What is needed instead is a media which will reflect the concerns of the people who have been so thoroughly insulted and let down by this government of incompetents.