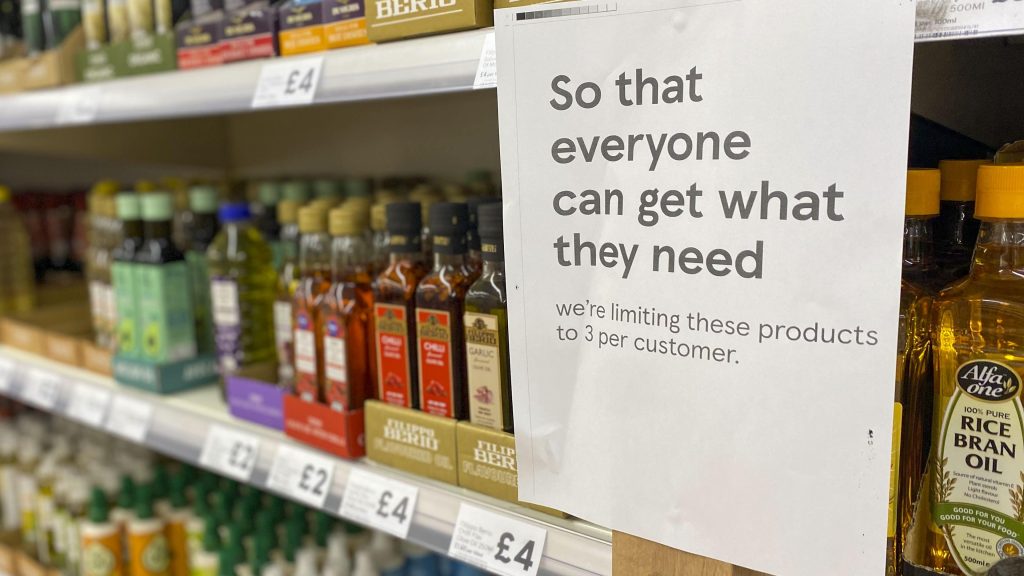 The price of groceries is increasing at its fastest rate in 11 years, adding an extra £271 to the amount average households will pay at the till this year.

Data from Kantar showed that grocery price inflation hit 5.9% in April, as the number of items on promotion decreased. It is the fastest rise since December 2011.

The average household will now be exposed to a potential price increase of £271 per year.

A lot of this is going on non-discretionary, everyday essentials, which will prove difficult to cut back on as budgets are squeezed.

We’re seeing a clear flight to value as shoppers watch their pennies. The level of products bought on promotion, currently at 27.3%, has decreased 2.7 percentage points as everyday low price strategies come to the fore.

They argued that inflation – which tracks the cost of the same items over time – is an imperfect way of measuring how much prices are increasing because the cheapest products are no longer available.

Your regular reminder that yes while I write ultra cheap recipes in order to try to help people survive under the callous indifference of 3 consecutive Conservative Governments, I will also never shut up about the gross injustice that anyone should need them in the first place.

McKevitt said supermarkets have been listening, with Asda, Morrisons and Tesco all taking steps to offer cheaper food to customers.

Kantar found that supermarket sales dropped 5.9% over the 12 weeks to April 17.

Sales are also, for the first time since the pandemic started, 0.6% below where they were two years ago. This period now takes into account the early days of the first lockdown.

Aldi is the fastest growing retailer, with its sales increasing 4.2%, while Lidl saw a 4% rise.

Over one million extra shoppers visited Aldi and Lidl respectively over the past 12 weeks compared with this time last year.

Both retailers achieved record-breaking market shares, with Aldi now holding 8.8% while Lidl stands at 6.6%. Collectively, the two discounters account for 15.4% of the market – up from just 5.5% a decade ago.

Tesco was the only other retailer whose market share grew over the period – by 0.3 percentage points to 27.3%.

The Joseph Rowntree Foundation urged quick action from the government:

Households on the lowest incomes recently experienced a real-terms cut to their incomes after the Government chose not to act to protect the value of benefits.

Without urgent action many people will be facing increasingly desperate situations https://t.co/fBivRuISzW

The Trussell Trust asked for people affected by the cost of living crisis to get in touch:

Have you been affected by the rise in food and energy prices?

We believe in a future where everyone can afford the essentials, and would love to hear your experiences of the #CostOfLivingCrisis to help us push for long-term change. Find out more at 👉 https://t.co/wpVUMePW2E pic.twitter.com/7yTIMZXeNu