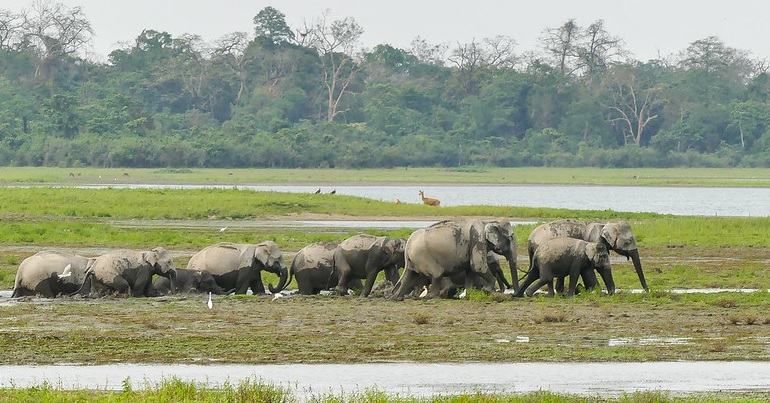 The Conservative government is facing resistance to its apparent backpedaling on planned legislation to protect non-human animals overseas.

A raft of organisations recently wrote to the prime minister to express their “extreme disquiet”. This was in response to rumours that elements of the Animals Abroad Bill are destined for the parliamentary shelf. In particular, the signatories called on the government to make good on the bill’s “promise” to ban unethical tourism advertising. Because this advertising relies on the ‘brutalisation’ of elephants, particularly endangered Asian elephants.

Overwhelming support for a ban

The open letter landed in the PM’s mailbox at the end of a week of discontent among the wider public over the issue. As the Mirror reported, on 20 April Save the Asian Elephants (STAE) released the results of a poll it commissioned. The poll found that 85% of people agreed the government should ban the advertising of venues which involve brutality against elephants.

As The Canary has previously highlighted, elephants are wild animals. They’re not inclined to let people ride on their backs, or feed them, or to paint and do other absurd tricks. They do so at entertainment venues because they have generally been tortured into obedience through a process called pajan. This process can involve beating, crushing and starving the elephants, to name but a few of the horrors, in order to subdue their natural spirits. Moreover, this often happens to babies, who are ripped from their family units at a young age, as they’re easier to brainwash. Their families may be killed in the process.

This sort of tourism has implications for the survival of Asian elephants. The letter says the species has “been designated as endangered for over 35 years”. And it adds that their use in tourism in Thailand in particular grew by 70% between 2010 and 2020.

There are also health risks for both elephants and humans in relation to the transmission of diseases. And interacting with these traumatised elephants can be dangerous for humans in other ways, too. Helen Costigan’s sister, Andrea Taylor, died after an elephant charged at the audience in a venue in Thailand which they visited in 2000. Speaking to the Independent after the release of STAE’s poll results, Costigan said:

When we went to Thailand we didn’t understand the dangers to us or the abuse elephants face. For a normal person going on holiday, asking whether it’s ethical is not at the forefront of their mind. Travel companies are making a fortune from these places. We didn’t know to do any research, and my sister came home in a coffin.

She also said it was “disgusting” that the government could shelve the ban on unethical advertising.

The Independent reported that a government spokesperson said:

We have been working with the Association of British Travel Agents to encourage them to make their customers aware of reported issues around Asian elephants.

But the letter to the PM argued that self-regulation by the industry has proven insufficient. Organised by STAE and signed by many organisations including Animals Asia, Animal Aid, and Action for Elephants UK, the letter stated:

Numerous promises of change by unethical operators have proved empty over many years. No steps have been taken during lockdown to improve safety or welfare.

STAE says that it has identified a minimum of 1,200 companies operating in the UK market. Between them, these companies advertise 277 venues implicated in brutality against elephants. The letter also noted that India and Thailand, where elephant-related tourism is common, received two million UK visitors in 2018/19. As World Animal Protection’s report – titled ‘Taken for a ride’ – highlighted, 36% of Thailand tourists surveyed in 2014 took elephant rides, or planned to, during their visits.

The UK’s involvement in elephant-related tourism, both in terms of travelers and tourism companies, continues on a considerable scale. NGOs have therefore insisted to the PM that a “new law is needed” to ban advertising of tourism linked to unethical practices in relation to elephants and other species.

Concerns grew towards the end of 2021 that the Animals Abroad Bill was on shaky ground. This was after repeated delays to its passage through parliament. As the BBC reported, in March the government insisted that the bill’s proposed ban on the import of hunting trophies would go ahead. However, amid mixed messaging from officials, the fate of other elements of the bill, such as the banning foie gras, fur imports, and unethical advertising, remain uncertain.

Critics have blamed the bill’s precarious predicament on opposition from within the Conservative Party. A government source told the Guardian in March that a “handful of crusties have managed to seize control”. Comments by Jacob Rees-Mogg in February suggested that opposition stems from concerns that elements of the bill limit people’s personal choice, the Mirror reported.

STAE’s poll shows that a ban on unethical advertising is the personal choice for many Brits. More critically, a person’s choice to ride an elephant, or to eat foie gras or wear fur for that matter, shouldn’t trump the rights of the other animals involved to live free of torture and pain.

Moreover, the ‘personal choice’ of elephants and many other species implicated in the Animals Abroad Bill would surely be to live their lives freely, in the wild, where they belong. Many people support their personal choice to do so, although this doesn’t include a “handful of crusties” in the government, apparently.