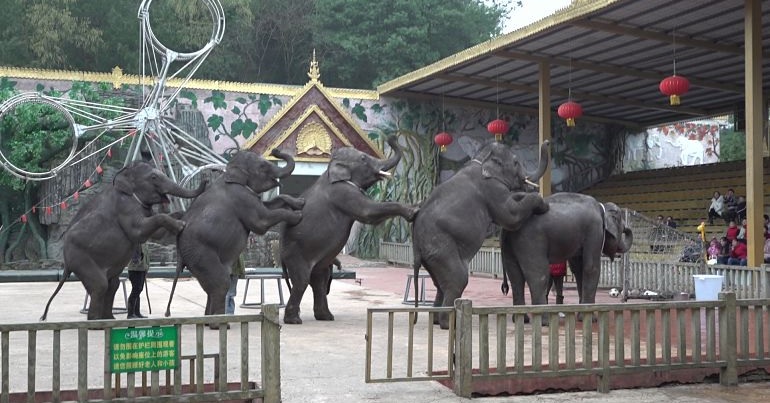 2020 was a bumpy year for the wildlife trade and the UN body that is meant to oversee the buying and selling of wild lives on an international level. The coronavirus (Covid-19) pandemic is widely believed to have originated in this trade. As a result, the Convention on International Trade in Endangered Species of Wild Fauna and Flora (CITES) has faced much criticism and calls for change.

CITES has begun 2021 with more controversy. A major complaint to the body alleges that Asian elephant trades between Laos and China have been potentially breaching its rules for years. The allegations cast further doubt on whether CITES is fit for purpose.

CITES is essentially a global agreement between 183 states – known as parties – on international wildlife trading. Its primary purpose is meant to be ensuring that trade doesn’t drive species to extinction. As journalist Adam Cruise has previously pointed out, it’s not a conservation organisation. Rather, it’s a trade organisation that “encourages the sustainable commercial utilisation of species as a means to preserve them for continued commercial utilisation”.

CITES doesn’t regulate trade in all wild species, just those it designates as in need of protection. Currently, the CITES website says that amounts to approximately 38,700 species – around 32,800 species of plants and 5,950 species of non-human animals. It lists these species in three appendices, essentially depending on how much at risk of extinction they are. It then sets out rules for trade of species in those different appendices. Appendix I-listed species are, in theory, not meant to be traded at all except for in exceptional circumstances. However, as The Canary has previously reported, the exceptional circumstances exemption appears to be utilised with some frequency – in 75,000 instances in 2017. Meanwhile, there are further effective exemptions for certain trades, such as the trophy hunting industry.

A booming trade in Asian elephants

CITES lists Asian elephants in Appendix I, reserved for species that are “the most endangered”. This elephant species certainly fits the bill. The International Union for Conservation of Nature (IUCN) has designated Asian elephants as endangered since 1986. It’s estimated that there are only between 20,000-40,000 of them left in the wild. Anywhere between a quarter and a third of the remaining Asian elephants’ total population, meanwhile, reportedly live in captivity. 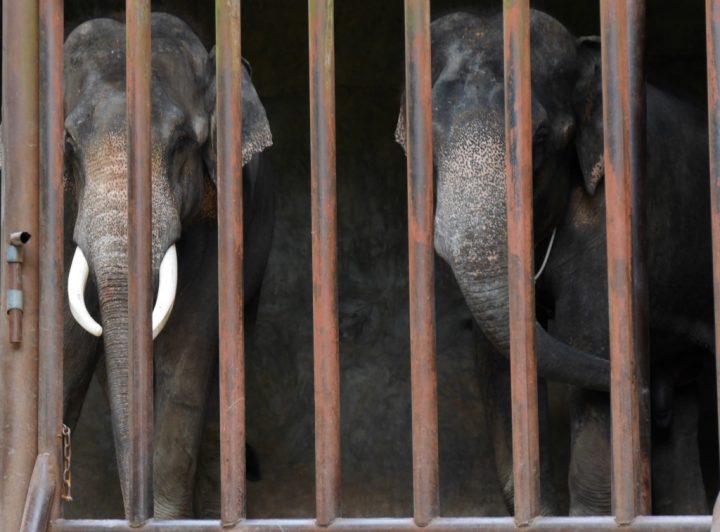 But, despite being an Appendix I-listed species and classified as endangered by the IUCN for over 30 years, there’s apparently been a booming international trade in Asian elephants between Laos (Lao PDR) and China in recent years. According to a media report from Laos, the country has exported 142 Asian elephants to China through one port – Mohan Port – since 2015. CITES’ own data, meanwhile, says that Laos has exported 87 elephants to China since 2014, including one single massive export of 50 elephants in 2016.

The complaint, which the UK law firm Advocates for Animals has raised with CITES on behalf of filmmaker and author Karl Ammann, centres on this booming trade in Asian elephants between the two closely aligned countries. Clearly, the figures themselves don’t appear to stack up, with the media citing a higher figure for the elephants traded than CITES seems to have records for. 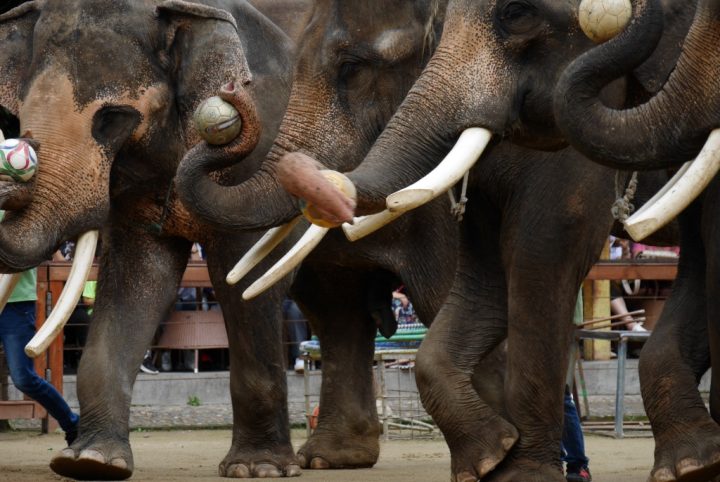 Ammann has been investigating the trade in elephants, who are mainly destined for zoos, for years. He’s currently in the final stages of editing a film called Stolen Giants on the subject. He says that elephants are regularly smuggled, via a “hidden forest trail”, across the Laos/China border, which could partly account for the discrepancy. But the figures are by no means the only questionable element of this trade spotlighted in the complaint. As Advocates for Animals’ Alice Collinson told The Canary:

Advocates for Animals has done extensive research and legal analysis on behalf of its client and it is evident that there are some serious questions to be answered by the Laos and Chinese authorities surrounding the adherence to CITES when exporting and importing elephants.

The complaint cites numerous suspected breaches of CITES’ rules. Many of them rest on the categorisation of the traded elephants as Appendix II. One of the special provisions for trade that CITES has is that if individuals from an Appendix I species are bred in captivity for commercial purposes, they are downgraded to Appendix II. As a result they get fewer protections, trading-wise. CITES lists all of the exported Laotian elephants under source code C, meaning they were captive-bred, in its data. But in his investigations Ammann has uncovered information that challenges this categorisation, including that most Laos-born elephants have been fathered by wild males over the last decade. So Advocates for Animals argues that the elephants don’t meet the CITES ‘bred in captivity’ definition. 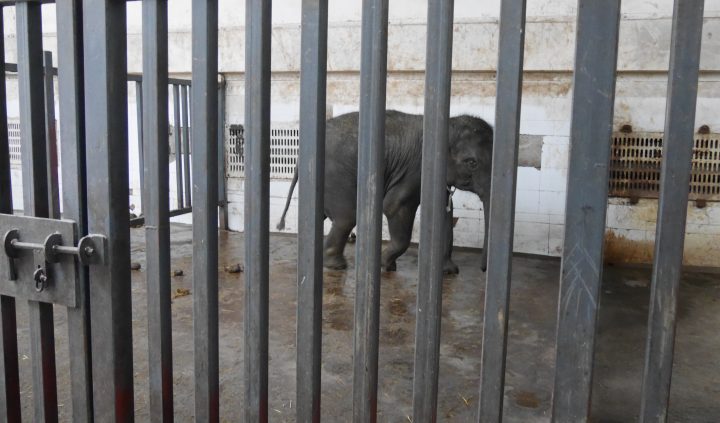 A case to answer, under either scenario

If the elephants don’t meet that definition and are instead an Appendix I species, as per CITES’ definitions, the trades could be in contravention of the body’s rules on numerous counts. Many of the elephants in question ended up in highly commercial Chinese zoos and safari parks, where elephants perform regularly for visitors. However, people cannot use imported Appendix I species for primarily commercial purposes. 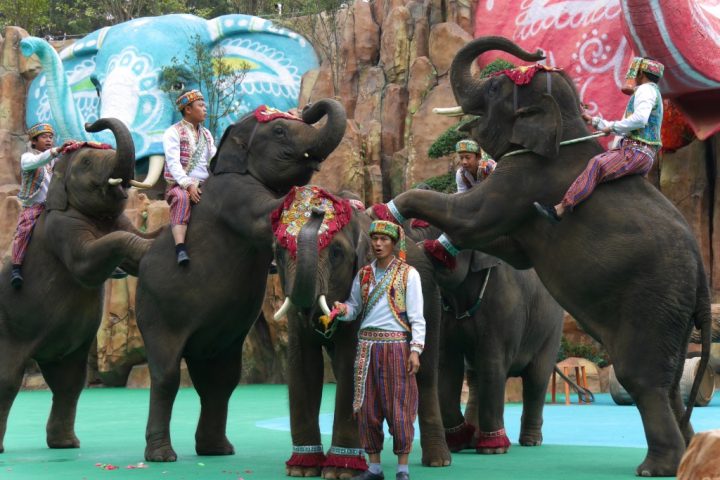 Related to this issue, Collinson said there is:

a growing concern that despite huge profit being made, businesses are hiding behind the notion that zoos are for conservation and therefore avoiding tighter controls. This is undermining the intention of CITES to tightly regulate the commercial trade in protected animals.

The complaint also argues that destinations were not suitably equipped to house and care for the elephants, which would constitute a breach. Furthermore, the complaint says that export permits were issued prior to import permits being granted. Again, this is not allowed for Appendix I species.

But even if CITES deems the elephants meet its bred in captivity criteria, there’s still potentially a case to answer. Because the complaint highlights some potential breaches that relate to both Appendix I species and Appendix II species bred for primarily commercial purposes. For example, it argues that traders obtained the elephants in contravention of Laotian laws relating to the protection of fauna and flora, which would mean the trade wasn’t allowed under CITES. Also, the involved countries don’t appear to have carriend out non-detriment findings, whereby they assess whether the trade would be detrimental to the survival of the species. This must happen under the CITES system for both Appendix I and II species, to varying degrees. 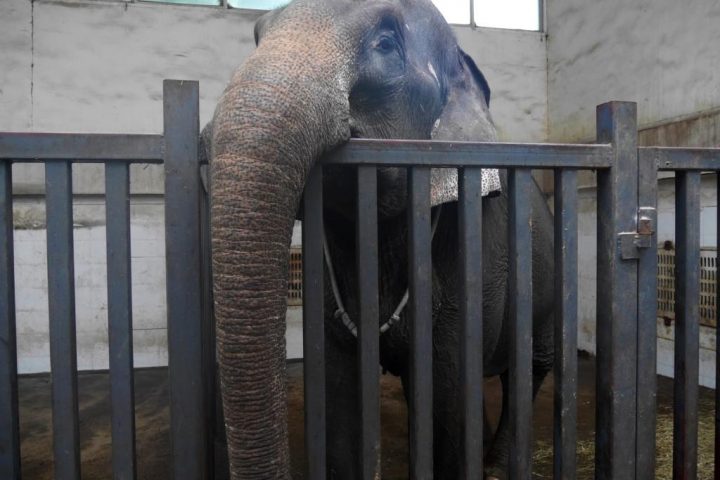 Furthermore, the complaint alleges that people trafficked some elephants from Laos into China without customs approval or permits. It also asserts that, in some instances, bribes took place. Finally, the complaint asserts that people transported elephants contrary to CITES’ requirements, which state that the risk of injury, damage to health, and cruel treatment must be minimised during transportation.

The Canary contacted CITES secretariat for comment on the complaint. It was not able to comment at this stage due to the ongoing complaint process.

Advocates for Animals have, however, called on CITES to suspend all trade in Asian elephants involving Laos and China until the matter has been resolved and safeguards are in place. Given the scale and scope of the possible breaches, and the heat the body has faced for its inadequacy on other matters, that would be a wise course of action.