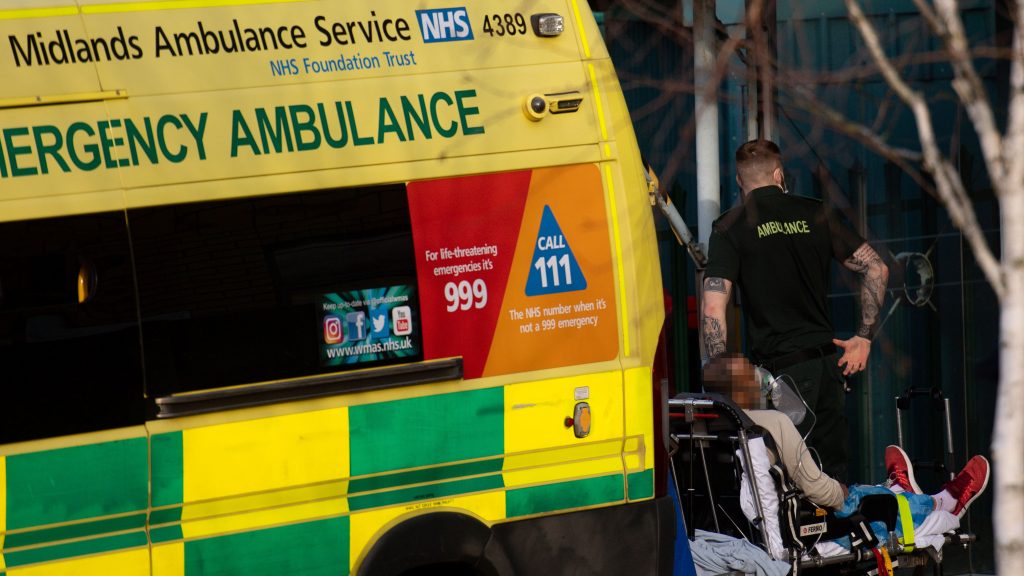 A struggling ambulance trust could face a “Titanic moment” and collapse entirely this summer, its nursing director has said, as committee papers warn of an England-wide “catastrophic situation”.

Mark Docherty, of West Midlands Ambulance Service, said patients were “dying every day” from avoidable causes created by ambulance delays and that he could not understand why NHS England and the Care Quality Commission (CQC) were “not all over” the issue.

In an interview with the Health Service Journal (HSJ), Docherty said rising numbers of people were waiting in the back of ambulances for 24 hours before being admitted to hospital, and that serious incidents have quadrupled in the past year, largely due to severe delays.

It comes as documents from a quality governance meeting at the trust in March showed another director warning that “deaths are happening which should not be happening” and, nationally, patients are being let down in a “catastrophic situation”.

England-wide NHS data for March shows ambulance trusts across the country missing a raft of targets, including too-slow response times to the most urgent incidents.

The document also noted more than 100 serious incidents recorded at West Midlands Ambulance Service relate to patient deaths where the service has been unable to respond because its ambulances are held outside hospitals.

Docherty said the situation was now so serious that he is predicting the service will collapse in August:

Around August 17 is the day I think it will all fail. I’ve been asked how I can be so specific, but that date is when a third of our resource (will be) lost to delays, and that will mean we just can’t respond.

Mathematically it will be a bit like a Titanic moment.

It will be a mathematical (certainty) that this thing is sinking, and it will be pretty much beyond the tipping point by then.

It would make me the happiest person in the world if everyone in the system proves to me that actually the ambulance service in the West Midlands isn’t going to fail on August 17, and I’ve got it completely wrong.

Docherty told HSJ that hospital patients who are fit to leave need to be discharged as a priority in order to free up beds for those arriving by ambulance.

He described the large number of medically fit patients occupying hospital beds as “criminal … when I’ve got teenagers dying on the street from things that are completely reversible”.

The nursing director said NHS England officials had downplayed tackling the problem of delayed discharge and questioned why the CQC had issued improvement notices about hospital corridor care, but not about handover delays.

West Midlands Ambulance Service raised its risk rating for handover delays to 25 in October, the highest in its history.

Their deaths are entirely predictable, and of a scale that means we need to be taking this really seriously.

The NHS has been working hard to reduce ambulance delays and £150 million of additional system funding has been allocated for ambulance service pressures in 2022-23.

There is no doubt the NHS still faces pressures, and the latest figures are another reminder of the crucial importance of community and social care, in helping people in hospital leave when they are fit to do so, not just because it is better for them but because it helps free up precious NHS bed space.

Victoria Vallance, CQC’s director of secondary and specialist healthcare, told HSJ the impact of “escalating pressure on the NHS is severe” with “unacceptably long delays for patients”.

There are very real concerns about the significant risk to patients and the impact on paramedics and hospital staff as they do all they can to deliver safe care under the most demanding circumstances, and we have highlighted these concerns in our public board meeting. We will continue to monitor services and use our regulatory powers where necessary.