How does a coalmine expansion fit with the UK's climate change commitments? 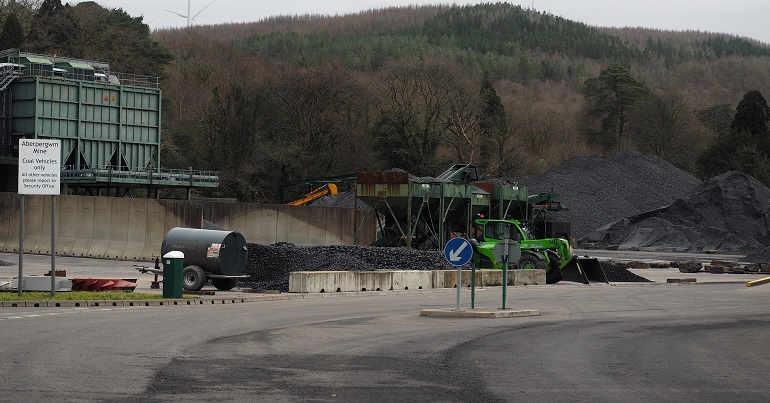 As news of the licence for a 42-million-tonne coal mine expansion in South Wales reached people at the end of January this year, one response on social media represented the local mood:

[This is] a betrayal of #COP26, a betrayal of the people of Wales, the rest of the UK and the world. What chance now of keeping 1.5 alive?

The Paris climate conference in 2015 agreed that we must limit global warming to 1.5°C if we’re to avoid the worst impacts of climate change. Another person simply asked:

How can this be?

The Aberpergwm coal mine expansion was licensed on 25 January 2022 to extend operations until 2039. It’ll generate around 100 million tonnes of CO2 and up to 1.17 million tonnes of methane. So let’s look at how a massive coal expansion project got licensed so soon after COP26, and in spite of the Welsh and UK governments’ climate commitments.

Understanding how the expansion was granted might help identify what needs to change to stop this expansion and several other coal mine applications from going ahead.

Planning permission for the Aberpergwm coal mine expansion was granted in 2018. This was before the Welsh government adopted a strong policy position against further coal mining. Fast forward four years, and the coal mine finally got the licence it needs from the Coal Authority to extend mining. The Wales Act 2017 means this licence still isn’t valid until a Welsh government minister approves it. In other words, the government still has an opportunity to stop it.

However, the current Welsh government claims it can’t apply the Wales Act to this licence. It says that it relates to a licence that started before the Wales Act came into force. So it’s a case of ‘we would if we could, but we can’t’. The Coal Authority, the UK’s Department for Business, Energy & Industrial Strategy (BEIS), Richard Buxton Solicitors and barrister Estelle Dehon (QC) representing Coal Action Network (CAN) publicly refuted this claim. CAN intends to take the Welsh government to court over this disagreement.

The Coal Authority, as part of the BEIS, is an industry regulator of coal mining across the UK. However, when asked how the Aberpergwm coal mine expansion fits with UK climate commitments, the UK government said the decision to stop the coal mine lies with the Welsh government. Moreover, when questioned on the mine expansion in the House of Commons in January this year, Jacob Rees-Mogg defended the expansion, saying:

We are going to need to have fossil fuels for the interim period and we are going to need coal for things like heritage railways and so on. Therefore, it is perfectly reasonable that we take some coal out of the ground. I cannot see why it is better to import it from abroad, rather than to get it from our own green and pleasant land.

The UK government’s commitment to phase out coal by 2024 only relates to power generation, which isn’t where the majority of Aberpergwm’s coal is destined.

The coal companies proposing new mines and extensions at Glan Lash, in Whitehaven, and in Lochinvar are all watching this case closely. We can expect more applications should the Aberpergwm expansion be successful. This could create a new wave of coal mining in the UK, which would leave our climate commitments and international negotiations in tatters. Moreover, it would threaten local communities and cause further climate chaos. So how do we stop that happening?

The Welsh and UK governments must issue an immediate moratorium against all forms of new coal mining. They could do so via a Ministerial Statement, which would prevent applications gaining planning permission. It’s essential that such a moratorium would be against coal mining for any purpose, given the volumes of greenhouse gas and methane it generates.

A lot has changed since the Coal Industry Act of 1994. So, the powers that be need to update that Act so the Coal Authority’s role can become that of a caretaker of a concluding industry. And, it’s an industry that has left many hazards and blights across the UK landscape which still require remediation.

We need to challenge the Welsh government and the Coal Authority’s controversial interpretations of the law, which allowed the Aberpergwm coal mine expansion to slip through. People can help make that possible by donating to CAN’s crowdfunder to cover the significant legal and court costs involved. If CAN wins, the precedent it will create may seal the fate of coal mining in the UK once and for all.

Daniel Therkelsen is a campaigner at Coal Action Network (@CoalActionUK), working alongside grassroots groups to end the mining and use of coal in the UK.