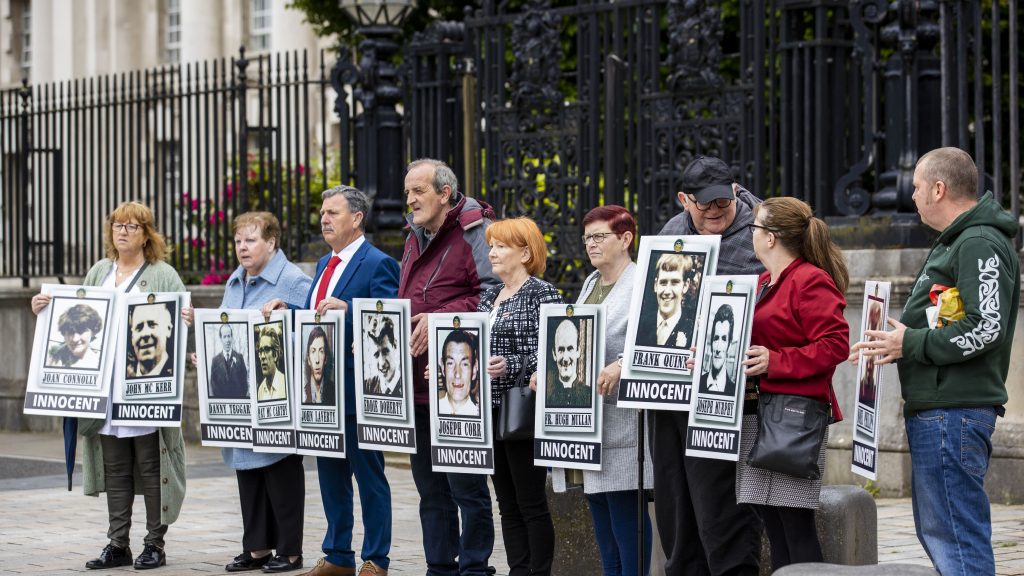 The families of nine people killed in the Ballymurphy massacre had brought Civil cases against the Ministry of Defence. The cases have now been settled with undisclosed damages to be paid.

British soldiers killed 11 people in Ballymurphy in west Belfast in 1971. The event is known as the Ballymurphy Massacre.

At the High Court in Belfast, justice Richard Humphreys said that the settlement represented the “end of a very long process” for the families. He was told in court that the cases had been settled by consent.

NEW: Statement – The Ballymurphy Massacre Families have successfully concluded their civil action against the Ministry of Defence. Their key message “NEVER GIVE UP” Statement here: https://t.co/xVCKXwoi9N pic.twitter.com/IGLbHGgF2N

The amounts paid out in each case were not disclosed in court but the judge ordered the MoD to pay legal costs.

In 2021, a fresh inquest concluded that the British Army killed 10 people at Ballymurphy and that they were all innocent victims.

Prime minister Boris Johnson issued an apology to the families in the House of Commons for the series of shootings. They took place over three days and came in the wake of the introduction of internment in Northern Ireland.

The massacre is only one incident in a long list of atrocities carried out by the UK during the Troubles in Ireland:

On this day 1972 the British parachute regiment murdered 14 civilians in Derry during a civil rights march. No soldier has been charged for it nor the Ballymurphy massacre. pic.twitter.com/TAAuRSthmV

After the Ballymurphy massacre, soldiers mocked a daughter of one of the victims by singing pop song lyrics, "Where's your Papa gone?"

After shooting a victim with a learning disability in the back, soldiers used their regimental log to record the killing of "the village idiot". https://t.co/XEcxFwxllx

Natasha Butler, a family member of one of the victims, had said in May:

1 year ago the world finally learnt the truth that the 11 people killed in the Ballymurphy massacre were all ENTIRELY INNOCENT. We were absolutely delighted for all the families. Fast forward one year and now all legacy families will be denied this chance because of the Brit Govt pic.twitter.com/xLJhtNUUFA

A statement from the families said:

The conclusion of this case comes just over a year since the coroner Justice Siobhan Keegan found our loved ones entirely innocent.

The coroner found the British army responsible for deaths of our loved ones, however as we speak the Ministry of Defence haven’t come forward with an apology.

We have proven that current legal routes open to all victims of our troubled past do work despite the claims of Brandon Lewis and Boris Johnston to the contrary.

All victims deserve justice and full access to the courts.

A compensation claim from the family of the 10th person who died at Ballymurphy, and a number of people who were injured, are still progressing through the courts.