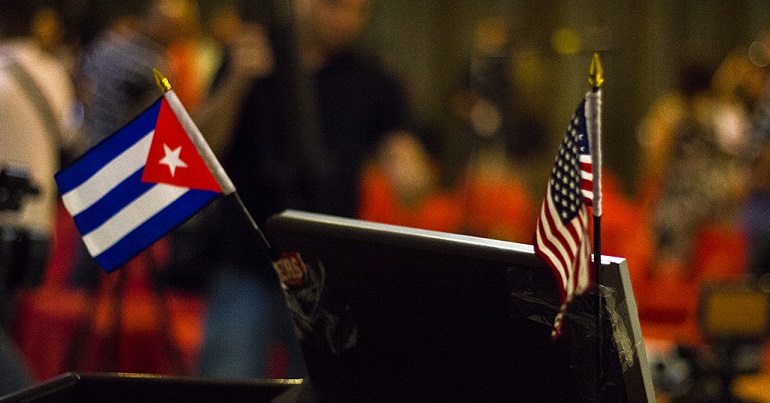 Luis Posada Carriles, who for decades orchestrated US-backed acts of terrorism against Cuba, died at his home in South Florida on 23 May. He had never faced justice for his acts of terrorism, which according to declassified CIA documents included the 1976 bombing of a Cuban passenger aircraft that killed 73 people.

Born in 1928, Posada was a contemporary of Fidel Castro at the University of Havana and an early critic of the 1959 Cuban Revolution. He fled the country in 1961 and was one of the architects of the US-orchestrated Bay of Pigs invasion that attempted (and failed) to overthrow the Castro-led government that followed the revolution.

Though the invasion failed, his involvement in the Bay of Pigs invasion provided him with valuable connections. He soon became an asset of the CIA, which provided him with instruction in sabotage and explosives at its notorious Fort Benning training camp, whose alumni list reads like a Who’s Who of murderers, torturers and other human rights violators across Latin America.

Posada continued to work with the CIA on operating anti-Castro activities throughout the 1960s, but it was in 1976 that the most well-known act of terror that he associated with took place. Along with fellow anti-Castro extremist Orlando Bosch, Posada allegedly masterminded the plot to blow up a civilian airliner mid-air. The targets were four Cuban government officials who were onboard, but the explosion killed all 68 passengers on board – including the entire Cuban national fencing team (many of whom were teenagers) – along with all five crew members.

Posada and Bosch, who died in 2011, denied involvement. But the evidence is such that media outlets routinely report their involvement as bordering on established fact. Evidence includes a declassified document in which a confidential source is quoted as saying that they “all but admitted” to the bombing [pdf, p7]. In 2005, the National Security Archive in Washington DC published documents that show, in their words, “that the CIA had concrete advance intelligence, as early as June 1976, on plans by Cuban exile terrorist groups to bomb a Cubana airliner.”

During the 1980s, Posada’s attentions shifted to Central America, where he reportedly worked as a CIA operative in counter-insurgency campaigns against leftist rebellions. This included aiding the Contras [Spanish], a right-wing counter-revolutionary force that fought to overthrow the Sardinista government in Nicaragua.

In the 90s, however, he returned to anti-Castro extremism. He was reportedly involved in the bombing of several targets in Cuba, which were selected to deter the growing tourism industry on the island. Italian-born Canadian national Fabio Di Celmo was killed in one of the explosions and several others were injured.

In a 1998 taped interview with Cuban-American journalist Ann Louise Bardach, who has written extensively about this subject, he appeared to take full responsibility for the bombings. Asked about his conscience knowing someone died, he stated “the Italian was in the wrong place at the wrong time, but I sleep like a baby.”

In 2000, Posada was arrested in Panama in possession of explosives and charged with plotting to assassinate Fidel Castro. He was jailed for conspiring to murder but pardoned shortly after. US Congress representatives of the South Florida hardline Cuban exile community had lobbied Panama’s then-president Mireya Moscoso for his and his co-conspirators’ release. Officials of the George W. Bush administration were accused of pulling some strings, but denied the charge.

Following his pardon, Posada made his way to the US. Though wanted in connection with various terrorist offences in Cuba and Venezuela, where he was based and worked as an agent of the DISIP (Venezuela’s equivalent of the CIA) when the airliner bombing happened, the US refused to extradite him.

With the exception of the short time in Panama for conspiracy, Posada never faced justice or served time in prison for the many acts of terrorism attributed to him. He lived the rest of his days in relative tranquility in South Florida, the hinterland of Cuban exiles who left the island due to their distaste for its government.

The US government eventually charged him with offenses largely unrelated to his terrorist past. And even then, he was acquitted of all 11 counts in what was widely seen as a farce.

US double standards on terrorism

The details of Posada’s life show that the US is not only willing to turn a blind eye toward terrorism by allowing such a man to live in the US unmolested, but that it will even aid and abet terrorist activities so long as it is against something considered an enemy and/or fits with Washington’s foreign policy interests.

But Posada’s is far from an isolated case. US involvement in terrorism includes: the funding of state terror and allied paramilitaries in Colombia; the funding of death squads in El Salvador; the funding of right-wing terrorists in Italy during the 1970s; the funding of the Honduran state security apparatus – implicated in extra-judicial killings; and, of course, the aforementioned funding of the Nicaraguan Contras – who were not only involved in a brutal campaign of violence, but were also involved in drug trafficking (to which the CIA turned a blind eye).

In Britain, the Conservatives and New Labour have presented the US as an indispensable ally and portrayed it as a great force for good in the world. So have other US allies.

A small handful of UK MPs, however, have been speaking out for decades about the duplicity of the US government and the double standards it has in terms of terrorism and funding of state terror. No prizes for guessing who they are.