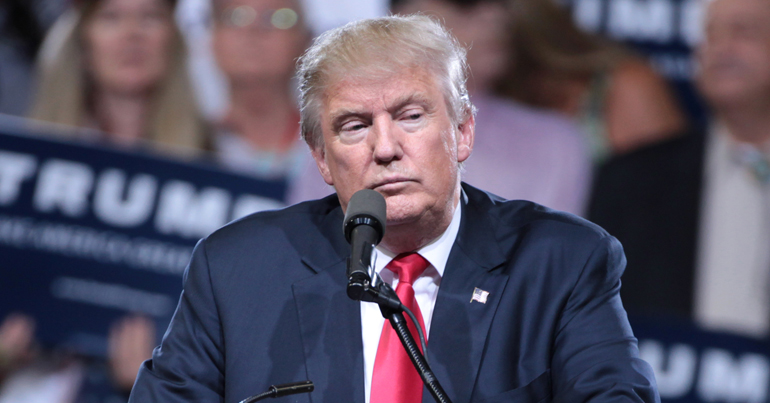 Donald Trump has lifted a ban on the use of neonicotinoid pesticides linked to declining bee populations.

The use of neonicotinoids in wildlife refuges was banned outright in 2014. However, the Trump administration will now approve their usage on a case-dependent basis. U.S Fish and Wildlife Services deputy director, Greg Sheehan, signed off on the lift of the ban on 2 August.

Our food supply is reliant on bees. A large number of fruit and vegetable crops are pollinated by these insects. Bees’ ability to interact correctly with plants is crucial in maintaining viable food sources around the world.

Recent studies have shown that honeybees exposed to neonicotinoid pesticides suffer from impaired immune systems and lower survival skills. The pesticides also result in lower reproductive rates amongst bee colonies. Meanwhile, a Nature study published in 2015 showed that exposure to neonicotinoid can lead to learning and memory impairment in bumblebees. It was also shown in another 2016 study that neonicotinoids can negatively affect bees’ ability to interact with plants.

Widespread destruction of bees and other flying insects as a result of pesticides and other factors could have catastrophic consequences. University of Sussex professor Dave Goulson goes as far as to describe it as “ecological Armageddon”.

The news of this latest assault on the natural world couldn’t come at a worse time. The Trump administration is also working to seriously weaken [paywall] the Endangered Species Act. Proposed changes to the act would make it harder to add animals to the list of endangered species. It would also make it easier to remove animals. Lobbyists from coal, oil and gas industries are pushing for the overhaul. If the changes are approved it will be easier for companies to drill for fossil fuels on land occupied by endangered species.

In a tragically ironic twist, the bald eagle – the national bird of the United States – is one of the Endangered Species Act’s greatest success stories. Bald eagle numbers began to decline after the 1940s as a result of DDT pesticide usage. The act was established in 1973, expanded in 1978, and the species began to recover. The robust protections of the act led to the eventual removal of the species from the endangered species list.

“An insult to our national wildlife refuges”

Industrial agriculture has no place on public lands dedicated to conservation of biological diversity and the protection of our most vulnerable species, including pollinators like bumble bees and monarch butterflies. The Trump administration’s approval to use toxic pesticides and genetically modified crops is an insult to our national wildlife refuges and the wildlife that rely on them.

The Trump administration’s decision to roll back these vital protections poses devastating consequences for wildlife and food security. Research is underway to enhance the resistance of bees to neonicotinoid pesticides, but it will be a while before this is implemented. Until then, we can’t afford to be complacent over the survival of insects that form the foundation of our food system.