The net's closing in on Team Trump, and they're taking him down with them - Canary 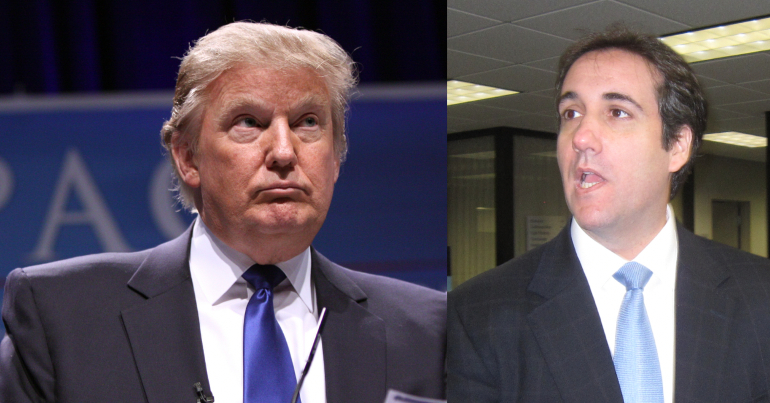 Donald Trump is having what one commentator has dubbed “the worst week (so far)” of his time as US president. Scandal upon scandal is piling up, and with the Democrats poised to officially take control of the House of Representatives in the coming weeks, Trump’s house of cards presidency is increasingly collapsing around him.

“The man doesn’t tell the truth”

On 13 December, Trump’s denials over allegations he had paid hush money to several women with whom he had allegedly had extramarital affairs came home to roost. Revelations that have emerged from the court proceedings against Trump’s personal lawyer and ‘fixer’ Michael Cohen have made it impossible for Trump to continue his denials.

After the trial, Cohen insisted:

Nothing at the Trump Organization was ever done unless it was run through Mr. Trump. He directed me … to make the payments.

The man doesn’t tell the truth. And it is sad that I should take responsibility for his dirty deeds.

Trump, meanwhile, has avoided the question by saying he never instructed Cohen to break the law. But according to the Washington Post:

The president no longer disputes that he instructed his then-personal attorney, Michael Cohen, to make the payments.

Perhaps most damningly of all, the Wall Street Journal has now reported that the executive of the company that owns the National Enquirer met with Trump to discuss using the publication to buy the women’s silence.

The troubles pile up

The scandal above follows a string of others throughout the week:

Washington commentators have been speculating about whether this could spell ‘the beginning of the end’ of Trump’s presidency. But whether it is or not, any remaining vestige of credibility in Trump’s ability to govern has now vanished.