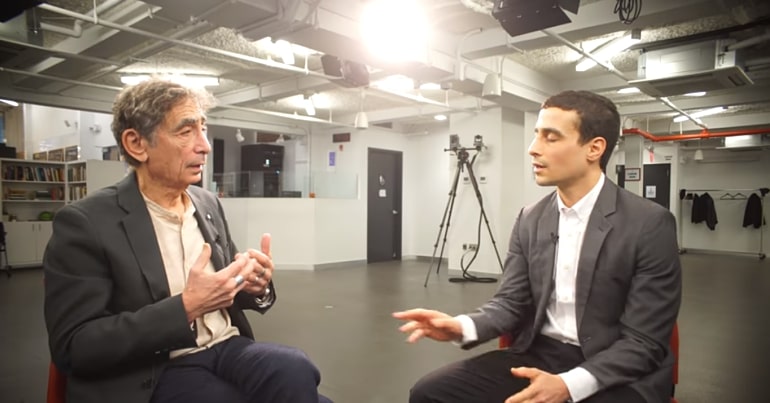 With the completion of the Mueller report, nobody was indicted for colluding with Russia to influence the 2016 election. The report’s findings caused major humiliation for those who have spent the past three years building a conspiracy linking Donald Trump’s campaign to the Kremlin. Indeed, many of those who aggressively pushed the Russiagate narrative are still struggling to let it go.

Looking at individual and collective trauma within US society, however, can help to explain why so many people believed Russia was responsible for the rise of Trump. On 7 May, the Grayzone published an interview between Dr Gabor Maté and his son, award-winning journalist Aaron Maté. In it, they discussed the psychology of Russiagate.

I don’t think that we can understand what we went through in Russiagate without understanding the psychological angle.

And Gabor Maté is a best-selling author who has produced extensive work in the field of psychology. So he was a good person to analyse that angle. For him, so many people bought the Russiagate narrative because:

Trump’s election victory shocked the world. Surveys conducted just three days before the election suggested that Hillary Clinton had a “more than 99% chance” of winning. And many felt that Trump’s conduct was at odds with an (apparently) otherwise liberal country. As Gabor Maté continued:

What does [Trump’s election] say about the divisions and the conflicts and the contradictions and the genuine problems in this culture, and how do we address those issues? You can look at that, or you can say there must be a devil somewhere behind all this; and that devil is a foreign power, and his name is Putin and his country’s Russia.

Now you’ve got a simple explanation that doesn’t invite you… [to] explore your own pain and your own fear and your own trauma. So I really believe that this Russiagate narrative was – on the part of a lot of people – a sign of genuine upset… But rather than dealing with the upset, it was an easier way to… draw off the energy of it into some kind of a believable and comforting narrative.

As the conversation moved to Trump himself, Gabor Maté described the US president as “the clearest example of a traumatised politician anyone can ever see”. He continued:

He is in denial of reality all the time… His fundamental self-concept is that of a nobody… It’s a compensation for a terrible self-image… What does this all come down to? The childhood that we know that he had, in the home of a dictatorial child-disparaging father… And the fact that such a traumatised individual can be elected to the position of what they call the most powerful person in the world speaks to a traumatised society. And like individuals can be in denial, a society can be in denial.

Gabor Maté then explained that we often deal with trauma by projecting our least favourite traits onto other people. This, he claims, is reflected in Washington accusing Russia of foreign interference:

It’s only a matter of historical fact… how the United States has interfered in the internal politics of just about every nation on earth… Not to mention the current interference in Venezuelan internal politics, not to mention… how the United States helped Boris Yeltsin get elected [in Russia in 1989]… Even if the worst thing that’s alleged about the Russians is true, it’s not even one minuscule proportion of what America’s publicly acknowledged it’s done all around the world.

Like any country, the US cannot achieve societal change without an honest and critical evaluation of its own character. Almost three years have been wasted on Russiagate; it’s time for US citizens to look for real answers.

Featured image via the Grayzone