After surprise 'Super Tuesday' victories, a new video emerges showing Joe Biden for the liar and charlatan he is - Canary 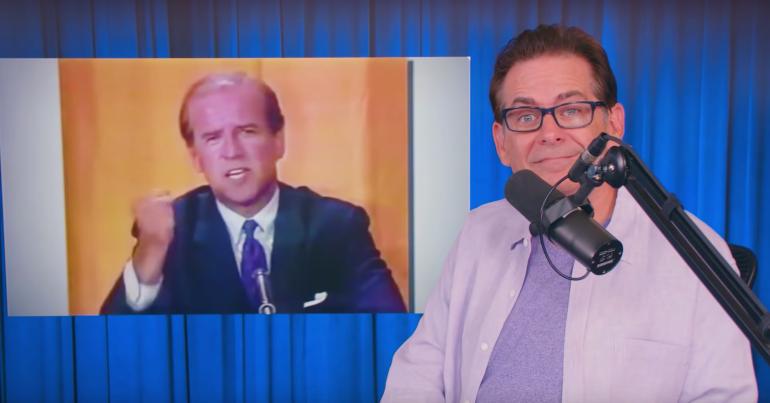 It’s no secret that former vice president Joe Biden’s progressive credentials are paper-thin. Following the resurrection of his campaign in the Democratic Party’s primary contest, his past political positions have been getting put under greater scrutiny. Now, a new video has exposed him as a repeated and unrepentant liar and plagiarist as well as a supporter of reactionary policies.

Surprise come-back, but don’t be fooled

On 3 March, Biden made a surprise comeback on ‘Super Tuesday’ following the Democratic Party establishment rallying behind his campaign. Biden won 10 of the 14 states that held primary elections that day following his victory the previous Saturday in South Carolina.

Vermont senator Bernie Sanders, who until then had been the front-runner, won a disappointing four, but did score a win in the main prize of the night in delegate-rich California – the country’s largest state by population.

On 5 March, The Canary published a scathing interview with Branko Marcetic, author of Yesterday’s Man: The Case Against Joe Biden, in which he argued that Biden is “basically Hillary Clinton… in many ways with her weaknesses turned up to 11”. On the same day, US comedian Jimmy Dore published a damning video exposing Biden’s long history of dishonesty.

First, Dore showed a news clip from 1988 showing that Biden had given a speech in which he had lifted whole sections from a speech given previously by then-leader of the UK Labour Party Neil Kinnock. A second clip showed another newsreader comment that Biden implausibly claimed that he’d “just been thinking about these things” and “failed to give any credit at all to [Kinnock’s] famous British speechwriter”.

Dore pointed out the absurdity of the Democratic establishment wanting someone who is himself a huge liar standing as their candidate against the compulsive liar Donald Trump. Dore then noted that Biden pulled out of his 1988 campaign to be the Democratic nominee for president (which eventually went to Michael Dukakis) because of the exposure of the lie. He then played another newsreel that showed Biden claiming that it was the first instance where he had copied someone’s speech without attribution, only for researchers to find another recording in which he is shown to have done exactly that.

Dore then played another clip showing Biden again plagiarising from someone else’s speech without attribution – this time one made by former US attorney general Robert F Kennedy. The newsreader in the clip mentions that, along with Kinnock’s speech, Biden was previously accused of stealing speech material from Kennedy’s brother, former president John F Kennedy and former vice president and presidential candidate Hubert Humphrey.

Apparently Biden’s knack for plagiarism predates his political career. Dore played another clip showing a news report showing that Biden had been caught committing plagiarism while in law school. Apparently he quoted five pages of someone else’s work without proper citation. Upon being confronted about it, Biden is shown saying “I’ve done some dumb things, and I’ll do dumb things again”.

The next clip Dore played was a newsreel showing that Biden lied about his academic background. Biden claimed that he went to law school “on a full academic scholarship”, graduated in the top half of his class, finished his undergraduate studies with three degrees, and was “the outstanding student in the political science department”. It turns out that none of this was true; he had only a partial scholarship to law school, graduated near the bottom of his class, received just one undergraduate degree, and was not named outstanding student of the political science department.

According to the news report, Biden claimed after being confronted with the discrepancy that “his memory had failed him”. Dore commented:

Sanders the only way to go

Surely, this destroys any last remaining shreds of credibility that Joe Biden might have had as a serious contender to face Trump in the election in November?

The political career of Bernie Sanders, on the other hand, has been characterised by honesty, decency, and consistency throughout his decades as a political outsider. Clearly, he is the only contender that can defeat Trump by having both strong moral character and by offering a genuine alternative to the putrid status quo upheld by both major US parties.