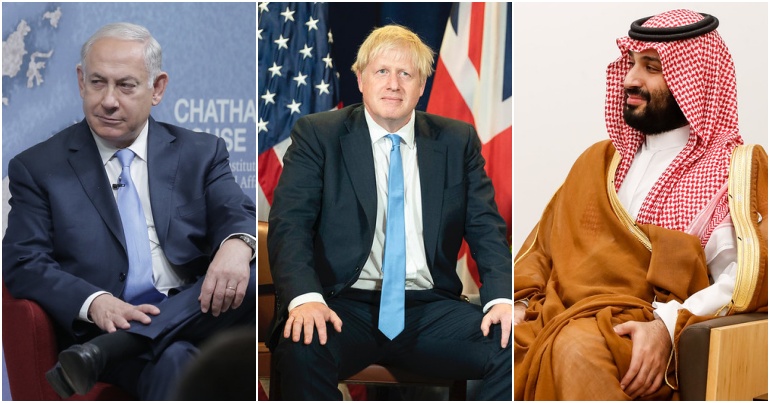 New research by historian and journalist Mark Curtis reveals the extent of manipulation and distortion by the UK press on our brutal foreign policy. In fact, the analysis shows that our press is actually “misinforming the public” about our role in the world. It’s also failing to report on crucial issues.

Curtis’s article for Declassified UK is called How the UK press is misinforming the public about Britain’s role in the world. It meticulously analyses UK print-based coverage of our government’s foreign policy using detailed statistical analysis. Our press, he says, “consistently portrays Britain as a supporter of noble objectives such as human rights and democracy”. Yet following this analysis, Curtis found “extraordinary” levels of public misinformation. Because this research:

suggests that the public is being bombarded by views supporting the priorities of policy-makers. It also finds that there is only a very small space in the British press for critical, independent analysis and key facts about UK foreign policy.

“We all know the MSM is lying to us,” Curtis’s colleague Matt Kennard noted, “that it’s a sophisticated propaganda system manufacturing our consent for an array of destructive policies”. But this research gives “statistical proof” of that.

The analysis revealed consistent examples of “under- or un-reported” foreign policy issues – particularly in the Middle East. Tellingly, this frequently occurs in countries where the UK has significant “military, trade and investment” deals with regimes.

In Egypt, for example, Curtis analysed coverage of Abdel Fattah al-Sisi’s brutal regime. Since Sisi seized power in the 2013 coup, Egypt has, as Campaign Against Arms Trade (CAAT) noted, “seen some of the worst human rights abuses in its modern history”. Yet among “1,018 articles mentioning Sisi” between December 2017 and 2019, bar a “handful of reports”, the UK press failed to report on the extent of our government’s “cooperation with the Sisi regime” or the fact that the “UK is the largest investor in Egypt”. Curtis also pointed out that:

The lack of press reporting is especially striking given that the government has itself been consistently announcing its support, especially in military relations, for the Sisi regime.

According to CAAT, in 2019, UK arms exports to Egypt totalled £25,714,637 over three years. This is despite an EU ban on exporting “any equipment which might be used for internal repression” to Egypt. The UK government’s Defence & Security Organisation (DSO) “identified Egypt as a “core market” to sell arms to, in spite of its terrible record on human rights”.

Curtis also found a similar pattern in UK reports about Oman. Despite “900 articles” over five years, he only found “around half a dozen mentioning UK military training, with none revealing the extent of UK military and other support for the regime”.

Curtis also revealed that the UK has:

deepened its military cooperation with Israel in recent years, a highly controversial policy while it continues serious human rights abuses and illegal settlement building in the occupied West Bank and Gaza. Britain’s Royal Navy has conducted exercises with the Israeli navy and provides military training to Israeli officers.

Yet over the last five years, the UK press failed to report on these policies. Similarly, even reports from the Ministry of Defence (MOD) about UK/Israeli military operations didn’t make it into mainstream outlets.

In March 2018, the UK government announced that UK exports to Israel soared by 75%. Between January and June 2018 alone, these totalled $3.45bn. The “UK is the second-largest market for Israeli exports, after the U.S.”. And according to CAAT, arms deals accounted for over £266m of this income over three years. This is a two-way trading deal. Because the UK also “spends millions of pounds each year on battle-tested arms from Israeli companies”.

In September 2019, Declassified UK revealed details of a £2-billion UK programme in Saudi Arabia – the Saudi Arabia National Guard Communications Project (known as Sangcom) – which has operated since 1978. The programme implicates the UK in the defence of the House of Saud and in the war in Yemen…

Declassified UK also revealed how soldiers in the British Military Mission (BMM) in Saudi Arabia are embedded in the country’s National Guard and commanded by the Saudi military while providing training on “internal security”.

Despite “special relations” between the UK and Saudi Arabia, Curtis revealed that coverage seems highly selective. In press reports, Sangcom only got two mentions “in the past five years”. The BMM, meanwhile, only got one mention in the same time frame. “The paucity of coverage,” Curtis said, “highlights a lack of interest on the part of journalists to expose key aspects of UK foreign policy”.

Saudi Arabia has been leading an assault on Yemen since 2015. The situation’s now the “world’s worst humanitarian crisis”. But as Curtis’s analysis also shows, the UK’s role in this brutal war is “notably under-reported”.

In June 2019, UK arms sales to the Saudi regime went on hold after the Court of Appeal ruled they were “irrational and therefore unlawful”, and UK arms exports to Saudi Arabia have been widely covered. “Yet,” as Curtis explained:

Curtis’s analysis revealed that articles highlighting the UK’s full role in this war “are rare”. Furthermore, “very few articles describe the Yemen conflict for what it is given the extent of the UK’s military role — a British war”. According to Curtis:

The national press generally promotes the line that Britain has simply been supporting the “Saudi-led coalition”, which mirrors the government’s false claim that it is “not a party” to the war – an assertion likely made for legal reasons to avoid being held complicit in war crimes.

His research also found that most UK reporting on the war in Syria “overwhelmingly followed the priorities of British governments”. According to Curtis, since 2012, “over 150,000 articles” mention Syria. But, again, these are highly selective.

The Guardian and Observer, for example, repeat “the mantra” that the UK “failed to act” in Syria. Yet they failed to report on evidence suggesting that the UK started “covert operations in Syria in late 2011 or early 2012″.

Similarly, although US journalist Seymour Hersh:

revealed that in early 2012, a secret “rat line” of shipments began to supply weapons to Syrian opposition groups, in which MI6 was closely involved.

Curtis also meticulously researched underreporting of evidence suggesting “that the UK sold components to Syria in the 1980s which could have been used to make the deadly nerve agent, sarin”. By 2018, however, the UK press “largely accepted” claims from US and UK governments accusing “Bashar al-Assad’s regime of using chemical weapons in Douma”. As The Canary reported in 2019:

A leaked report prepared by the Organisation for the Prohibition of Chemical Weapons (OPCW)… poked serious holes in the official narrative used by the US, UK and French governments to bomb Syria in April 2018

The only mainstream UK journalist to report on this was Peter Hitchens. And there have been claims from other journalists that establishment media outlets have been limiting such coverage.

In 2016, “The Intercept revealed files from [Edward] Snowden on a secret British GCHQ unit called the Joint Threat Research Intelligence Group (JTRIG)”. Yet Curtis found “less than a dozen” mentions of the JTRIG in mainstream UK outlets. This stands “in sharp contrast to the vast attention paid to Russian covert programmes”.

Similarly, although the UK press “frequently highlights UN reports about torture or imprisonment of journalists in foreign countries, it tends to publish fewer UN concerns about similar conduct closer to home”. For example, after Nils Melzer, the UN’s special rapporteur on torture, flagged serious concerns about the treatment of Julian Assange, this went largely unreported by the establishment press.

Meanwhile, our press perpetuates a polemic that we’re ‘good’ and other allegedly “rogue states” are ‘bad’.

In the last five years, the term “rules-based international order” is mentioned in 339 UK press articles. Essentially, this refers to upholding international law. The press claims the UK supports this, “while those seen by the UK government as opponents, such as Russia and Iran” don’t. “Yet the UK,” Curtis states, “is as much a violator of international rules as any official enemy”. He also points to a recent report from Declassified documenting “17 British policies violating domestic or international law and the UN”.

Curtis’s research also found “rogue state” mentioned 1,023 times in the past three years. Reports frequently referred “to North Korea, Iran and Russia”; yet not the UK nor its “allies such as Israel or Saudi Arabia”.

Curtis’s research shows just what a vital role independent media outlets now play. Because it’s clear that the establishment media can’t hide the fact that it’s spreading misinformation and essentially pumping out government propaganda. Thanks to Curtis, we now have the statistical proof to back that up.