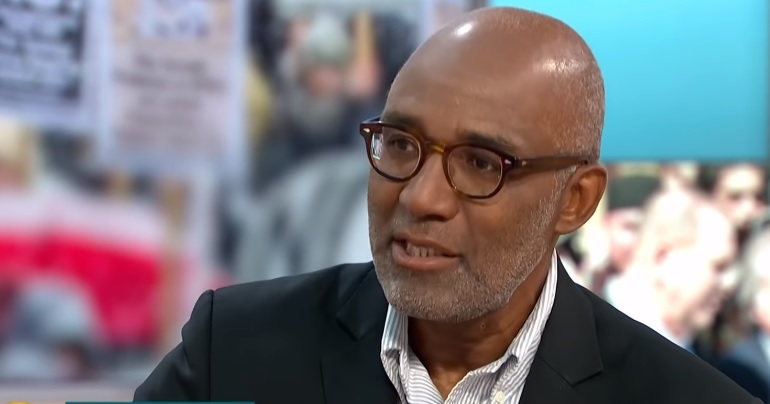 The Labour Party has suspended Trevor Phillips over allegations of Islamophobia. The response from British media outlets and figures is a sight to behold. Because it’s a far cry from their coverage of alleged antisemitism in the party.

The Times first reported on Phillips’s suspension, describing him as a “pioneering anti-racism campaigner”. The ex-head of the UK’s equality watchdog has a checkered past when it comes to comments on Muslims, to say the least. One Telegraph headline in 2016, for example, read:

That same year, the Daily Mail reported that Phillips said Muslims are ‘not like us’. Who exactly Phillips was referring to in his amorphous ‘us’ is unclear.

Trevor Phillips said it was fine Muslims are judged collectively, called Muslims a “nation within a nation” and said it would be a “grave mistake” to legally recognise Islamophobia as a form of racism. Swap “Muslim” for any other religious or ethnic group and try defending that

Comments by Mr Phillips about the failure by some Muslims to wear poppies for Remembrance Sunday and the sympathy shown by a substantial proportion in an opinion poll towards the “motives” of the Charlie Hebdo killers also form part of the complaint.

Phillips has been energetically talking up the differences between ethnic groups for a long while now, though. That’s made him somewhat of a favourite among Britain’s right-wing press. Because highlighting the differences between people along ethnic lines – rather than what unites them – is a pet topic for these rags, of course.

On the other hand, these same right-wing rags – along with the rest of the mainstream media – have spent the last four years rallying against these sorts of views in relation to another religious group: Jewish people.

Alright, so on the Trevor Phillips thing: his suspension pending investigation for racism is the exact process people were demanding Labour adopt regarding antisemitism.

You can't have one process for one minority, and not for the others.

So why are they giving Phillips ample airspace to defend his views, while criticising his suspension?

Wow, just wow! The BBC on #r4today let Trevor Phillips explain why islamophobia is justified and isn’t a form of bigotry. Just imagine if they ever let someone justify anti Semitism in the same way?
No public institution is enabling hard right racism and islamophobia than the BBC

There are a number of reasons. Firstly, as already mentioned, racism isn’t hard to find in the British press. Islamophobia in particular is a regular feature in content. Indeed, it’s very prevalent in politics too, particularly in the Conservative Party. So it’s unsurprising that figures in Britain’s largely Tory-supporting press are keen to brand Phillips’s views as unproblematic. Conceding they are would be like holding up a mirror to their own faces.

Furthermore, Phillips has publicly criticised Jeremy Corbyn over alleged antisemitism in the party. He was a signatory to a letter that accused the Labour leader of being “steeped in association” with the prejudice. So condemning Phillips won’t reflect badly on Corbyn; it can’t be used as a stick to beat the Labour leader with. Although one Daily Mail columnist did try to turn the suspension into an argument against Corbyn’s leadership:

What the Phillips suspension has exposed is the utter bankruptcy of the "unity" mantra coming from the moderate Labour leadership and deputy leadership candidates. It's a fantasy. If you unite with people like this they will simply bide their time, then destroy you.

In short, Phillips’s suspension has exposed Britain’s media for the shyster it is. Not all prejudices are equal in its world. And the ones which get short-shrift are the ones the media can’t use to attack political foes.