While everyone obsessed over Priti Patel, the Tory Party quietly revealed a scandalous fact - Canary 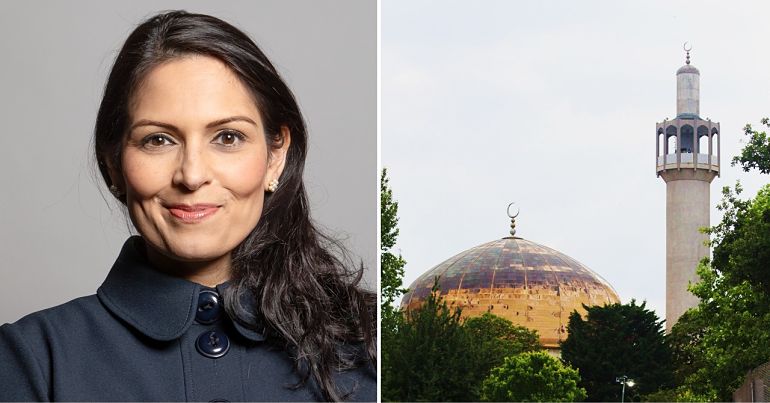 Priti Patel’s behaviour towards her cabinet colleagues is a hot topic right now. The home secretary stands accused of bullying, and a number of her allies have subsequently rushed to Twitter to declare that they ‘stand with’ Patel.

Just as important though, if not more, is how politicians behave towards the public they are meant to represent. And although it’s not getting nearly as much attention as Patel, the Conservative Party just revealed a scandalous fact about such behaviour within its ranks.

Following a report by the anti-racism group HOPE not hate (HNH), which documented vile Islamophobic comments allegedly made by Conservative Party members, a party spokesperson has confirmed a number of suspensions.

The spokesperson didn’t confirm the exact number of members suspended, nor how many of them were elected officials. The spokesperson merely confirmed that, of those HNH identified, the party suspended “all those found to be party members”.

HNH says its report details Islamophobic comments from “more than 20 Tory officials and activists, including six sitting councillors”. The social media messages included statements calling for violence against Muslims, celebrating the death of a Muslim shopkeeper, and accusing Muslims of having an “agenda for world domination”. According to HNH, one comment from a former Conservative councillor read:

Moslems [sic] do not deserve ‘Human Rights’ as we understand them, partly because of their animal-like behaviour, and partly because they reject our Western value system… it is now time to deploy the machine guns.

The Conservatives have long faced criticism for their inadequate response to Islamophobia in the party. Previous polls have shown shocking levels of anti-Muslim bigotry in the party membership. And it goes right to the top of the party, with Boris Johnson having made Islamophobic comments in the not too distant past.

Ex-Conservative chair Sayeeda Warsi has been at the forefront of the calls for action. Her reaction to the recent suspensions shows just how slow to act the party is:

March 2020 and another bunch of @Conservatives caught being bigots 🤷🏽‍♀️
First complaint was submitted 15th Nov 2015 !
More than 4 Years & 4 months on my Party is still in denial 🤦🏽‍♀️
Conservative Party suspends fresh batch of members over #Islamophobia claimshttps://t.co/cLfiIguecE

Now, the party has taken some action. But only after HNH exposed the party members’ Islamophobia to the light of day. Let us not forget either that the party has suspended councillors for prejudice in the past, only to reinstate them quietly later on.

The Conservatives’ handling of Islamophobia clearly isn’t good enough. But unfortunately, the media isn’t holding the party to account over it. The British press’s response to the party’s problem with Islamophobia has ranged from being silent on the issue to ‘joking‘ about it. Compare that to the wall-to-wall coverage of any allegations of antisemitism in the Labour Party.

Perhaps that disparity is partly due to the fact that the media isn’t averse to engaging in Islamophobia itself.