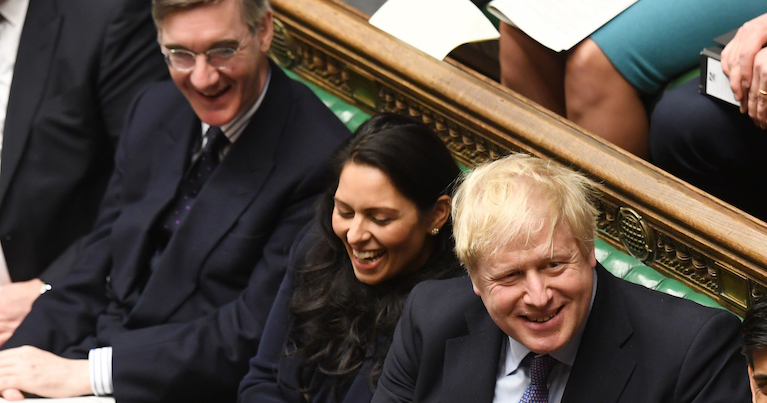 Boris Johnson has finally outlined the UK’s emergency plan to tackle the ongoing coronavirus outbreak. And it took Labour MP Zarah Sultana just one tweet to nail the glaring omissions in the government’s plan.

On 2 March, the director-general of the World Health Organisation (WHO) warned that countries faced “[uncharted] territory” in coping with the Covid-19 outbreak, commonly referred to as just ‘coronavirus’.

On 3 March, the UK government produced a 28-page coronavirus action plan. It estimates that “up to one fifth” of the workforce could be off sick if the outbreak turns into an epidemic. According to BBC News, Johnson acknowledged it was “highly likely” the virus would spread and:

reiterated that the “single most important thing” people could do was wash their hands with soap and hot water for the length of time it takes to sing Happy Birthday twice.

However, more useful advice is for people to stay home and self-isolate if they become ill and suspect they may have the virus. But this places millions of people on low wages or zero-hours contracts in an impossible situation. Because, as the Mirror reported:

Statutory Sick Pay, worth £94.25 per week, is available to zero-hour workers but only covers those on more than £118 a week – after they’ve been ill for four days.

The Department for Work and Pensions (DWP) added to concerns, stating those “not eligible” for sick pay could “claim Universal Credit and/or contributory Employment and Support Allowance”.

Among many other problems with it, Universal Credit is paid a month in arrears, so people wait up to five weeks for their first payment. As The Canary reported, this has already forced some people to use food banks and made others homeless. So people could potentially be ill, unable to work, and without any income at all under current Tory plans.

Sultana was spot on in pointing out that under this Tory emergency plan “it’s helpful if you’re super-rich”:

If you need to self-isolate because of coronavirus, it's helpful if you're super-rich.

But what if you're working class & in the gig economy?

If you don't go to work, you can't pay your bills.

It’s a point that many other people recognised too:

Those of us privileged enough to be able to work from home during the #CoronaOutbreak what about those with no sick pay, 0 hours contracts, #gigeconomy etc? In an age when poor people die earlier. Another example of health inequalities & social injustice

Stay home if you're sick. Great advice if you're a full-time staffer and you're lucky enough to get sick leave. These days, millions aren't. They don't go to work, they don't get paid. #gigeconomy #freelancerlife https://t.co/1KNqU4CYqy

The hashtag #SickPayForAll started trending on Twitter. It highlights the impact of coronavirus for the UK’s two million workers who don’t qualify for sick pay, and also the inequality these workers face on a daily basis. According to the Trades Union Congress (TUC), this includes “1 in 10 working women and 23% of zero-hours contract workers”.

The TUC stepped up to support workers:

No one should have to worry about making ends meet at a time like this.

The govt must act now. We demand #SickPayForAll from day one. #Coronavirushttps://t.co/ZRwGaduh6Q

Others, meanwhile, shared experiences of working without sick pay:

My other half is self employed. He’s gets no sick pay, no holiday pay and yet still pays taxes and NI. Why isn’t he entitled to at least sick pay? 5 years ago he hurt his back and was laid up 3 months. Used all his savings and ended up in debt. 🤬#SickPayForAll

I will never forget the time an HR manager looked me in the eye and said it wasn't her problem that one of our members undergoing chemotherapy was not entitled to occupational sick pay. Statutory sick pay rates in this country are immoral and disgraceful. Time for #SickPayForAll https://t.co/s3Sx2Kf10X

And significantly, even for those who do qualify for statutory sick pay, £94.25 per week won’t cover rent, bills, and food:

Is the Health Secretary seriously saying people can self isolate on SSP of £92 a week IF they are eligible? Fairly difficult to self isolate if you get kicked out of your home because you can't pay the mortgage/rent, mate.#SickPayForAll

Coronavirus is highlighting a far bigger issue of low pay and inequality for millions of UK workers. The TUC’s spot on in saying that it “shouldn’t take a pandemic to resolve the inequality of sick pay”. If the Tory government doesn’t act fast to resolve this, the very real dangers of hunger and homelessness for millions more people pose a far bigger threat than the coronavirus itself.