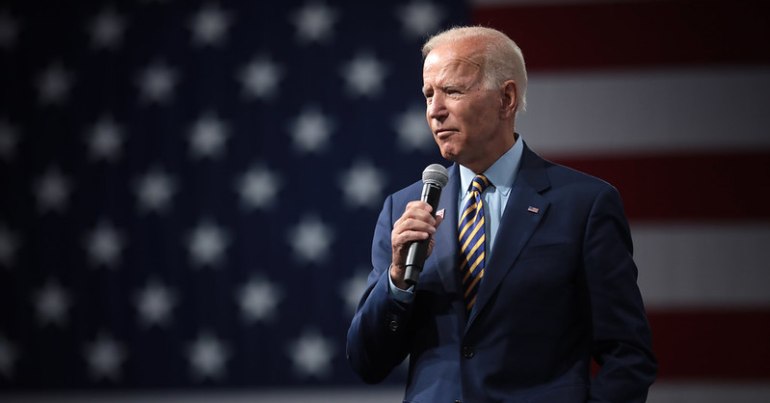 Former vice president Joe Biden just won another three contests in the Democratic primary race. It now looks all but certain that he will win the nomination to face Donald Trump in the presidential election this coming November. But we shouldn’t take this as granting legitimacy to his stale neoliberal platform. Because an investigation into his campaign shows that he had an unfair advantage over his main rival Bernie Sanders all along.

On 17 March, Biden won primary elections in the states of Illinois, Arizona, and Florida. The victory in the latter was most significant since it’s a crucial swing state in presidential elections because of its large population and close partisan split. The following day, Sanders’ campaign manager announced that the Vermont Senator and self-identified democratic socialist would “assess his campaign” in the coming days, implying an imminent withdrawal from the race.

These contests followed a debate in Washington, DC, the previous Sunday, which marked the first time the candidates faced each other one-on-one on stage. The event was revealing on several levels. Whereas Biden was open about his unwillingness to adopt radical proposals that will transform the status quo in Washington, he attempted to paper over his ties to the corporate backers who have bankrolled not just his current presidential campaign but his political career stretching back decades.

Who really controls power in the US

As The Canary has previously reported, Biden’s progressive credentials are paper thin. From support for cuts to social security benefits to playing a crucial role in reactionary ‘law and order’ policies that have contributed to ‘mass incarceration’, Biden has been at the forefront of enacting some of the worst policies for the US’s working class and vulnerable communities.

The explanation for his support for these policies is straightforward: he has received huge campaign contributions and other political backing from powerful corporations and billionaire backers. During the debate, Sanders nailed how this phenomenon, sometimes called ‘one dollar, one vote’, has completely corrupted the US political system. He said:

Who has the power?… It’s the people who contribute money, the billionaires who contribute money to political campaigns; who control the legislative agenda. Those people have the power. And if you want to make real changes in this country… you need to take on Wall Street, you need to take on the drug companies, and the insurance companies, and the fossil fuel industry. You don’t take campaign contributions from them

A long and sordid political record

Biden responded to this by stating:

You want to do that? Do what I proposed over 30 years ago – federally fund all elections, no private contributions in election process. If you want to do that, join me, join me and my constitutional amendment that I’ve been proposing.

While Biden has attempted at various times throughout his political career to enact some modest electoral finance reform, he has been largely unsuccessful. And moreover, he doesn’t practice what he preaches. For his current presidential bid, he has so far received millions of dollars in corporate contributions, according to data collected by the Center for Responsive Politics. Furthermore, Forbes magazine reported in December of last year that:

Forty-four billionaires and their spouses have donated to Joe Biden’s presidential campaign, according to a review of the latest federal filings, making the former vice president one of the biggest billionaire beneficiaries of the 2020 field.

And this is far from a new phenomenon. As author of Yesterday’s Man: the Case Against Joe Biden Branko Marcetic told The Canary earlier this month, throughout his long political career Biden has had a close relationship with corporate backers such as DuPont Chemical, which is based in his home state of Delaware. As he became more enamoured with these interests, he moved away from the ‘New Deal’ policies the Democratic Party had been associated with during the presidency of Franklin Delano Roosevelt and played a major part in its adoption of neoliberalism.

Biden will surely now pivot (slightly) to the left in the hope of mobilizing Sanders’ supporters behind his campaign. But no one should be fooled. Clearly, he’s little more than a corporate lackey who is (unconvincingly) masquerading as a moderately progressive figure.