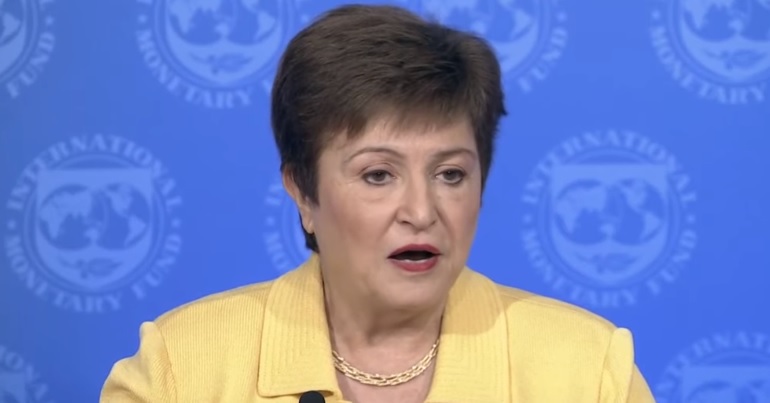 Venezuela recently approached the International Monetary Fund (IMF) for financial help to tackle the new coronavirus (Covid-19). The country is ill-prepared to fight the devastating pandemic due to an economic crisis, an attempted coup in 2019, and years of US sanctions.

The IMF’s response was grotesque. Clearly, Donald Trump is not alone in remaining determined to continue hateful and spiteful behaviour despite the pandemic’s ruinous spread.

As Venezuelanalysis reported, Venezuelan president Nicolas Maduro sent a letter to the IMF’s president Kristalina Georgieva asking for funds. The outlet says Maduro appealed for an emergency “$5 billion loan to face the coronavirus health crisis”. He specified that Venezuela would use the loan to “strengthen [Venezuelan] detection and response systems”, Venezuelanalysis said.

The IMF – a membership body of 189 states – refused. A spokesperson said:

Unfortunately, the Fund is not in a position to consider this request. As we have mentioned before, IMF engagement with member countries is predicated on official government recognition by the international community, as reflected in the IMF’s membership…

There is no clarity on recognition at this time.

In short, the IMF refused the request for emergency support because some of its members, particularly those who supported the 2019 coup against Maduro, won’t recognise its president. It’s basically thrown the country’s nearly 30 million people on the mercy of the coronavirus pandemic because there are states among the IMF’s members that don’t support Venezuela’s leader.

Venezuela has confirmed only 36 coronavirus cases so far. But it’s clear from how rapidly the pandemic has spread around the world that those figures could increase exponentially. The government has implemented measures to contain the spread. It’s declared a state of emergency and introduced a “collective quarantine” across Venezuela. But an economic crisis and US sanctions have taken their toll. In 2019, Venezuelanalysis reported that 300,000 people were at risk due to “lack of access to medicines or treatment because of sanctions on the country”.

The Red Cross and the UN have supported the country in recent years. Meanwhile, Venezuela’s vice president Delcy Rodriguez says the World Health Organisation (WHO) has pledged to provide assistance, test kits, and supplies to help it tackle coronavirus. But the IMF’s refusal to step up could have dire consequences for Venezuela, if coronavirus spreads there like it has done in many other countries.

The pandemic is a brutal test for countries, of their resilience and preparedness. It’s also, though, a test for international bodies. It shows whether they’re useful in tackling the universal crises of our time. Although the IMF is pushing rhetoric that says it stands ready to help struggling countries in this strange new world, clearly it’s not up to the task.