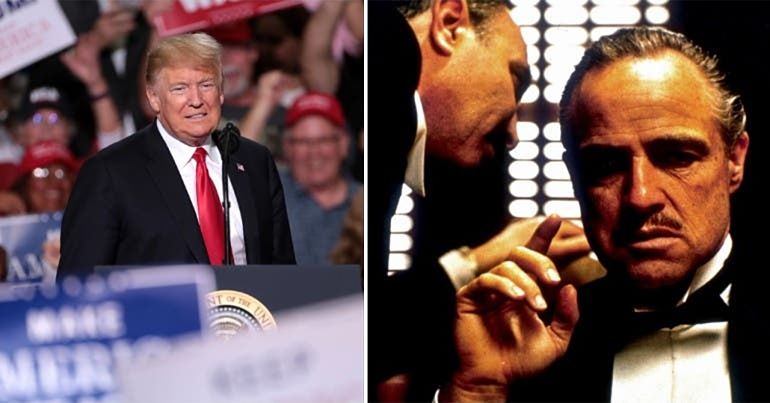 US President Donald Trump recently intervened in the case against his former campaign adviser Roger Stone. This represents just the latest example of Trump abusing his presidential powers to overrule a court decision. In fact, it forms part of a long established modus operandi in which Trump acts more like a cross between a tinpot dictator and an organised crime boss than the leader of a major nation.

On 10 July, Trump commuted a 40-month prison sentence that Stone received in relation to a conviction in February. Stone had been found guilty of seven criminal offences including lying to investigators and witness tampering. The charges arose from Stone’s involvement in the Mueller report, which detailed the findings of a years-long investigation into allegations of foreign interference into the 2016 presidential election.

Stone had served as an adviser to Trump’s campaign for the presidency, though left in controversial circumstances before Trump won the Republican Party primary. Trump claims that Stone was fired, while Stone says that he left voluntarily. During his time as part of the Trump campaign, he became notorious for spreading outlandish conspiracy theories, such as the false claim that one of Hillary Clinton’s aides had ties to the Muslim Brotherhood.

As The Canary has previously argued, the allegations of Russian meddling in the 2016 presidential elections are not as clear cut as those who buy into ‘Russiagate’ make out. Because though there is some evidence suggesting a degree of low-level interference, it isn’t clear whether it had any significant impact on the final result.

Moreover, it pales in comparison to the huge amount of electoral meddling that the US has itself been involved in for decades. In a stunning irony, this includes rigging the 1996 election in Russia to help the US’s favoured candidate (and eventual winner), Boris Yeltsin, who to this day is a reviled figure among ordinary Russians.

But when it comes to Trump’s commuting of Stone’s sentencing, this isn’t the point. Because one of the most central and fundamental features of a properly functioning liberal democracy, protected under Article III of the US Constitution, is independence of the judiciary. Though the US Constitution does grant the president powers to pardon people or commute their sentences, few have so flagrantly abused these powers as a way of helping political allies.

And far from being an isolated case, the commuting of Stone’s sentence is just the latest example of these abuses. On multiple other occasions, Trump has attempted to intervene in court business or discredit court decisions. He has also attempted to meddle with the work of the US intelligence agencies. Though far from being saints themselves, they nonetheless are supposed to be left to do their work unhindered by the government’s executive branch.

As The Canary reported in February, Stone is far from the only convicted criminal that Trump has used his presidential powers to pardon. The list of others includes former governor of Illinois Rod Blagojevich (convicted of multiple corruption charges in 2011), former New York City police commissioner Bernard Kerik (convicted of fraud and making false statements in 2009) and financial conman Michael Milken (convicted of securities fraud offences in 1990 after defrauding his victims with high-yield ‘junk’ bonds).

As with Stone, the pardoning of these individuals fits more broadly within the absurd double standards applied to white-collar criminals in the US. Whereas they are often treated leniently and sometimes even sent to special prisons, those who commit petty street crimes are regularly given shockingly harsh sentences. As a result of so-called ‘three strikes’ laws, for example, some people have received life sentences for crimes as minor as shoplifting socks. This reality has a cruel irony to it. Because corporate and financial crime actually causes far more damage to society than petty street crime does.

Likewise, Stone is also far from the only one of Trump’s political allies to have been convicted of criminal charges. The Trump campaign’s chair and chief strategist Paul Manafort, for instance, was convicted in 2018 on various tax fraud changes.

Later that year, Trump’s lawyer and ‘fixer’ Michael Cohen was convicted of various campaign finance violations, as well as lying to Congress, and tax evasion. And in December 2017, another one of Trump’s former campaign advisers (and briefly his administration’s national security advisor), Michael Flynn, pled guilty to making false statements to US intelligence officials.

…since long before becoming president

This tendency of habitually surrounding himself with criminally inclined individuals long predates Trump’s entrance into the political arena. As The Canary has also previously reported, Trump has well documented ties to organised crime. The notorious mob lawyer Roy Cohn even served as his mentor and legal counsel in the 1970s.

His presidency has also been characterised by one of the archetypal features of the mafia – shameless nepotism. In addition to appointing a motley crew of cronies, sycophants, and courtiers to senior positions within his administration, he has also handed key roles to friends, family members, and even the family members of friends.

He did this in spite of the fact that, in many cases, these appointees blatantly lacked the requisite qualifications and experience necessary for their positions. In a competitive field, perhaps the most flagrant example of this was Trump’s appointment of his daughter, Ivanka Trump, who was previously a fashion entrepreneur, as a “senior adviser”.

Clearly, under Trump’s leadership, the US has – from an admittedly already low starting point – come to resemble more a criminal enterprise than the kind of stable, well functioning state that is expected of leading nations.

It’s time that the rest of the world re-evaluates whether it wants to continue to accept the propaganda line that the US is some kind of paradigm of democracy, liberty, and rule of law and represents the major force for good in the world. Because as each day goes by, this notion becomes ever more ridiculous.