Confronted by impeachment, Trump adds to the chaos - The Canary 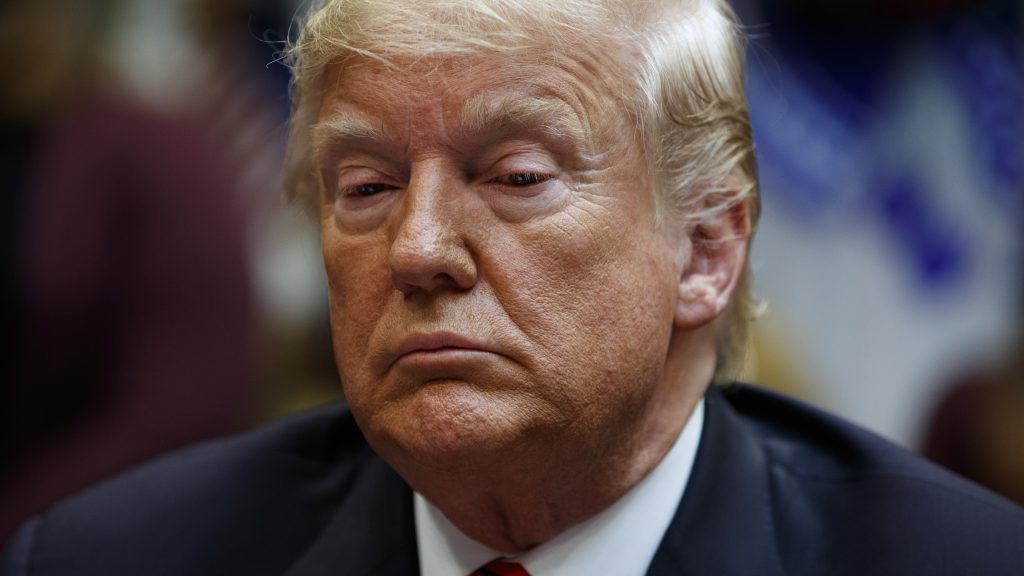 The impeachment investigation into President Donald Trump has thrust Washington into a political crisis. And Trump keeps adding to the chaos.

In the four weeks since house speaker Nancy Pelosi launched the investigation, Trump has taken steps that have drawn more criticism, not less, repeatedly testing the loyalty of his stalwart Republican allies. His actions have both intensified the questions at the centre of the inquiry and opened new areas of concern.

Trump angered GOP leaders and US allies by clearing the way for Turkish attacks on Syrian Kurdish fighters, key American partners in the fight against Daesh (Isis/Isil).

He brazenly announced plans to hold next year’s Group of Seven summit at one of his own Florida properties, prompting an outcry from ethics experts and members of both parties that led him to cancel the idea late on Saturday.

And Trump and his advisers have repeatedly muddied their defence on the Democratic-led impeachment, initially denying some of the central allegations against the president only to acknowledge them, out loud and on camera.

“It is his persona to surround himself with chaos,” said Alice Stewart, a Republican strategist who advised Texas senator Ted Cruz’s 2016 presidential campaign.

Chaos has indeed been a hallmark of Trump’s presidency. Each controversy bleeds into the next — often so fast that the public doesn’t have time to absorb the details of any one issue. Whether that is a deliberate Trump strategy or simply the consequence of Americans electing a highly unconventional, non-politician as commander in chief remains one of the fundamental questions of his presidency.

The most pressing question now is how the cascading controversies will impact on Trump at one of his most vulnerable moments since taking office.

Already saddled by low approval ratings, he could face re-election with the dubious distinction of being just the third American president ever impeached. Though conviction and removal from office by the Republican-controlled senate seems virtually impossible, Trump’s handling of the coming weeks could linger with some of the voters he needs to hold in order to win in 2020.

His response thus far has been pulled from the standard Trump playbook: hurling deeply personal, sometimes vulgar, insults at his opponents, questioning the legitimacy of the investigations into his actions and distracting with other jarring decisions.

For example, there was his public call for China to investigate baseless corruption claims against Democrat Joe Biden just days after Democrats launched impeachment proceedings to probe Trump’s similar request of Ukraine.

There are signs that Trump’s words and actions are being received differently, both in Washington and across the country, to other incidents in his presidency.

Polls now show more Americans in favour of opening the impeachment inquiry than those who are opposed, a shift since earlier this year. A recent Pew Research Centre poll found that 54% of Americans approved of the House decision to conduct an inquiry, while 44% disapproved. In a Pew poll conducted a few weeks earlier, the public was evenly divided on the question.

A few prominent Republicans have moved in favour of the investigation, which centres in part on whether Trump used his office for personal political gain by asking Ukraine to investigate the unfounded accusations against former vice president Biden.

John Kasich, the former Republican governor of Ohio, is among the Republicans who now back an impeachment inquiry, though he told the Associated Press in an interview that he wasn’t ready to call for Trump’s removal from office.

“This is an extremely serious matter,” Kasich said. “I wrestled with it for a very long time.”

Kasich was persuaded by the White House’s shifting story on why Trump withheld $400 million (£308 million) in military aid for Ukraine, one of the issues under investigation by the House.

After insisting there was no quid pro quo at play — and allowing Republicans to use that as a rationale for opposing the impeachment inquiry — acting White House chief of staff Mick Mulvaney said Thursday that one of the reasons the aid was held up was that Trump wanted Ukrainian officials to investigate a debunked conspiracy involving the Democratic National Committee. Mulvaney later tried to back away from that statement.

His televised news conference left some Republicans flabbergasted. Many in the party were already reeling from Trump’s decision to withdraw American troops from Syria, allowing Turkey to move into the country and attack Kurdish forces. Reliable Trump allies such as Senate Majority Leader Mitch McConnell and Senator Lindsey Graham panned the president’s move as dangerous and deeply flawed.

And Mulvaney opened his news conference by announcing another controversial decision: that Trump planned to host world leaders next year at his golf resort near Miami, putting him in position to personally profit from his office. Some Republicans found the move difficult to defend as well.

“I am not surprised at all that the president wanted to hold the G-7 at Doral. Never occurred to me that he would want to do anything different,” Stewart said. “I am surprised there’s no one in there who would advise him against doing that.”

After two days of intense criticism for his choice of Doral, the president tweeted late Saturday that he would begin the search for a new site “based on both Media & Democrat Crazed and Irrational Hostility.” In fact, the criticism had been bipartisan.