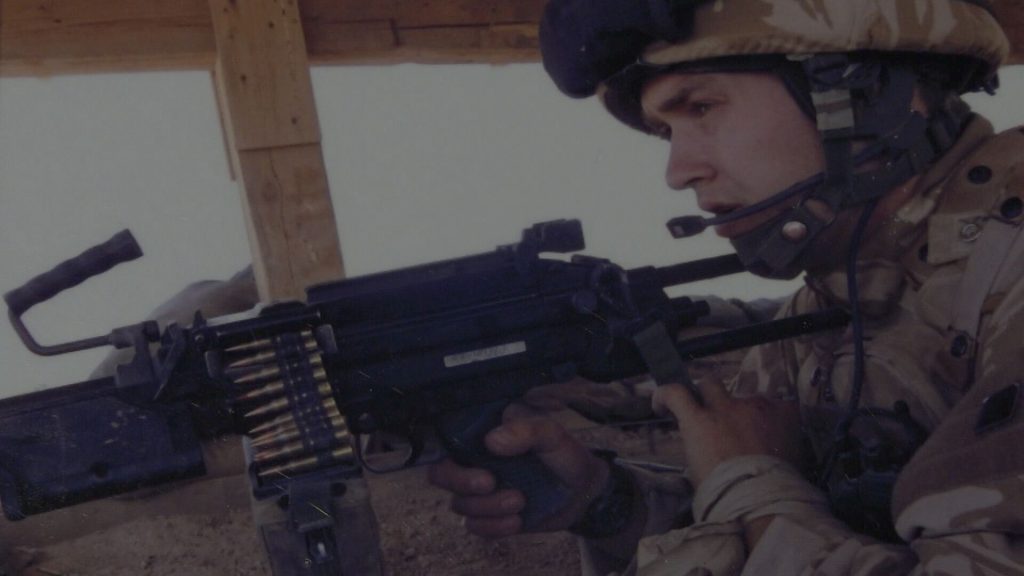 A former Royal Marine is using his woodland getaway to help soldiers and police recover from post-traumatic stress disorder (PTSD).

Goldsmith developed PTSD around 2014 after four tours on the front line in Afghanistan and said spending time in the wild, building fires and working the land, was the “only thing” that kept him going.

The father-of-one, who served in the British Army for 11 years, said:

The longer I spend in this environment, working in this way, the more truly human I feel again.

As far as I knew, I was going to be a Royal Marine for another 12 years at least and that suddenly came to a full stop.

The only thing that felt right for me to do was to come into somewhere I had a brilliant childhood – amongst the trees.

Goldsmith and his wife, Louise, launched the programme in 2016 on land they had bought four years previously, and it currently runs three or four times a year.

It recently gained financial backing from the Endeavour Fund, a charity supported by the Duke of Sussex, meaning there are now places for 72 people next year.

Former armed police officer Helen Barnett is one of those to take the course, having been shot, stabbed and blown up in the line of duty in the space of four years.

“I was caught up in an incident where four of us were stabbed by the same guy. I was stabbed in the stomach, which sent me flying backwards, my white shirt literally turned red,” she said.

“Up until that point, I felt I was pretty indestructible really.”

Later, she was blown off her feet by a bomb in a shopping centre, and was then shot on Boxing Day 1994, leading to her displaying signs of PTSD.

I didn’t go back to work after that – loud noises would make me want to hit the ground. I was feeling angry and a bit lost really.

I think being outdoors is the key to my coping with everything. It’s the simplicity of it all.

A study by Kings College London found 17% of service personnel who served in combat roles in Iraq and Afghanistan were subsequently diagnosed with PTSD.

The Woodland Warriors programme will feature in an episode of BBC Inside Out West on Monday at 7.30 pm and will be available on iPlayer afterwards.