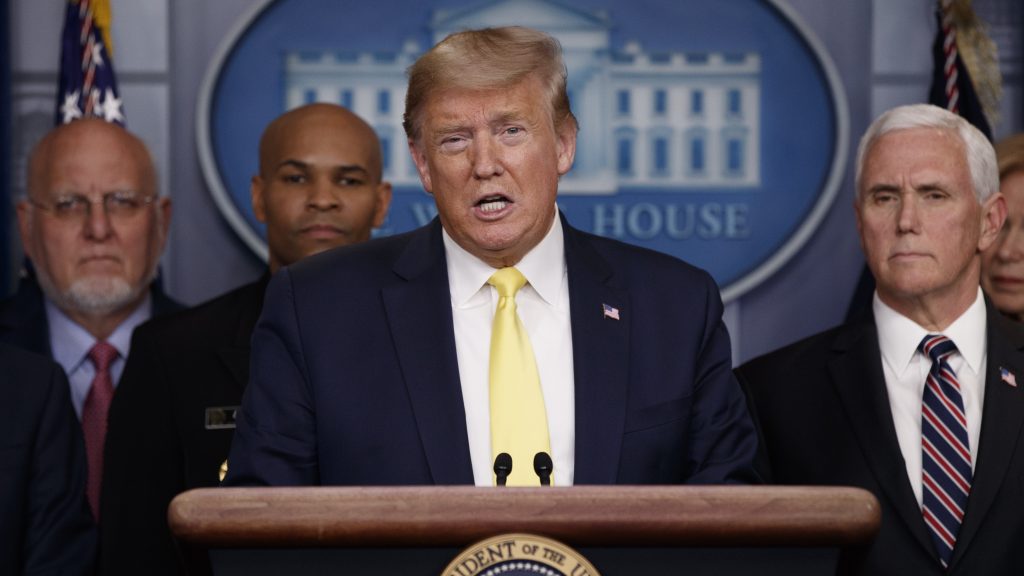 Donald Trump’s responses to the coronavirus crisis have raised questions about the overlap of his public and personal concerns, with White House watchers asking whether the US president has a conflict of interests.

One of Trump’s first impulses after the outbreak of the coronavirus in China was to suggest it was a buying opportunity in the US stock market.

And even as the global peril of the virus has escalated, Trump has leaned hard on his decades of experience as a businessman, keeping his focus on the economy and financial markets and urging people to continue travelling and patronising US businesses.

“You know, a lot of people are staying here and they’re going to be doing their business here,” he said on 6 March, as stocks fell again and the tally of infected in the US climbed.

“They’re going to be travelling here. And they’ll be going to resorts here.”

Possibly that includes the businessman president’s own resorts.

The virus provides the latest example of how the president’s public and personal interests are interwoven, but this time driven by a crisis with major global health implications in addition to financial ones.

“If there is any public health shutdown of restaurants, conventions and meetings, that will impact his property and his finances,” said Kathleen Clark, an ethics lawyer at Washington University School of Law in St. Louis.

“I think a reasonable person can conclude that he is motivated by personal interests.”

All of Trump’s properties, at home and abroad, would stand to suffer if travel and tourism business continues to evaporate.

Trump’s recent comments were his latest rosy depiction of the crisis as he has tried to brush past the economic impact.

No president has more closely tied his political fortunes to the stock market, and a slowdown in the nation’s economy could imperil his reelection hopes.

Trump has peppered his economic advisers with questions about the impact of the virus and has boasted about the strength of the economy.

Though a self-proclaimed firewall exists between Trump and the company that bears his name, the president has been known to ask his business associates, and namely his adult sons who are now its titular heads, how his properties are faring, according to two Republican sources close to the White House.

And in recent days, Trump was slow to embrace federal recommendations against the elderly flying, or passengers travelling on cruise ships.

The White House did not respond to a request for comment as to whether the president’s handling of the epidemic was affected by ist potential impact on his properties.

Noah Bookbinder, executive director of the watchdog Citizens for Responsibility and Ethics in Washington, said he was not sure the president was thinking of his properties right now.

But in deciding to not sell his business before taking office, Bookbinder said, the president raised doubts about his motives, and that in itself was damaging.

“We have to ask with almost every major policy decision whether he’s acting in the country’s interest or his own interest,” Bookbinder said.

“In a time of crisis like this, being able to trust our institutions, that our government is making the right decision for our health, economy and security is incredibly important.”

For now, the privately held Trump Organisation does not appear to have suffered, but the Trump properties can ill afford a downturn in business.

The Trump Organisation has been struggling from lost business due to a backlash against the president’s rhetoric and policies.

Several buildings licensing his name have stripped it from their facades, major groups have cancelled events at his resorts, and his Scottish golf clubs continue to lose millions.

Even his Washington hotel, for all its buzz, is showing signs of struggling, as rooms stand empty. The Trump Organisation recently put the hotel up for sale.

The company did not respond to requests for comment.