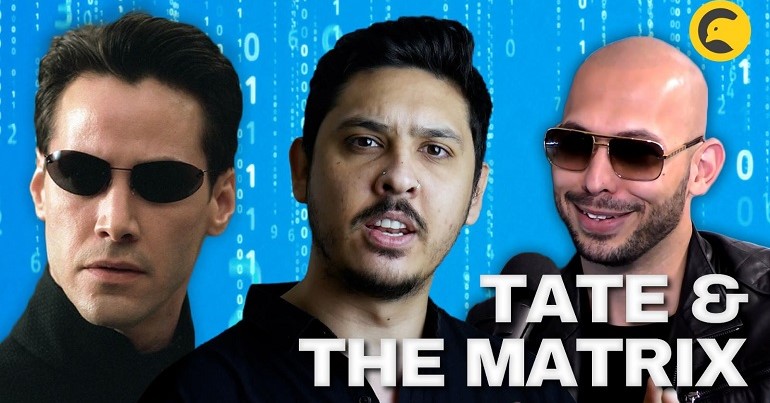 As Sky News reported on 14 January, the latest developments are that:

Romanian authorities have seized several luxury cars from influencer Andrew Tate’s villa as part of a criminal inquiry into alleged human trafficking that led to his arrest. The cars, which included a Rolls-Royce and a BMW, were taken from Tate’s villa in Voluntari on the outskirts of Bucharest and transported by police to a secret warehouse. The self-proclaimed misogynist was arrested in the capital on 29 December, on charges of being part of an organised crime group, human trafficking and rape. His brother Tristan and two Romanian women were also arrested. They have denied wrongdoing.

As Daly notes in his latest video, it’s clear that Andrew Tate’s target audience is young straight men. This demographic, coincidentally, is also the most likely to fall down the far-right rabbit hole. In an age where the idea of gender – of femininity and masculinity – is becoming more fluid, the counter culture which has been pushed by the right is extreme, toxic masculinity. The vulgar misogyny that’s on display finds itself split between Andrew Tate fans who think that it’s a way of picking up women, and those who use the hatred of women as a front for being unsuccessful with them – also known as ‘incels’.

In a world of misinformation – a combination of ultra masculinity, a rejection of modern identity, and being promised that this behavior somehow attracts women – it’s plausible that some young men find this appealing.

So, in his latest video Daly argues that Andrew Tate is a biproduct of neoliberalism – not someone helping young men. As he notes, Andrew Tate is exploiting the false idea that being a man is somehow being erased. However, he also has an economic incentive to push this kind of narrative:

Young men with low self-esteem are actually great for him. He manipulates them and sells them an idea – making a profit off people’s misery. Andrew Tate’s biggest business venture is ‘Hustlers University’ – which users can sign up for, which in turn will miraculously make them rich.

It’s just one big scam – the business is essentially his personality. His persona of leaning into ‘anti-wokeness’ and his extreme misogyny appeal to made-up fears surrounding sex, gender, alpha males and beta males, coupled with a get-rich-quick scheme that promotes selfishness and extreme individualism.

Sounds familiar in any way? Andrew Tate is quite literally a model by-product of neoliberalism.

Watch Curtis Daly’s full video via YouTube below – and don’t forget to hit the subscribe button while you’re there.