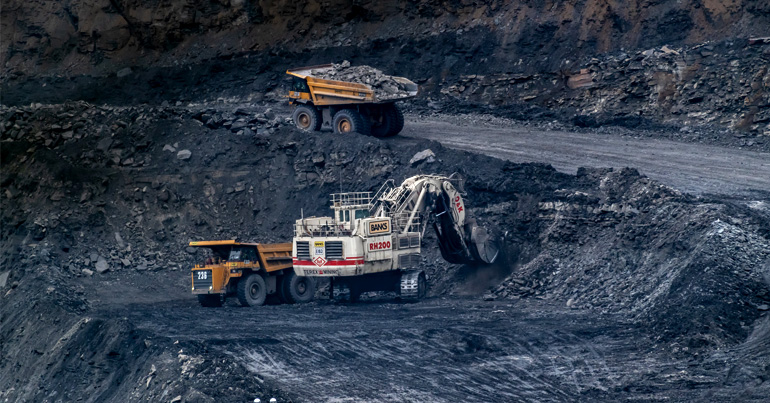 Environmental campaign group Friends of the Earth said on 16 January that is has launched a legal bid to stop the creation of a new coal mine in North West England. The UK government granted planning permission on 7 December for the project, which is being led by Australian-owned West Cumbria Mining. The mine will be located in Whitehaven, on the edge of the Lake District National Park.

The project has long faced opposition from activists, who argue that it contradicts Britain’s pledge to become carbon neutral by 2050. Tony Bosworth, a campaigner for Friends of the Earth, said:

Planning to open a new coal mine in the middle of a climate emergency is unthinkable. Our legal challenge focuses on how the Secretary of State dealt with evidence relating to climate change put forward by Friends of the Earth and others at the planning inquiry.

Another charity, South Lakes Action on Climate Change (SLACC), said separately that it had filed legal papers at the High Court in Manchester.

The government said the mine will produce coal for steel manufacturing, and not to generate power. It insisted that the commitment to phase out coal power by 2024 remains in place. However, environmental groups argue that the decision – announced by senior minister Michael Gove – undermines the UK’s policy.

Gove acknowledged that 220 million tonnes of greenhouse gases would be released from the coal extracted over the mine’s lifetime, and that most of the coal would be exported rather than used in the UK or EU… but he still concluded that the mine would be “climate neutral or slightly beneficial”.

Our claim sets out the errors in law; the failure to give intelligible reasons, and the disparity of treatment between the parties that Gove employed to arrive at this contradictory conclusion.

The UK government argues that the project will create over 500 local jobs and will seek to be net zero in its operations. But Bosworth said the government could create such jobs through greener measures:

The people of West Cumbria have been badly let down by years of government under-investment. Long-term, sustainable jobs are desperately wanted and needed.

Hundreds of jobs could be created in the area by a programme to insulate homes which would also bring down household energy bills and cut climate emissions.

Solicitors Leigh Day, who are handling the legal challenge, said that a major focus of the case is on the investigation of the impact of carbon credits. It will ask whether ministerial approval for the mine:

lawfully concluded that the purchase of carbon credits would make a meaningful contribution to the UK’s net zero targets.

Friends of the Earth’s legal challenge is available for reading on its website.