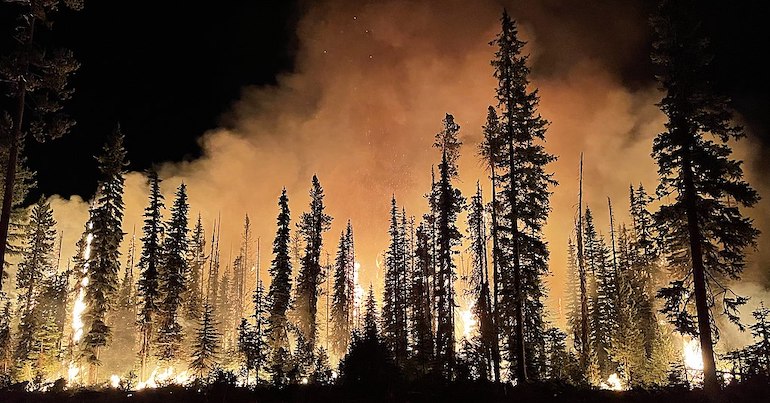 Despite joining industry groups centred around reaching carbon neutrality, the world’s top banks are continuing to finance new oil and gas projects which are incompatible with that objective, environmental groups warned on 17 January.

The criticism of the continued financing of fossil fuels by the financial sector came as global elites wrestled with plans for clean energy at the World Economic Forum’s (WEF) annual meeting in Davos, Switzerland.

The environmental groups scrutinised the financing of fossil fuels by banks signed up to the Glasgow Financial Alliance for Net Zero (GFANZ). This has emerged as a key climate alliance for finance industry firms that claim to be committed to decarbonising the economy.

Climate and energy experts overwhelmingly believe that new fossil fuel projects are incompatible with limiting global warming to 1.5C, the warming threshold beyond which climate impacts will be increasingly severe. This includes experts at the International Energy Agency (IEA), which published a report in 2021 entitled Net Zero by 2050: A Roadmap for the Global Energy Sector. In its roadmap, the IEA said there could be no “new oil and gas fields approved for development” and “no new coal mines or mine extensions” from 2021 onwards.

In their report on GFANZ, the groups pointed out that:

Between their date of joining and August 2022, the 56 top banks in the NZBA provided at least US$269 billion to 102 of the major fossil fuel expanders

At the top of the list were two US lenders: Citigroup, with $30.5bn in financing to groups expanding oil and gas production, followed by Bank of America, with $22.8bn. In third place was Japan’s MUFG (Mitsubishi UFJ Financial Group) at $22.7bn.

The probe follows earlier ones that show continuing flows of new money from financial institutions to fossil fuels, despite the catastrophic impacts of the climate crisis already happening with increasing frequency. A 2022 report highlighted the immense amount of financing going towards fossil fuel projects in Africa, for example. It identified at least $132bn in financing for no less than 964 fossil fuel projects on the continent, excluding North Africa, between 2016 and 2021.

Paddy McCully, author of the GFANZ-focused report and an analyst for Reclaim Finance, said:

There is now broad agreement… that there is no room in a 1.5-degree carbon budget for the carbon that would be brought into the atmosphere from new fossil fuel supply.

The revelations came just after many of the world’s elite landed their private jets in Davos for the WEF meeting on 16 January. The yearly event is place where politicians, corporate leaders, and some civil society actors come together to solve “the biggest issues facing our world”, according to the WEF website.

As BBC News reported, a “green trade row” has broken out at the event over financial support in countries like the US and China for their green tech sectors.

The US, for example, passed legislation called the ‘Inflation Reduction Act’ in 2022. The act is essentially a spending plan that, among other things, includes substantial funding for clean energy. The act’s climate provisions are a watered-down version of an earlier US plan championed by president Joe Biden’s Democratic Party to throw some $500bn at measures to tackle the climate crisis. One of the Democrats’ own effectively thwarted this earlier plan – the coal baron Joe Manchin.

The EU announced plans on 17 January to challenge China and the US in the race for clean-tech industries.

European Commission president Ursula von der Leyen slammed what she described as “aggressive attempts” to convince Europe’s clean technology operations to relocate to China through cheap labour and more lenient regulations. She also renewed European concerns over the US act, though she said both sides have been working to find “solutions” that could include allowing EU-made electric cars to benefit. Von der Leyen said:

Our aim should be to avoid disruptions in transatlantic trade and investment. We should work towards ensuring that our respective incentive programmes are fair and mutually reinforcing

As EUobserver reported, the jury is out on whether this green trade row will become a race to the bottom or the top in terms of making meaningful progress on tackling the multiple environmental crises we face.