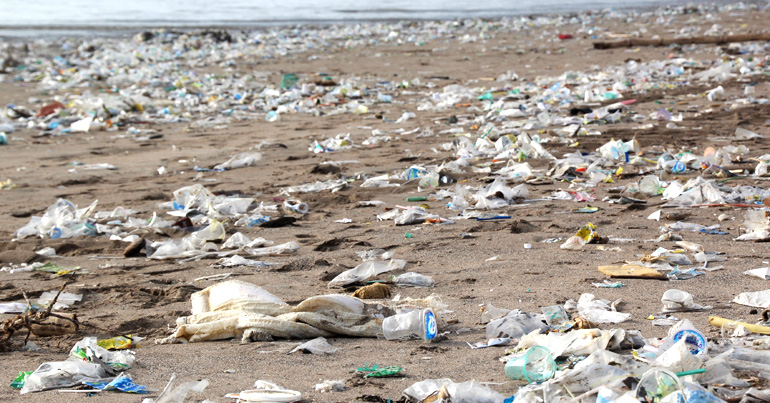 Westminster will introduce a ban on most single-use plastic items from October. The government said it has made this move in order to limit the “devastating impacts” such items have on the environment. However, environmental group Greenpeace said the plans aren’t far-reaching enough.

The Department for Environment, Food, and Rural Affairs (DEFRA) said the ban will cover plates, cutlery, single-use trays, and certain types of polystyrene cups and food containers. However, it also said that the ban will not apply to supermarket ready meals, as these will be included in the Extended Producer Responsibility Scheme. It will also only apply to England, as environmental policy is a devolved issue. Scotland and Wales already have similar legislation.

Plastic is destroying our world

Single-use plastics are a major environmental problem from the beginning to the end of their lifecycle. As the Canary previously reported, plastics are manufactured through intensive fossil fuel use, and generate greenhouse gases throughout their life. Once finished with, they become a major culprit in a number of environment crises, including plunging biodiversity and ocean toxicity.

The UK government banned plastic straws in October 2020, and increased the charge for a plastic bag to 10p in May 2021. However, environmental groups have criticised these plans for being too slow in the face of fast-moving environmental breakdown. Friends of the Earth described the laws as a “dangerously slow-moving”, “piecemeal approach” to the plastics crisis.

“Like reaching for a mop instead of turning off the tap”

Whilst it’s welcome that the government’s finally banned certain items, we’re dealing with a plastic flood, and this is like reaching for a mop instead of turning off the tap.

It’s time to stop pandering to industry lobbyists; stop promoting false solutions; and stop dumping our plastic waste in countries that have done the least to cause the climate crisis.

It is the single-use nature of products that is the most problematic for the planet, more so than the material that they’re made of.

Campaigners have broadly welcomed the single-use plastic ban. However, it’s also clear that unless it is accompanied with economic, cultural, and lifestyle changes, the government is just pushing the problem behind the sofa. This means we must end the capitalist reliance on throw-and-go items, whatever material they’re made from.