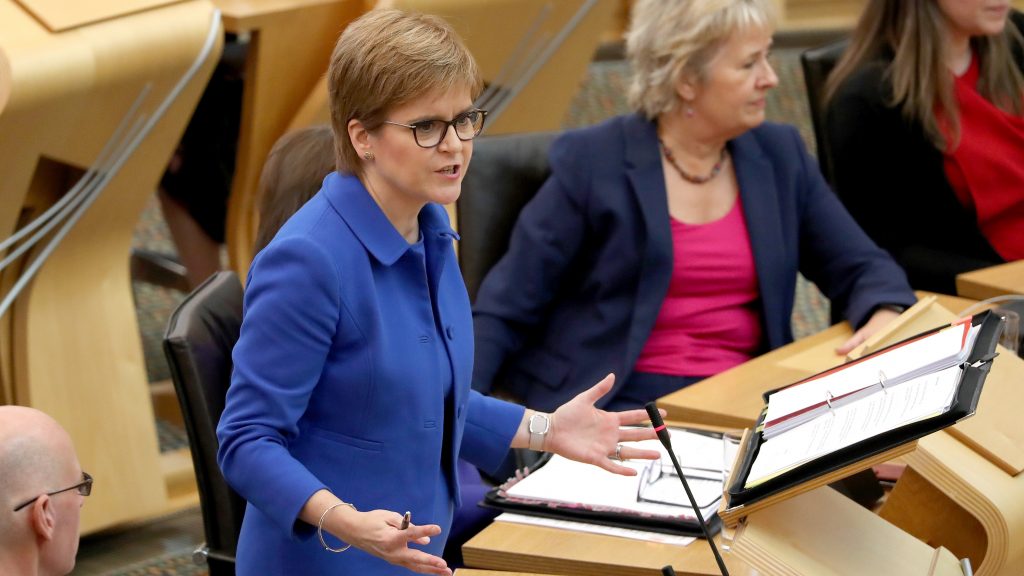 Allowing Boris Johnson to “cut and run” by holding an early general election before the end of October would not be in the public interest, Scotland’s First Minister has said.

While Nicola Sturgeon had previously said “bring it on” to the prospect of a snap Westminster ballot, she warned the PM could push through a no-deal Brexit if a vote is held before October 31.

This is despite the House of Commons having passed legislation aimed at avoiding such an outcome.

Ms Sturgeon spoke after a poll this week indicated the SNP could win more than 50 of the Scottish seats at Westminster.

The SNP leader said: “While our party interest might be served by voting for an election now, it is in the wider public interest to deny a PM threatening to defy the law any ability to cut and run in his own interests.

“We’ll act in the public interest.”

Her comments come after Mr Johnson failed to win sufficient support from MPs for an October 15 general election.

Despite this, Ms Sturgeon stressed it was now a question of “when not if” the vote would take place.

She also made clear the SNP would use the campaign to push for a second Scottish independence referendum.

The First Minister tweeted: “An early General Election is now a question of ‘when’ not ‘if’ – but Johnson mustn’t be allowed to dictate the timing as a device to avoid scrutiny and force through a ‘no deal’ Brexit.”

While she said her party “relishes prospect of an election” the First Minister added it was in the “wider public interest to deny a PM threatening to defy the law any ability to cut and run in his own interests”.

“When the election does come – as it soon will – @theSNP will put Scotland’s opposition to Brexit and our right to choose our own future as an independent nation at the very heart of the contest,” she said.