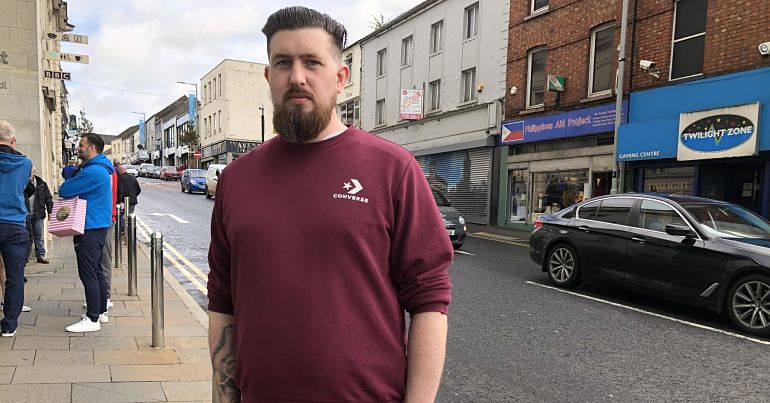 Wrightbus workers face a struggle to house their families, one former employee has said.

Ryan Price, a supervisor aged 29, is married and his two children share a bedroom in a rental property.

He was bidding to buy a house and had saved a deposit but will find it difficult to access state benefits because of his savings.

The musician picked up his guitar and sang a song by Irish performer and social conscience Christy Moore about the impact of factory closures on ordinary men.

Mr Price said: “A lot of people are down and out, it is not just us, it affects other companies too.

“Morale still seems good but it maybe has not sunk in for a lot yet.

“We will know more in two weeks’ time when we don’t get another pay cheque in.”

Robert Thompson, 28, was a multi-skilled technician and line operative.

The former joiner was sent to work for Wrightbus in England just a day before it entered administration.

He had to fund his return and living expenses from his own pocket.

Mr Thompson said: “Someone is bound to have known this was coming, why send us?

“We have been assured they did not know.”

He expressed optimism about the prospect of a deal.

“I loved the firm and the job I was doing, it was a good company to work for.

“Going from building sites into that I did not think I would gel but I loved it, the guys I worked with.

“It has not really sunk in yet.

“I am angry, upset, disappointed, but still hopeful that something can be reached over the next couple of weeks.”