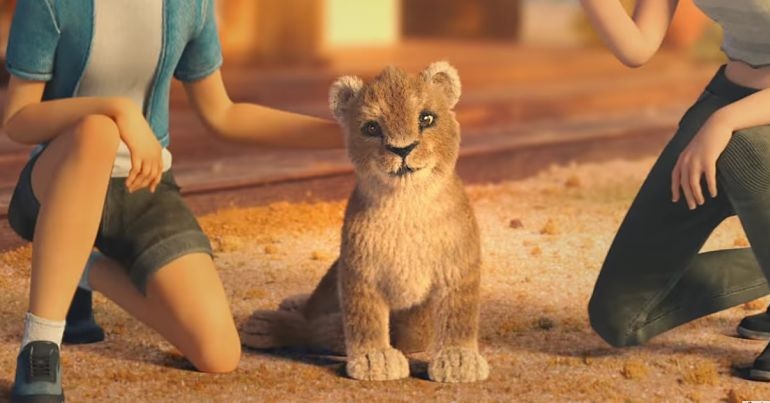 The Born Free Foundation has released a stunning viral video on the “real circle of life” for South Africa’s captive lions. It’s a must-watch, particularly for those unsuspecting tourists at risk of being duped into financially supporting the industry.

Through an emotional animation entitled “The Bitter Bond”, Born Free details the life of lions born into the South African industry:

This is the real circle of life for most lions in South Africa. 🦁
Sign our petition to ensure South Africa’s lions are born free and stay wild: https://t.co/caghvOQPbj pic.twitter.com/94guTq2uKZ

Lion populations are in a perilous situation. It’s thought there are only around 15,000 wild lions left in the world.

As The Canary has previously reported, South Africa has a large captive lion industry. According to official estimates, there are almost 200 lion farms in the country that breed the iconic cats. These farms make big money from the lions at each stage of their tragic lives.

Once the lions are adults, trophy hunters pick out their picture from a line-up (with price tags) to shoot – a very popular ‘sport’ with British hunters. When that happens people drug them, release them into an enclosure and, from behind the safety of an electric fence, the trophy hunter ends their life with bullets. This is known as ‘canned hunting’.

Finally, farms sell their corpses – particularly their bones – for use in pseudo-medicinal products in Asian markets. This is also the fate for female ‘breeding’ lions once they’re no longer useful.

Most lions in South Africa aren’t born free. They’re raised in captivity. Cuddled for cash. Then sold to hunters.

Meanwhile, South Africa’s high court dealt a serious blow to its trade in lion body parts in August. The court ruled that the quotas the country’s authorities set in 2017 and 2018 were both “unlawful” and “constitutionally invalid”. The ruling came after the country’s National Council of Societies for the Prevention of Cruelty to Animals (NSPCA) challenged these quotas in court. Most significantly, it argued that the authorities didn’t take into account the welfare of lions in making that quota, despite that being relevant.

High court judge Jody Kollapen agreed with the NSPCA. He said it was “inconceivable” that the authorities ignored welfare considerations when setting the quotas.

The NSPCA has documented farms keeping lions in absolutely appalling conditions. In fact, the whole ‘circle of life’ for captive lions in South Africa is appalling. Tourists should refuse to play any part in it. Reducing demand for the cub petting and lion walking experiences is one sure way to help bring this ‘great betrayal’ to an end.