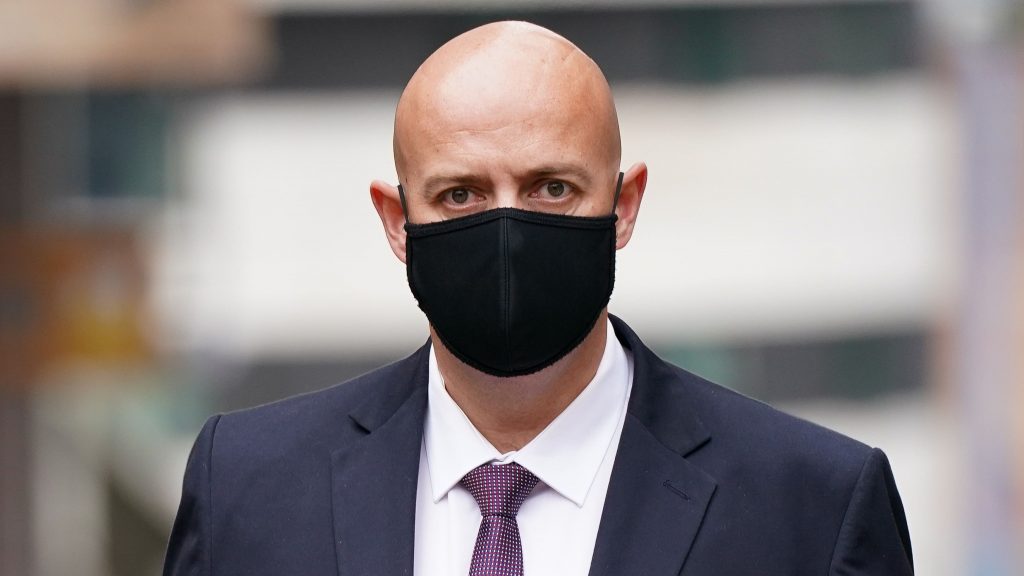 The police constable convicted of the manslaughter of Dalian Atkinson was found guilty of gross misconduct before he killed the football star, after failing to mention two cautions on his application to join the force.

Birmingham Crown Court was told Benjamin Monk kept his job with West Mercia Police in 2011 after being found to have breached required standards for honesty and integrity.

A judge who is due to sentence Monk was told two cautions issued to him in 1997 and 1999 – for theft from a shop during a summer holiday job, and for being found drunk – were not disclosed on his application papers in 2001.

Monk was last week cleared of murder but convicted of manslaughter, after a trial heard he tasered Atkinson to the ground with a 33-second deployment of the weapon, and then kicked him twice in the head while he was on the ground.

The officer, who denied both charges, said he could only recall aiming one kick at Atkinson’s shoulder outside the former Aston Villa, Sheffield Wednesday and Ipswich Town star’s childhood home in Meadow Close, Telford, Shropshire, in August 2016.

Mr Monk was cautioned for theft from a shop as an employee – he was employed at the time at Woolworths in 1997.

There was a further caution in 1999 for being found drunk.

The court was told the warnings were not recorded on a computer system because of policies at the time for dealing with spent cautions.

Speaking before Monk was remanded in custody as sentence was adjourned until Tuesday, Healy added:

When he applied to join the police in 2001 he did not disclose the existence of those cautions.