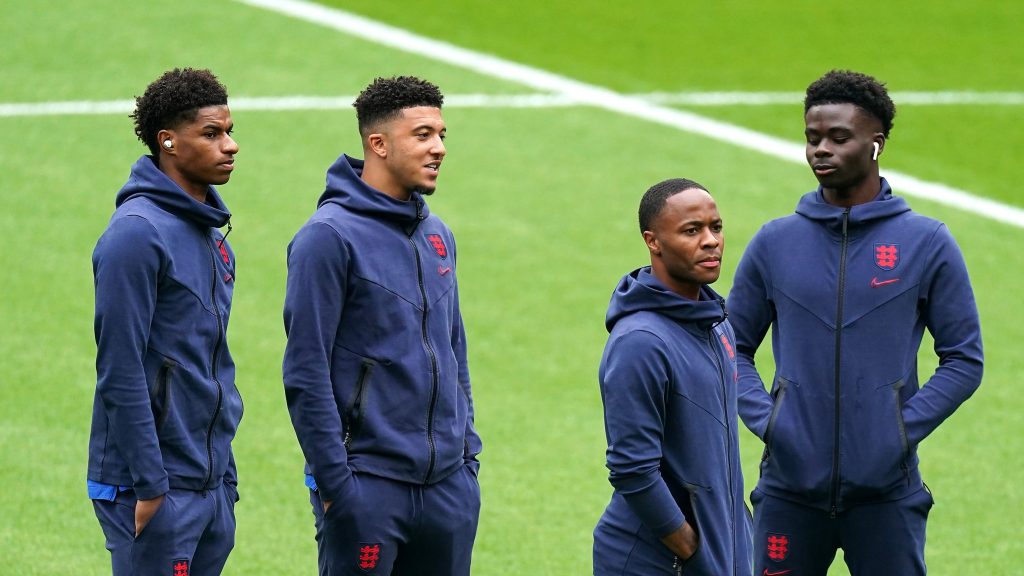 Social media companies are handing police the details of accounts involved in racism towards England football players, with four arrests being made so far in connection with the abuse. An investigation is under way into posts published on Sunday following England’s defeat to Italy in the Euro 2020 final, which targeted black players including Marcus Rashford, Jadon Sancho and Bukayo Saka.

Racist comments appeared on platforms such as Facebook, Instagram and Twitter, with the firms facing criticism for not acting swiftly enough to remove hateful posts. Chief Constable Mark Roberts, the National Police Chiefs’ Council football policing lead, said the companies are now “working very closely” with the UK Football Policing Unit (UKFPU) – which is conducting the hate crime inquiry – to identify those responsible.

The racial abuse aimed at our own players following Sunday night’s game is utterly vile and has quite rightly shocked and appalled people across the country.

Our England team have been true role models during the tournament, conducting themselves with professionalism and dignity. I’m disgusted there are individuals out there who think it’s acceptable to direct such abhorrent abuse at them, or at anybody else.

The UKFPU investigation is well under way and work continues to identify those responsible. We are working very closely with social media platforms, who are providing data we need to progress inquiries.

If we identify that you are behind this crime, we will track you down and you will face the serious consequences of your shameful actions.

The UKFPU has a “dedicated team of investigators working their way through a large number of reports from across the country”.

The unit received reports from various channels including local forces, charities, football clubs and other partner organisations. It has submitted dozens of data applications to social media companies and when an offender’s details are found they are handed to the relevant local force to investigate and take appropriate action.

On Wednesday, Greater Manchester Police confirmed a 37-year-old man from Ashton upon Mersey had been arrested over posts made after the match. The UKFPU also said that, as of Tuesday, 897 football-related incidents and 264 arrests had been recorded across the country in the 24-hour period surrounding the final.

That took the number of football-related incidents during the tournament to 2,344, and arrests to 630.