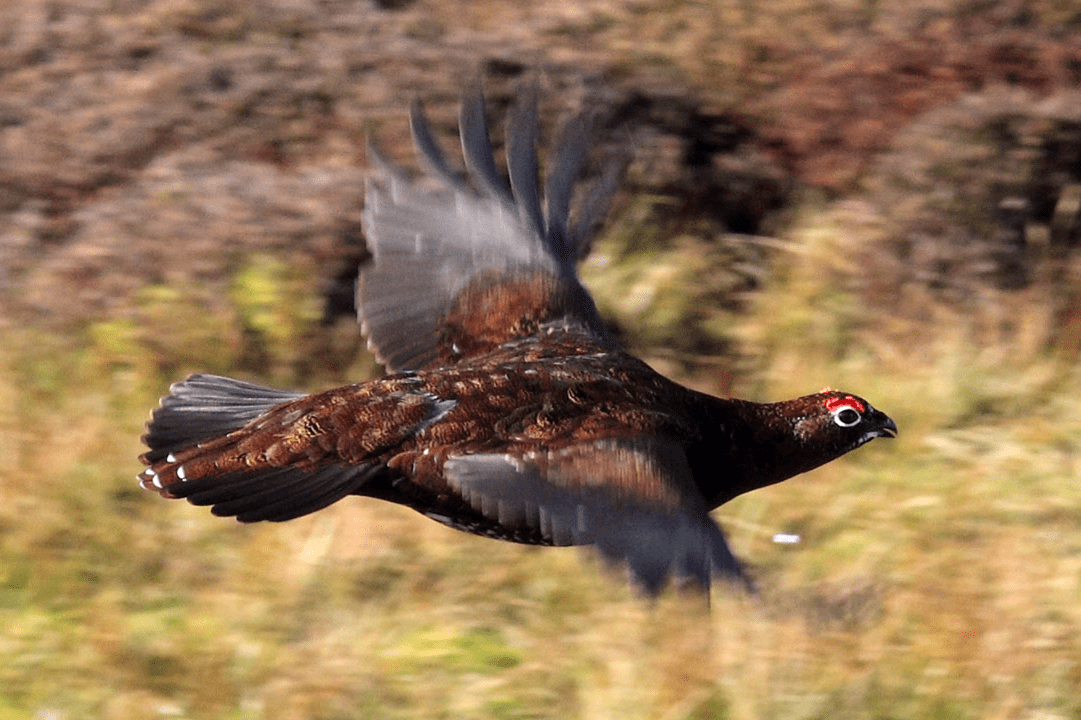 Friday is 12 August. Some call it the ‘Glorious Twelfth’. It’s the opening day of the grouse shooting season, which runs until 10 December. The wealthy and well-connected will don the tweed and head for the moors with their best pair of shotguns to pit their skills against the elements and the fast-flying red grouse which will be driven towards them in large numbers. Over sumptuous suppers, the shooters will compare notes to see who has managed the largest ‘bag’ for the day. And the stories will no doubt improve in the telling as they’re repeated in boardrooms, across trading floors, and up and down the corridors of power.

So far, so much harmless and silly fun, perhaps? But there is a petition circulating which calls for a parliamentary debate on the banning of driven grouse shooting. And it is very close to reaching the threshold of 100,000 signatures. In fact, the discussion which has grown around grouse shooting goes to the very heart of how the UK is governed, and for whose benefit. And it could be an acid test of Theresa May’s pledge to lead a government “not driven by the interests of the privileged few”. It even raises questions about the role of the royal family.

Although a typical grouse moor may only host a few days’ shooting, running one is a year-round business. The habitat, dominated by heather, is rigorously controlled, using techniques refined over the last 150 years. These advantageous surroundings allow red grouse to thrive in large numbers, and the birds are further protected by the removal of predators and the anti-parasitic medication given to them (necessary as parasites can afflict dense populations). And to control ticks which can cause illness in the grouse, mountain hare numbers are deliberately reduced.

The creation of this ‘grouse paradise’ can allow hundreds of birds to be shot in a day, in ‘good’ years such as 2014.

This ‘management’, which proponents say is traditional, maintains important habitats, protects wildlife, and provides rural employment, is subsidised through the agricultural payments system. Under David Cameron, the payment for grouse moors was increased from £30 per hectare to £56. At the same time, the price of a shotgun licence was frozen at £50, well below the £196 they actually cost to process.

Agricultural payments, now thrown into uncertainty by the Brexit vote, were originally intended to boost production. More recently, they’ve had a twin purpose of providing income support to farmers on marginal land (such as hill sheep farmers) and encouraging environmental measures. Grouse farming is only marginal in the sense that high finance is marginal, as it’s a high investment, high reward business.

In terms of environmental benefit, the scientific research doesn’t paint a favourable picture. A University of Leeds study found that the burning and drainage carried out on grouse moors damages the peat and moss on the moors and causes significant problems for the rivers that flow into the valleys below. Water quality is worse, leading to a reduction in wildlife and increased treatment costs for drinking water. Flooding, at least in the heaviest rainfall, is made more likely. The damage to the peat also reduces its ability to store carbon, an ability so vital in mitigating climate change.

In modern parlance, the ability of the uplands to provide ‘ecosystem services’ is diminished by management for grouse shooting.

Heather moorland is a globally rare habitat. Around 75% can be found in the UK. Curlews and lapwing can be heard uttering their otherworldly cries as they float over the tops. Meadow pipits perch on the dry stone walls. And there are red grouse, of course. But unlike in the lowlands, there are very few crows. They can legally be killed, in a variety of ways, to protect the eggs and chicks of ground-nesting birds (grouse being the intended beneficiary).

There is also a notable absence of birds of prey (also known as raptors). The last golden eagle is gone from England, many peregrine falcons have shunned their natural upland home for tower blocks and cathedral spires, and red kites are spreading in the valleys but struggling on the moors. But there is one bird, more than any other, which is acting as a barometer for the ecological health of the uplands. The hen harrier has come back from local extinction before and has enjoyed legal protection for over 50 years, yet it stands once more on the brink of being wiped out in England. Just three nests have been recorded in 2016, despite there being sufficient habitat for more than a hundred times as many. It is this bird that has become a totem for those who want to see a change to the way the uplands are looked after.

The hen harrier was originally driven to extinction by gamekeepers, due to its appetite for the chicks of gamebirds. It is almost universally acknowledged that persecution (now illegal) by shooting interests is the greatest pressure on their numbers. An action plan was set up by the Department for the Environment, Food and Rural Affairs (Defra), involving a number of shooting organisations as well the Hawk and Owl Trust (HOT) and the Royal Society for the Protection of Birds (RSPB). In theory, the plan is supposed to bring about an improvement in the fortunes of the hen harrier, but there are concerns from some that the shooting fraternity merely sees it as a vehicle to justify a continued policy of intolerance to birds of prey, and the RSPB has now withdrawn its support. Whether new Defra secretary Andrea Leadsom can put aside her pro-hunting tendencies and steer this plan more convincingly than her predecessor Liz Truss remains to be seen.

Evidence of unlawful raptor persecution continues to mount up. This May, a junior gamekeeper was covertly filmed setting ‘pole traps’ (illegal for over 100 years) in an area where a female hen harrier had recently been seen. He was convicted, but let off with a police caution. The grouse moor where this crime occurred is owned by the van Cutsem family, who are very close to Prince Charles and his sons. Indeed, William van Cutsem was once questioned by police along with Prince Harry when two hen harriers were shot in the vicinity of the Queen’s Sandringham Estate. That particular crime remains unsolved.

The princes have again come uncomfortably close to the shadow of wildlife crime with the revelation that the worst incidence of bird of prey poisoning ever recorded in Wales took place on the Glanusk Estate in the Brecon Beacons. Glanusk is the family home of Tiggy Legge-Bourke, the nanny who famously said of the princes: “I give them what they need at this stage. Fresh air, a rifle and a horse.” The poisoning at Glanusk was notable not just for its scale but for the fact that the police made no attempt to make the location public, despite the potential danger to people and animals visiting the area, especially people walking their dogs.

In March, Prince William spoke out against poaching and talked of encouraging his children to get involved in conservation. But he also supported the idea of regulated big game hunting, and his comments appeared to be informed less by a concern for wildlife and more by a rather colonial desire to see the exotic creatures of far-flung lands all carefully arranged for the benefit of rich westerners.

In many ways, this is similar to the attitudes of the grouse moor managers who are happy to see lots of creatures killed in order to create a bespoke environment. Certainly, William had no comment to make on wildlife crime closer to home. Until he, or another member of the royal family, does so, many people will continue – given the enduringly feudal nature of our relationship to the countryside – to regard the ‘Glorious Twelfth’ uncritically.

If you think things can’t stay as they are and you want to see an end to driven grouse shooting, sign this petition. It has just passed 85,000 signatures and closes on 20 September.

Check out Birders Against Wildlife Crime for advice on how to ‘Recognise, Record and Report’.