Tom Watson tries to smear Momentum, but it all goes t*ts up [TWEETS] - Canary 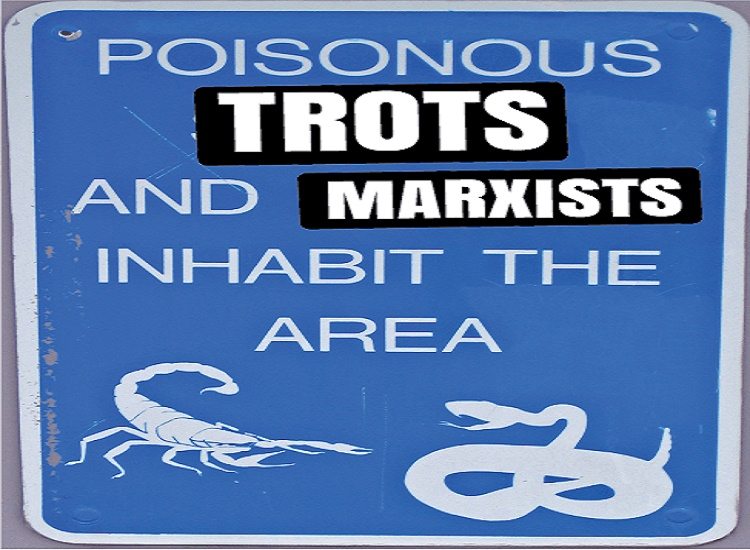 Tom Watson’s claims about Militant and Momentum are not quite what they seem, after a letter sent by the deputy Labour leader to Jeremy Corbyn contained a glaring discrepancy. Watson claims that Momentum members are sharing a document which cites ideas from journalist Michael Crick’s book Militant. But what Watson quotes is not from the book. It’s actually from a review of the book written for centre-right faction Progress by its Director, Richard Angell.

The letter, published on The Guardian’s Scribd page, contains allegations that entryism is rife. Entryism is a political technique whereby people from other parties join another one, to try and force change. In relation to claims he made in an article in The Guardian on 9 August, Watson says that:

My comments in the Guardian were amplifying what we both know to be true; that there has been an increase in members of proscribed organisations attempting to join the party, in particular members of the Socialist Party (formerly Militant) and the Alliance for Workers Liberty [AWL] (formerly Socialist Organiser).

In his letter, he continues:

It’s not a conspiracy theory to say members of these organisations are joining Labour. It’s a fact.

While members of the Socialist Party and AWL may be joining Labour (they have an estimated 2,500 members and probably fewer than 1,000 members respectively), Watson’s claims appear to be about a very small minority of individuals. But he then went further, claiming that he had been handed a document which he was “reliably informed”:

… is being shared between Momentum members with links to far-left parties, which summarises the methods used by Militant in the 1980s, as described in Michael Crick’s book ‘Militant’.

Militant was active in the Labour Party during the 1970s and 1980s. The Socialist Party’s current leader, Peter Taaffe, was a senior figure in the movement. He denies claims that Militant members were “entryist Trots”, citing the fact that they were at the forefront of fighting Margaret Thatcher’s poll tax. Furthermore, Liverpool Council (when run by members of Militant) was one of the few to stand up to Thatcher’s aggressive programme of funding cuts.

But Watson, in his letter, goes on to quote from the apparent Momentum document he has seen: 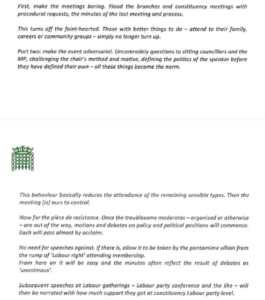 Apart from adjusting the tense from past to present, the above is almost identical to Richard Angell’s review for Progress of Crick’s book.

This is Angell’s review: 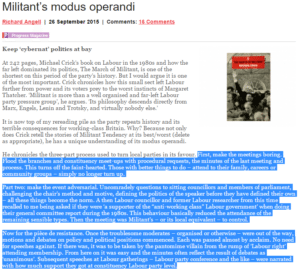 The passages are identical, all bar the adjusting of tense. But these sections are not quotes from Crick’s book. They are Angell’s own interpretations of Crick’s descriptions. Originally published as Militant in 1984, it was updated and republished as The March of Militant in 1986 (the version Angell reviews), and reissued this year. The passages in question have been cross-referenced with the 2016 updated version, and do not exist. Angell has also admitted that the content was his work:

Yes my article is my article. I have never suggested otherwise https://t.co/fRn8lAp8C1

Watson versus the people

So it would appear that whatever ‘document’ Watson may or may not have been handed, it is not the work of Crick. Furthermore, Labour’s Deputy Leader appears unsure of just whether it is “Momentum members with links to far-left parties” sharing the document, or Labour members at Labour meetings:

Yes, it's being circulated at Labour meetings Sam. I know you don't agree with it.

Naturally, The Canary is not implying that Watson has fabricated the existence of such a document. He was asked if a copy could be viewed. No response was given.

Momentum denied the document had anything to do with them, stating:

The description quoted from Michael Crick’s book runs entirely contrary to Momentum’s ethos and ways of organising. Momentum members and supporters would have no truck with the type of [action] described in this alleged quotation.

There may well be a case to be made about members of other groups attempting to join the Labour Party. But as a Corbyn source said, policy on refusing to allow members of other parties to join Labour had not changed. And surely if individuals renounce their membership of another party to join Labour, this should be welcomed by the party. They are known as a ‘broad church’, after all.