BREAKING: Catastrophe just hit the NHS, and it marks the end of our treasured service 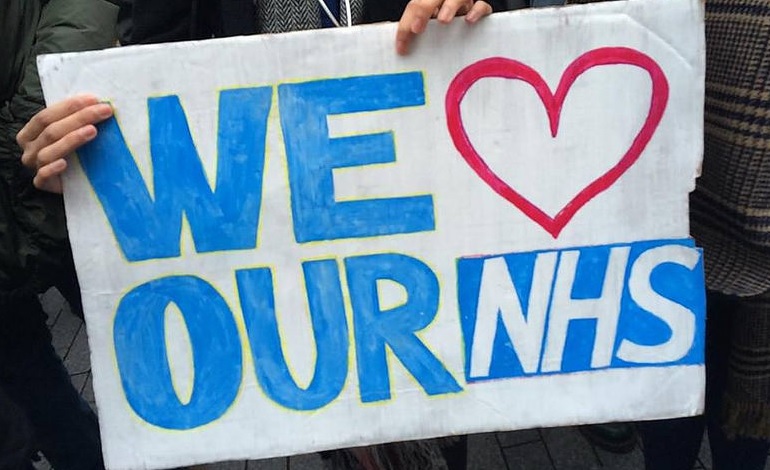 The writing is on the wall for the future of free NHS doctors’ appointments.

On 25 January, GP leaders in England revealed that they are drawing up plans to introduce charges for out-of-hours GP appointments and procedures. Meanwhile, on the same day, GP chiefs in Northern Ireland agreed [paywall] to allow GPs to resign from the NHS entirely.

These alarming developments expose how close the NHS is to ruin. And they should serve as a stark wake-up call to anyone still in doubt that the Tories would dare to butcher Britain’s most treasured institution.

The plans to begin charging for out-of-hours services in England are being drawn up by Local Medical Committees (LMCs). These committees represent GPs locally and nationally. They also work with the General Practitioners Committee (GPC) of the British Medical Assocation (BMA).

The charged services would fall outside of GPs’ NHS contracted work. And payments between GPs and patients would be arranged through a third-party company.

They [GPs] will offer practice services, for example, if someone wants a minor operation but can only do this in an evening, then they can do this by charging a small fee.

Buttar says it is a system that LMCs have been discussing across England. And he claims LMCs could implement it nationally by the close of 2017. He also explained why LMCs are considering the change:

There is a huge gulf between the resources the nation has put into general practice and what it expects. You can either reduce demand or you can increase the funding, and if the state will not increase funding, we have to do it some other way

Last year, LMCs suggested that England’s GPC hold a ballot on whether GPs could resign from the NHS if more funding was not forthcoming. The ballot did not go ahead, as NHS England promised to negotiate over the issue.

We are going to wait for three months – if nothing positive comes up I think other regions might follow this plan. We need to safeguard ourselves… There has to be some other way to continue to practice.

In Northern Ireland, the GPC has agreed [paywall] to collect resignations of GPs from the NHS. Its decision on 25 January means that in-hours GP appointments and procedures in the country will likely be chargeable, in areas where the resignations reach a “critical mass”. At a GPC meeting in October 2016, attending GPs overwhelmingly supported the plan.

The resignation of Deputy First Minister Martin McGuinness earlier in January triggered the GPC decision. Undated resignations from GPs had already been submitted to provoke a rescue plan being put in place by the Northern Ireland Assembly. The Assembly had approved the plan, but its future is unclear after the political upheaval McGuinness’ resignation generated.

Appointments may cost [paywall] around £45 in areas where GPs resign from the NHS and work privately. Speaking to Pulse, chair of the BMA Northern Ireland GP committee Dr Tom Black said [paywall]:

There is a view in BMA House that we’re falling into a trap – that the politicians want us to go private, and they want it to be our decision and not theirs.

Maybe we are. But I don’t have a choice here, because if we stay inside the NHS with the funding levels and the workforce levels, we won’t have a GP service.

The workload, staffing and funding crisis is worse in Northern Ireland, according to its GPC. But as the LMCs’ newest plan shows, there are severe problems in England too.

And one sure fire way of ensuring that GPs in either part of the UK fall into the ‘trap’ of advancing the privatisation of the NHS is the government underfunding it as a public service. As we have previously reported at The Canary, most NHS providers are now in deficit. While piece by piece, the NHS is being sold off to the highest private bidder.

Now, due to excessive workloads, under-staffing and a lack of funding, our GPs are considering private options too. It’s becoming impossible to deny that we’re close to calling time on our NHS.

– Write to your MP to express your views on this matter.