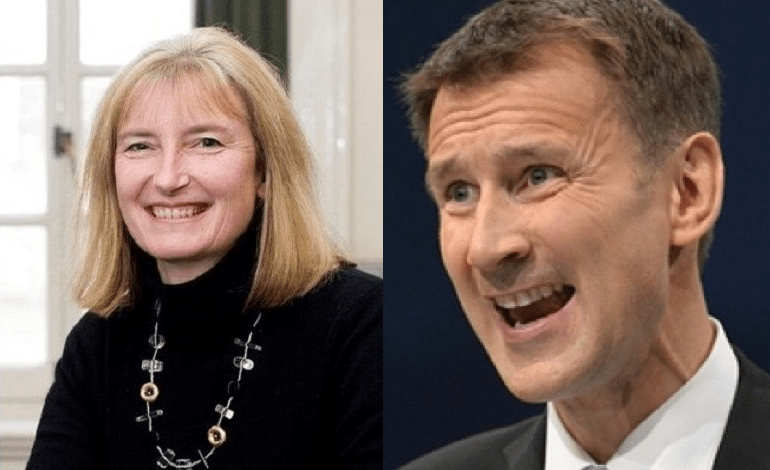 The Conservative Chair of the Health Select Committee called out the fresh bullsh*t coming from Health Secretary Jeremy Hunt on 6 February.

Meanwhile, Hunt has refused to recognise the lack of funding at the centre of the NHS crisis. Instead, the Health Secretary has been singling out health tourism as the problem.

Last month, Hunt faced accusations of “hiding” when the NHS had to call in the Red Cross to deal with a “humanitarian crisis” underpinned by austerity cuts.

So when the public is focused on funding problems, Hunt and the government are nowhere to be seen. Now, the Health Secretary is leading the charge against health tourism. But even the Conservative’s own Health Chair can smell the bullsh*t.

The media jumps on board

The corporate press has also placed health tourism front and centre in its recent health coverage. This began with The Daily Mail and The Sun at the beginning of February. Both widely-read outlets produced front pages condemning health tourism and its impact on the NHS: 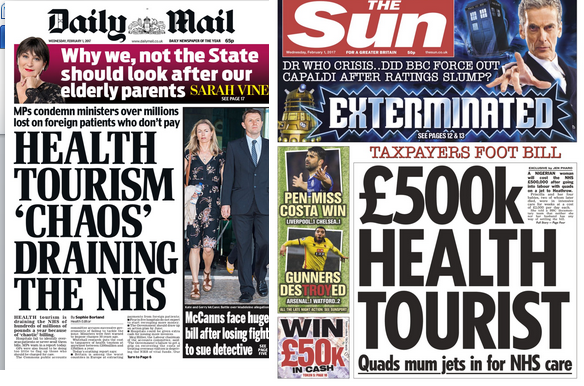 This week, a number of corporate outlets again deemed the story front-page news.

These billionaire-owned outlets are channelling public anger over the NHS crisis into anger at the EU and immigrants.

A genuine front page would highlight that the Conservative government has manufactured this crisis through underfunding. The data clearly shows this. Only one out of 13 trusts are meeting ambulance response targets. In 2016, for example, one million critically injured people weren’t seen within the targeted eight minutes.

May and the Conservatives like to blame people getting older and the season of winter, as if these things don’t happen every year. What has really changed is the huge lack of funding, according to the Department of Health’s own figures:

The government is deliberately defunding the NHS to bring in private capital. But the right-wing press want you blaming the EU and immigration.

The press want to suggest immigration is the problem, despite immigration literally holding the NHS together. Statistics produced by the Health and Social Care Information Centre (HSCIC) show that 26% of NHS doctors are foreign nationals, as of 2014.

As the Conservative’s own Health Chair has pointed out, the focus on foreigners is propaganda in action. The NHS needs more money and doctors. It’s as simple as that.