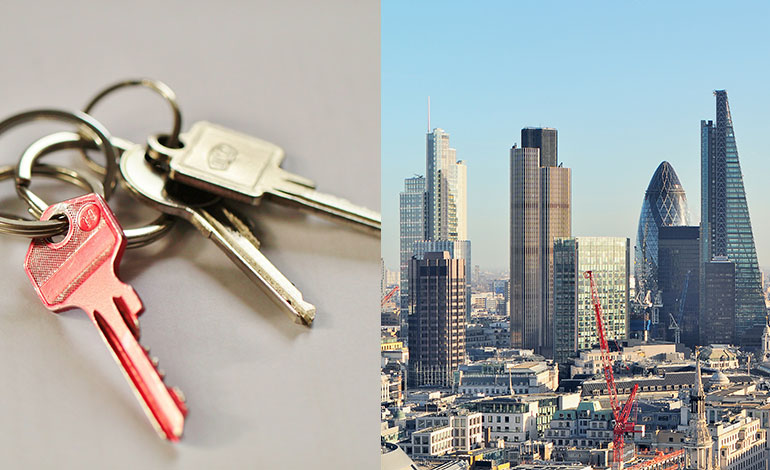 Imagine buying a new home, signing all the papers, moving in, and then learning you owe thousands of pounds to an investment firm you’ve never heard of. It’s a legal loophole in leasehold property contracts that enables third party firms to buy your freehold lease and then charge you extortionate rates to buy it back. And wealthy tycoons are profiting big time.

Katie Kendrick was one such property owner. Three years ago she bought a new build home for £214,000 from developer Bellway Homes. Bellway is the fourth largest volume house building group in the UK. At the time, she knew the house was leasehold. But she claimed the estate agent told her the lease was “as good as freehold” because of its length. And that she could buy the freehold lease after two years for between £2,000 and £4,000.

But the BBC reported:

a year and a half later, she received a letter from Bellway saying her freehold had been sold to an investment company, which was now quoting £13,300 for her to buy it.

Britain has around 1.8 million leasehold properties. 90% of new builds in London are sold under this contract.

Leasehold means a property occupant doesn’t own the property or the land it is built on outright. They own the lease to the property for a set number of years. During this time, the freeholder (usually the property developer) is allowed to sell the freehold lease but the current leaseholders should be offered the right of first refusal.

Under this system thousands of freehold contracts are being sold by the freeholder to third party firms. This is common practice for Bellway who have been doing this for a number of years. In 2011 it sold some of its freehold ground rents to investment firm Dorchester Ground Rent Management, for £6.3m.

Speaking about the system, Sasha O’Neill from Bellway told The Canary:

Where we sell properties as leasehold, the customer is fully informed of this in advance of the purchase and it is within all contractual documentation. Furthermore, the purchaser must liaise with their solicitor on the contracts prior to exchange, as is the case with any home purchase. These contracts also detail the ground rent and terms of the leasehold, and the purchaser will be advised by their legal representative as appropriate.

Ground rent on a Bellway property is calculated in a fair manner, increasing every five years to reflect RPI. Again, this is made clear at the point of purchase.

Although Bellway leaseholds are for a period of hundreds of years, purchasers do have the opportunity to purchase the freehold at the time of buying the house, or may choose to do so in the future at a specified period…

If a purchaser decides to purchase the freehold in the future, they must approach the freehold owner, who will inform them of the purchase price. There is statutory protection around this area, and this protection has been in place for over 50 years. Should the customer not agree with the freehold price quoted, this legislative protection will allow the homeowner to request that a valuation mechanism is employed to determine the final price of the freehold.

But as Kendrick’s case shows, third parties are certainly exploiting their position and driving up the asking price. And this isn’t an isolated example. In January 2017, another woman (known as Heather) spoke out about Bellway. Bellway told Heather in writing that it would cost £3,750 to buy the freehold on her home.

Adriatic Land is a rather elusive company. According to the government’s Companies House register, there are at least six different active registered versions of it. All are registered as private limited companies with offices in Palmer Street, London.

Adriatic Land (3 and 4) went by the name Bellway XII Limited from 2009-2013. From 2013-2016 the company was known as Seaton GR SPV 4. During this time former Bellway director John Watson [pdf] and current director Edward [Ted] Ayres [pdf] were also directors of Seaton GR SPV 4. They terminated their director appointment in February 2016 before the company changed its name to Adriatic Land.

Abacus Land was another such company. The company was incorporated in 1984 and used to buy and sell real estate. It has since entered liquidation. Abacus Land also used to be owned by Bellway, being known as Bellway (North London) Limited from 1984 to 2013.

When asked if Bellway still owned these investment firms, O’Neill told The Canary:

Adriatic Land and Abacus Land previously belonged to Bellway, but this is no longer the case.

But another organisation, Homeground Management, manages the assets of both of these companies. The same company is involved in managing the freeholds for both Katie Kendrick and Heather.

After contacting Homeground regarding its involvement with Adriatic Land and Abacus Land, The Canary received a response from Adrian Flook of C|T|F Communications:

My understanding is that Bellway sold these companies to the institutional investors who now own these freeholds, the assets of which are managed by Homeground.

The ties don’t end there. Homeground was incorporated as Abacus Land Management before changing its name in 2010.

Astor was also appointed director of Adriatic Land 1 in 2013, before resigning. He also served as the director of Abacus Land (1 and 4) for a period of time between 2010-2013.

Regarding Kendrick’s case, a spokesman for Homeground said:

The investors in the freeholds managed by Homeground hold these assets as part of their long term investment strategy. They ascribe a value to each property and would only wish to sell it at that level. There is a tribunal process which a leaseholder can turn to if a mutually agreeable price cannot be reached.

But as Heather’s case shows, this ‘process’ can be costly and include legal and surveyor fees.

So there’s a property builder called Bellway Homes. Bellway owned Adriatic Land and Abacus Land. They were acquired by an ‘independent investor’ and put under new management. But Bellway still continue to sell freeholds to them. Homeground Management manages these assets. Homeground is also a subsidiary of Long Harbour. And to cap it all off, tycoon William Astor owns both Homeground and Long Harbour.

And while leaseholders can buy their own freehold, according to Bellway, they may have to go through a difficult and expensive route to acquire it. The perfect pipeline to pump profits into company coffers.

We are determined to create a housing market that works for everyone. Millions of people own leasehold homes and I am determined to stamp out unfair, unjust and unacceptable abuse of the leasehold system.

I want to see transparency and fairness for leaseholders and I am pleased to announce ongoing support for LEASE, who provide free, valuable advice for existing and prospective leaseholders.

This article was amended at 2.40pm on 10 February. We’ve been informed that William Waldorf Astor IV is not a billionaire and have therefore removed all such descriptions accordingly.

– Write to your MP and demand further transparency in the sector.

– Contact us if you’ve experienced any of these issues.