By cosying up to yet another warmonger, Theresa May is pushing peace even further away [TWEETS] - Canary 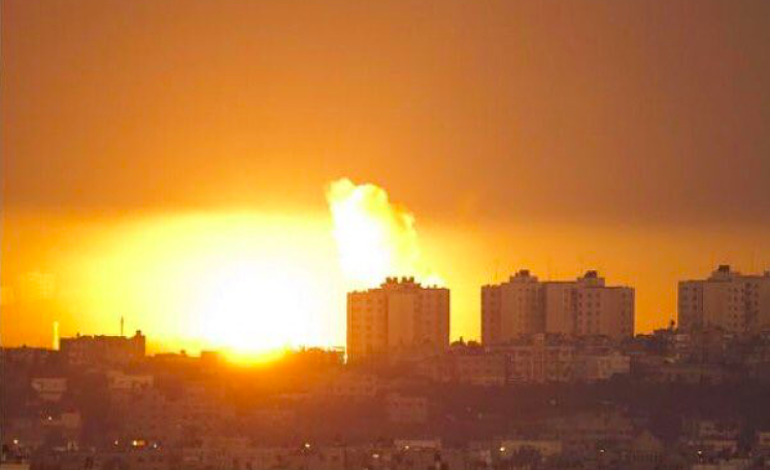 Theresa May met with Israeli Prime Minister Benjamin Netanyahu on 6 February. But back home in Israel, things remained far from diplomatic.

The meeting between the two leaders was apparently for talks on trade. But Netanyahu also took the opportunity to urge May to renew sanctions on Iran. Some, however, encouraged May to speak to Netanyahu about his ongoing building of illegal settlements in the West Bank. Amnesty International urged her to tell him that he is violating international law. And Labour Party leader Jeremy Corbyn said this is undermining chances for a two-state solution.

May claims that the UK remains committed to a two-state solution. But back home in Israel, Netanyahu’s actions are slowly eviscerating Palestinian land, making a two-state outcome virtually impossible.

While the Knesset passed a bill on 6 February that would legalise settlement-building on Palestinian private land, effectively making it possible to annex the whole of the West Bank, the southern enclave of Gaza came under fierce attack.

In retaliation for rocket fire that apparently landed in an empty field in southern Israel, Israeli Defense Forces (IDF) allegedly launched 19 attacks on Gaza on 6 February.

Airstrikes hit three Hamas positions, claimed by a local news source to be in Gaza City, Khan Younis and Juhor ad-Dik. Apparently, two Palestinians were injured. But it’s not clear who fired the rocket, or whether it was in fact Hamas.

To Israel, however, the fact is irrelevant. From his visit in London, Netanyahu said:

My policy is to respond strongly to any rocket fire

Defence Minister Avigdor Lieberman, meanwhile, said that Israel would respond to any rocket fire in order to get Hamas to rein in smaller extremist groups in Gaza. And according to The Times of Israel, most of the rocket fire (which has dwindled since the last Gaza incursion) has come from other more extreme groups.

Lieberman also said the attacks were in retaliation for all of the activity in the last month.

Gazans took to social media to post pictures and video of the events.

Israel has been punishing Gaza systematically since Hamas won elections there in 2006. Three wars ensued in the strip between 2008 and 2014. Gaza is the only strip of land that Israel recognises as Palestinian. But Israel opposes Hamas’s government, and its international allies view Hamas or its military wing as terrorist organisations. Gaza is also still technically under occupation because of a crippling Israeli blockade. The UN has previously criticised Israel’s disproportionate use of force in response to the rockets fired into Israel, and what it calls the state’s “collective punishment” of Palestinians. As Gaza is a densely populated area, attacks on Hamas targets can have a devastating effect on the civilian population as well.

Theresa May appears to be continuing the tradition of UK leaders before her by cosying up to Netanyahu. But as she does this, the conflict between Israelis and Palestinians is no closer to being resolved.