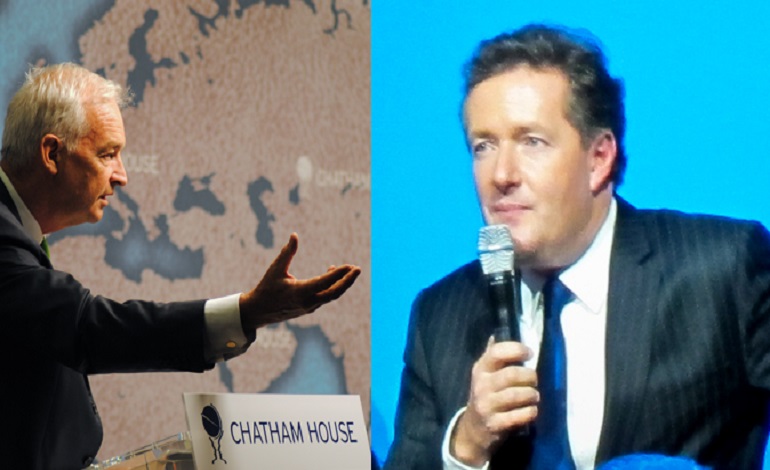 Piers Morgan came a bit of a cropper on Monday 6 February after trying to throw some shade at Jon Snow. The Good Morning Britain (GMB) presenter was mocking Snow and Channel 4’s week of ‘fake news’ programming. But the veteran Channel 4 News anchor was having none of it.

Channel Four is running a week-long series on the topic of fake news. On the station’s news bulletin it ran a segment on whether people could tell a real headline from a ‘fake’ one. And Morgan used the opportunity to remind Snow of an incident from 2011:

So glad @jonsnowC4 has started a Fake News segment on @Channel4News. He's something of an expert at it. https://t.co/zlmE0FPUFO

In 2011, Snow mistakenly reported that CNN had sacked Morgan. But a fake Twitter account had started the rumour. It claimed the broadcaster had suspended Morgan over allegations of phone hacking at his former employer The Daily Mirror.

Snow apologised to Morgan at the time, tweeting:

In May 2015, the owner of The Daily Mirror, Trinity Mirror, admitted hacking phones to get more than 100 stories. Morgan has always denied any involvement.

But Snow was having none of Morgan’s backchat. He responded:

And this from a man who got sacked from the Daily Mirror for making up news! https://t.co/yLY9DShIm1

Trinity Mirror reportedly sacked Morgan in 2004, over the publishing of fake photographs of British soldiers abusing Iraqi prisoners of war. The publisher said at the time:

The board of Trinity Mirror has decided that it would be inappropriate for Piers Morgan to continue in his role as editor of the Daily Mirror, and he will therefore be stepping down with immediate effect.

But the GMB presenter has always refused to apologise over the incident. And he also hit back at claims the photographs from 2004 were ‘fake news’:

More Fake News!
I was sacked from the Mirror for exposing the truth about rogue QLR troops, as was later confirmed. https://t.co/2JEBw9FCOY https://t.co/nGCyQkdpVC

With the GMB presenter claiming innocence and the Channel 4 News veteran protesting otherwise, it’s hard to know who to believe. Which is, somewhat ironically, like the whole ‘fake news’ saga itself…