The Tories caused the housing crisis, now they want us to believe they can fix it [OPINION] - Canary 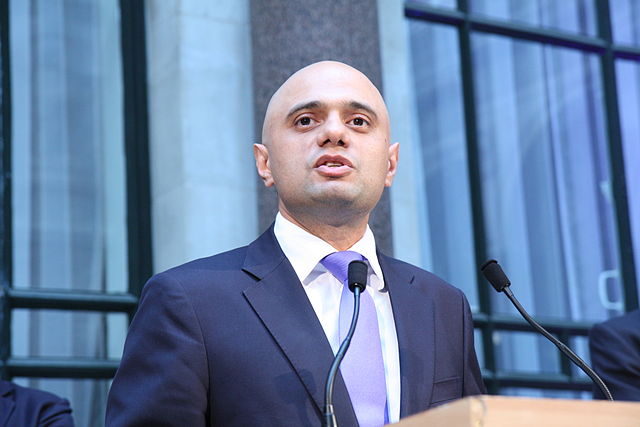 Communities secretary Sajid Javid has been telling everyone who will listen that the housing market is broken. But it was his party that broke it in the first place.

Javid told listeners to the Today programme on 7 February that the government planned to force councils to build more housing because there were not enough “decent homes” for people to buy or rent.

The current system is not working. I think it is the greatest barrier to social progress in Britain today.

He added – what many private renters already know – that houses prices are out of all proportion to wages.

Walk down any high street and you will see young people with their faces pressed against estate windows dreaming about having their own place to own or rent. House prices are eight times average salary. That’s a record high. The market is broken and it’s time to get real.

This is all perfectly true. House building has fallen to its lowest peacetime levels since the 1920s and home ownership is in decline, especially among the young.

Those priced out of the market cannot by and large turn to councils or housing associations anymore. There are 143,000 fewer [xls] council homes than in 2010. These provide the cheapest rents and the most secure tenancies. And only one home in every six sold under the right to buy is replaced.

Instead, people are at the mercy of private landlords. There are 1 million more [pdf] households renting from private landlords than in 2010 including one in four families with dependent children.

Responsibility for the crisis

The Conservative Party cannot escape responsibility for this crisis. It has been in government for the past seven years and its policies have made the crisis much worse.

In 2010, it cut funding for new social housing by 60%. This has led to affordable house-building slumping to a 24 year low. The Housing and Planning Act could eventually lead to the loss 23,500 council homes per year.

Javid’s party has also consistently thwarted efforts to help private renters. In 2016, Conservative MPs voted down a bill that would have required private sector landlords to ensure their properties are fit for human habitation.

The fact is the government’s latest plans – set out in a housing white paper published on 7 February – will not make much of a dent in the housing crisis. Councils will be made to publish local house building targets. Developers will get use-or-lose planning permission. Older people will be encouraged to move out of underused big homes.

But there have been nearly 1000 housing announcements like this since 2010. Many of them include pledges to get Britain building again. There is little reason to imagine Javid will succeed where others have failed.

A system that consistently fails to deliver enough homes will largely be left intact. Since the late 1950s, private house builders have only ever produced around 150,000 to 200,000 homes per year. This is around half [pdf] of what we need. Javid’s plans will leave private house builders to do what they do best; building just enough homes of just enough quality in order to maximise their profit.

The only time Britain built enough homes is when council were allowed to build on a mass scale. In the late 1960 councils helped the country to provide 400,000 homes.

This era came to an end with the election Margaret Thatcher in 1979 and the introduction of the right to buy. And this has steadily eroded the stock of social housing ever since.

Now, the only thing stopping a new generation of council homes is the same free market ideology that animated Thatcher. It is alive and well in Javid.