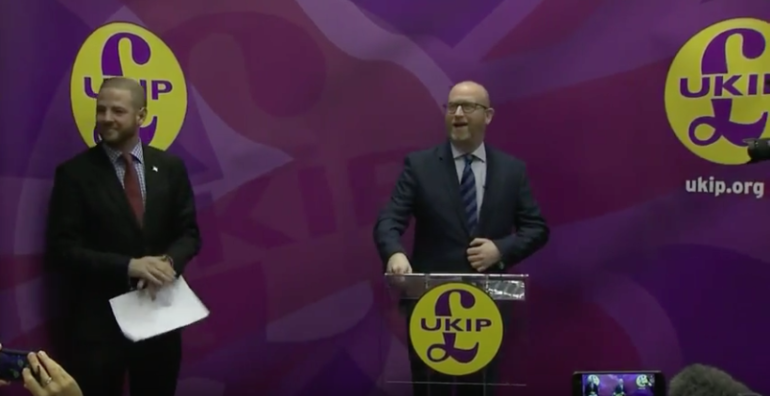 UKIP leader Paul Nuttall’s campaign in the Stoke by-election is already beset by allegations of electoral fraud. We now know that the former UKIP councillor helping Nuttall win the seat is coated in scandal himself.

In August 2015, the decomposing corpses of 71 refugees were found in a refrigerated lorry in Austria. They included 59 men, eight women, and four children – one of them a baby. But the piled and rotting bodies of desperate human beings left UKIP councillor Richard Broughan unmoved. While many sent messages of sympathy and support, he chose instead to tweet a ‘joke’:

#IsItOk to ask migrants to ‘chill out’ following the Austrian refrigerated lorry incident?

Broughan quit the party in disgrace. But he remains on Stoke Council as an independent.

Despite this grim history, Paul Nuttall has welcomed Broughan back into the UKIP fold. The disgraced former colleague was spotted entering the Stoke campaign office sporting a purple party rosette. When quizzed by The Huffington Post on the matter, Broughan confirmed he is working on the campaign. He also stated that Nuttall is “well aware” of his “background”, telling reporters:

I still have a lot of contacts within the party. When I really started to throw myself into it was Friday night when I met up with Paul in a pub locally and we had a chat.

This man puts our politics to shame. Ukip should sack him today, no ifs, no buts, and make clear he will play no part in their by-election campaign.

UKIP and Nuttall have made no public comment on Broughan’s return.

From bad to worse for Nuttall

The UKIP leader is currently being investigated by police over allegations of electoral fraud, after an investigation by Channel 4′s Michael Crick. The investigation revealed that the Stoke property Nuttall named as his home in campaign documentation was in fact empty. The confrontation between the two left Nuttall’s campaign in tatters.

UKIP's Paul Nuttall asked why he listed residence he's never been to as current "home" on nomination form. Party said he was moving today. pic.twitter.com/Q8kq1BekrS

Meanwhile, other scandals refuse to go away.

First, the UKIP leader stands accused of falsifying his CV. This includes a claim that he holds a PhD from a university that has no record of it.

Second, Nuttall’s comments on privatising the NHS continue to haunt him. Although the UKIP leader’s post on the issue was removed, a screenshot still circulates widely. In the post, he argues:

The very existence of the NHS stifles competition, and as competition drives quality and choice, innovation and improvements are restricted.

Therefore, I believe, as long as the NHS is the ‘sacred cow’ of British politics, the longer the British people will suffer with a second rate health service.

Of course, Nuttall failed to account for the NHS repeatedly measuring as the best and most cost effective healthcare system in the world. 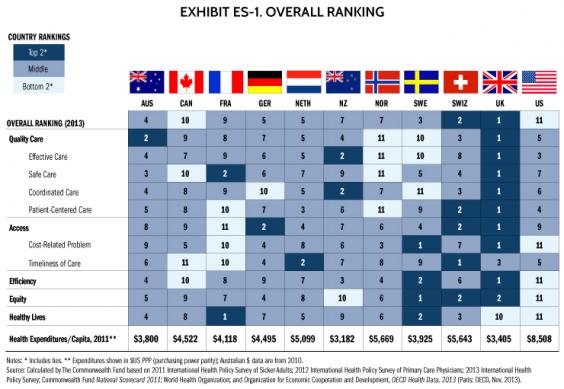 As the by-election approaches, Nuttall’s campaign plumbs new depths of controversy and calamity. Surely, the people of Stoke deserve better than that.

You can support progressive/alternative candidates in the Stoke-on-Trent by-election:

The vote to decide Stoke-on-Trent Central’s next MP will take place on 23 February 2017.