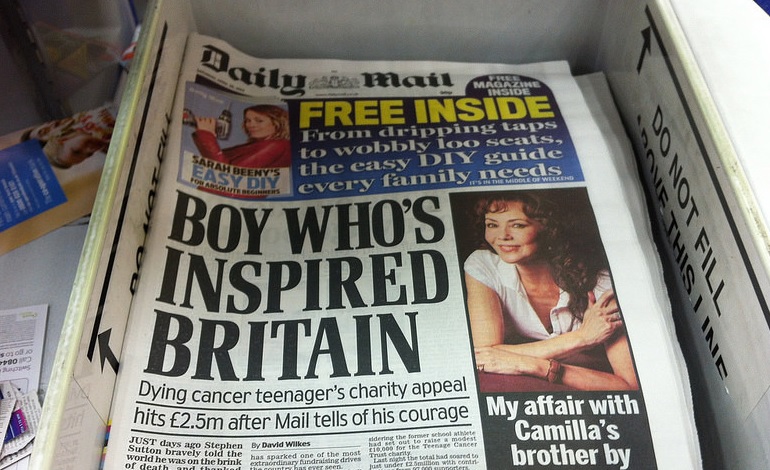 First Lady Melania Trump and The Daily Mail are not the most obvious enemies. Both are married to, in one form or another, a right-wing zealotry. Yet a surprising battle has broken out between them.

Melania has re-filed a lawsuit against The Mail Online‘s publisher over an article put out in August 2016. The article suggested that Melania had once worked for a modelling agency that provided escort services. The Mail Online has since removed it.

First lady Melania Trump expected to develop ‘multi-million dollar business relationships’ tied to her presence in the White House, according to a lawsuit she filed. And she has yet to step away from the companies that manage royalties from her name-branded products, business documents show.

The battle, it seems, is well and truly on.

Melania’s suit against The Daily Mail

The Mail Online‘s article cited a Slovenian magazine’s report on the modelling agency. And in September 2016, Melania filed a case in Maryland against the outlet for defamation. But a judge dismissed that case recently, saying it was unreasonable to file it in Maryland. So Melania re-filed it in New York.

In the new filing, lawyers argue that the escort claims are false and libellous. It also says the story affected Melania’s business opportunities. It claims she:

had the unique, once-in-a-lifetime opportunity, as an extremely famous and well-known person, as well as a former professional model, brand spokesperson and successful businesswoman, to launch a broad-based commercial brand in multiple product categories, each of which could have garnered multi-million dollar business relationships for a multi-year term during which plaintiff is one of the most photographed women in the world

As First Lady, Melania is certainly “one of the most photographed women in the world”. But President George W. Bush’s White House ethics counsellor, Richard Painter, raised concerns over this argument. He told The Washington Post:

There has never been a first lady of the United States who insinuated that she intended to make a lot of money because of the ‘once-in-a-lifetime’ opportunity of being first lady.

Melania’s lawyer Charles Harder, however, says she “has no intention of using her position for profit and will not do so”. Harder infamously represented Hulk Hogan in a case against Gawker, and won $140m in damages. The case bankrupted Gawker.

The Mail Online hits back

While acknowledging the lawsuit, The Mail Online‘s article also details an Associated Press review of business filings. According to The Mail, New York listings show that Melania has not “stepped away from her brand”, and maintains connections to some companies that manage royalties for her name-branded products. The Mail does, however, point out that two of “Mrs Trump’s companies” closed last week.

Furthermore, it notes that:

President Trump continues to financially benefit from his global business empire, breaking from past practice. Previous presidents and their families have divested from business interests and placed their holdings in a blind trust, although there is no legal requirement to do so.

Trump handed daily management of the real estate, property management and licensing business to his adult sons and a longtime Trump Organization employee.

The Mail, of course, is not the first media outlet to highlight this conflict. But the timing is intriguing. And it could signal the start of a very unusual fight.

– Read more Canary articles on The Daily Mail, and Trump.